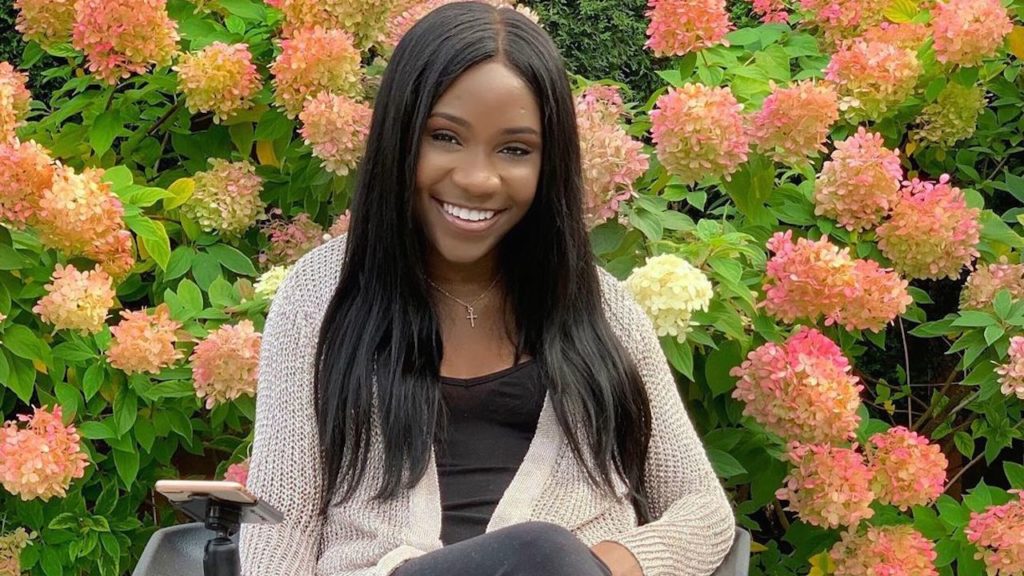 Toronto is a city that is jam-packed with restaurants and event spaces, giving you the chance to do just about anything in the city. Unfortunately, for those with disabilities, accessing these  venues is sometimes impossible. To help make life easier, Taylor Lindsey-Noel is testing the accessibility of Toronto restaurants and event spaces, capturing it all for her TikTok viewers.

Lindsey-Noel goes by “accessbytay” on both her TikTok and Instagram accounts where she posts videos summarizing her experience in Toronto as someone in a wheelchair. So far, she’s visited various restaurants across the city, including Oretta Midtown and Planta Yorkville.

“So it started with a conversation with one of my close friends. She was planning her wedding, and she kept going to different venues and asking ahead of time if they were accessible because I’m part of the bridal party,” says Lindsey-Noel. “She’d show up, and she noticed that there would be steps or there was just not an accessible washroom. Her being around me, she obviously sees these things in a different way.”

After the frustrating experience with her soon-to-be-married friend, they both decided that they should document Taylor’s experience all over the city. The reviews began at a local lipstick bar she visited for a friend’s birthday. From there, she would post her first accessibility review on Oretta Midtown on May 21 of this year.

Lindsey-Noel has seen countless accessibility issues across Toronto. From lack of ramps to doors that aren’t wide enough to fit her wheelchair, she’s seen it all. However, she’s given praise to select restaurants that have flat surfaces, ramps, wide doors and easily accessible washrooms. Specifically, she’s had great experiences at Casa Madera, Leña and Budweiser Stage.


Lindsey-Noel didn’t always have to think about accessibility. Fourteen years ago, she was training as a Canadian National Gymnast on route for the 2012 Olympics in London. While training, Lindsey-Noel’s coach asked her to attempt a skill that, to her knowledge, was totally feasible.

“My coach had asked me to do a skill that’s never been done before in the world, but he withheld that information and lied and told me that it had been done before … I was 14 years old, and after an hour of arguing with him, I decided to trust him. The second time I attempted the skill, I landed headfirst and broke my neck, which cut my spinal cord and landed me in a wheelchair,” she says.

After living life as a high-performance athlete, Taylor had to pivot and figure out her path in a different light. Lindsey-Noel says she’s been able to redirect her life through help from family and friends, which she says has helped “1,000 per cent.”

“I have the best support system I could ever ask for. I’ve still been able to go to university. I own a business called Cup of Té, which is my heart and soul,” says Lindsey-Noel.

Since starting her TikTok account, Lindsey-Noel has experienced an incredible amount of love from two different communities in Toronto and beyond. For those who don’t have to think about accessibility daily, her account sheds light on problems others are experiencing, creating a change of mindset in these individuals.

And for those who rely on accessibility, Lindsey-Noel’s social media has become a daily view for those looking to try out accessible experiences in the city. And unfortunately, those are few and far between.

“I’d first like to say that I was born and raised here. I love my city. It’s not the worst, but it’s certainly not the best,” she says. “There’s a lot of work that needs to be done, and I’m hoping that these videos can help and create a community of people who care.”

In the future, Lindsey-Noel hopes to grow her following, touching more people along the way. She’s going to continue approaching Toronto restaurants with a positive mindset and with the intention of giving everyone a true reflection of wherever she goes.