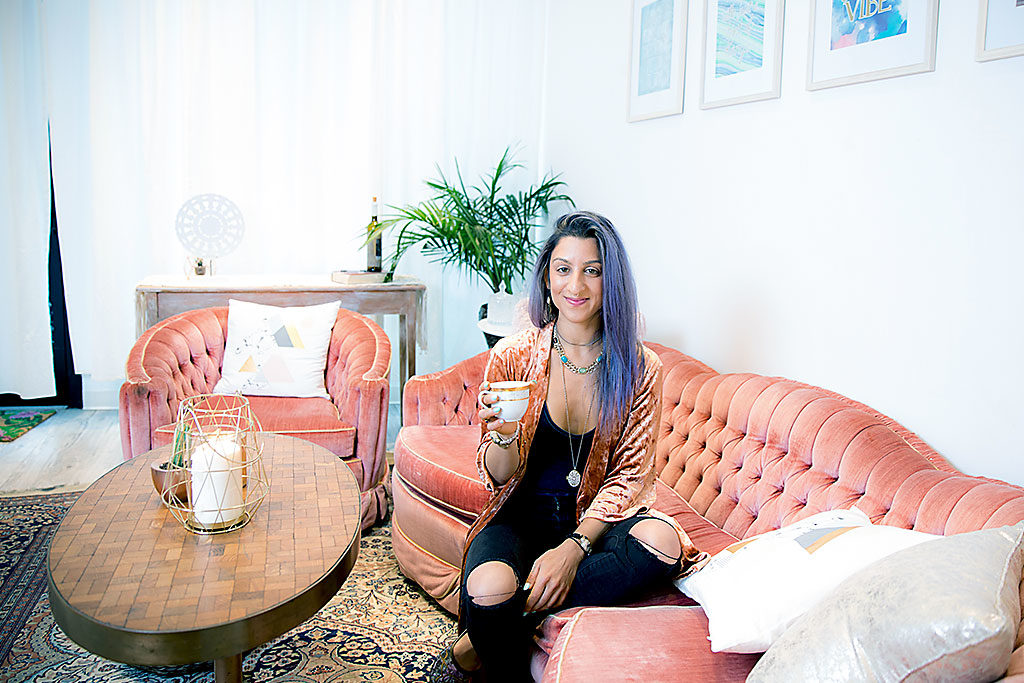 Before teens can head into summer break, they have to get through the dreaded exam period.

Local entrepreneur Vanessa Vakharia (pictured above) wanted to take the dread out of studying sessions by making it fun. Last year, she opened a pop-up Xam Study Lounge, at 2581 Yonge St., with the goal of creating a safe, supportive social place for students to study in.

“There’s this whole narrative around exams that it’s such a miserable time,” says Vakharia. “Imagine if they had this place that they were excited to go to.”

Vakharia says traditional study methods force students to behave in a way that is not pleasant or beneficial to them.

“Being isolated for six hours with a book or material that you’re not comfortable with or being forced to go to the library where there’s no talking, that’s really unnatural for them,” she says.

Vakharia’s lounge has a colouring book station to help students de-stress, and she walks around with sage oils and gives pep talks.

The response from students has been positive with many telling Vakharia that they’ve never performed better on exams.

“Parents like it too,” says Vakharia. “A lot of them are just really happy to see that their kid is so much less stressed out.”

To access to the lounge, students need to book a $15 two and a half hour time slot on EventBrite.

The City of Toronto has also created free youth enhanced spaces in 10 facilities, such as “the Crib” in the Antibes Community Centre. The informal spaces are designed by youth for youth, and include comfortable furnishings, gaming technology, homework spaces and other amenities.

“Youths use the spaces in so many different ways and the idea is to have the space as flexible as possible,” says Howie Dayton, the city’s parks, forestry & recreation division’s director of community recreation. The spaces are open six or seven days a week for about five hours a day after school. One of the common uses is for studying as they are set up with computers, Wi-Fi and multimedia space.

“We’ve had partnerships with George Brown or Humber College who will come in and provide some additional tutoring support,” says Dayton. “Especially around exam time, we know the youths are under high stress and may need that level of extra support.”

For parents concerned about the impacts of exam stress on their teen, there is a summer camp with a focus on mindfulness education.

The Toronto Teen Retreat run by Inward Bound Mindfulness Education (iBme) takes place from July 23 to 28 at the Ecology Retreat Centre in Mono, Ont. The retreat focuses on concentration, compassion and community.

“Concentration comes from actively teaching these mindful skills that help young people learn to self-regulate and give them these skills to calm down and to focus their minds,” says Andrea Poile, the Toronto program co-ordinator.

“We’re not just sitting down on the cushion and observing our breath. There is some of that, but we’re also in nature, and there’s mindful sports and dance,” she says.

Poile says in the five years iBme has held this retreat, she has noticed an increase in school-related anxiety.

“We give the teens a tool box to cope, and a lot of them do cope better,” says Poile, adding that students tell her they use tools such as the Insight Timer app when they are having a rough time at school.

“So they have this skill, and you never know when those seeds are going to sprout,” says Poile.