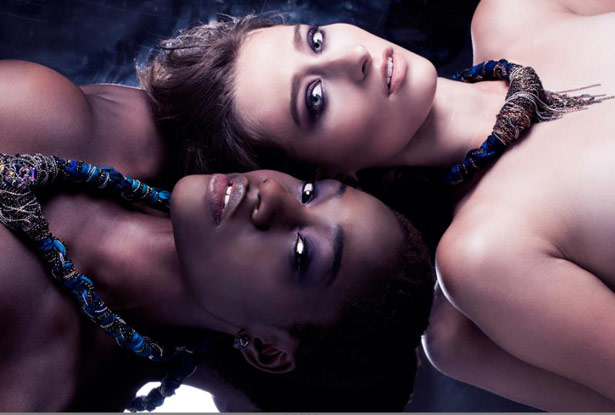 Every week, we round up the best events from the city’s fashion scene. In this edition: I’MONIQ’s fall collection, Jacflash celebrates its fifth anniversary, Rachel Roy makes an appearance at The Bay and more. Lots more.

Where: Miracle Thieves, 249 Crawford St.
When: Sept. 27
Details: Toronto jewellery designer Monique Anderson of I’MONIQ will be showing off her textile-based fall collection, fresh off the heels of a trunk show at Henri Bendel in New York City. If that’s not the biggest seal of coveted approval you can get, we don’t know what is. Music and treats will be provided while you shop.

Where: Brassaii, 461 King St. W.
When: Sept. 26
Details: YYZ Living Magazine cordially invites you to a BLK & WYT party at Brassaii. In their words, they promise the “who’s who” from the worlds of fashion, finance and beyond. Party with them until the sun (nearly) comes up — just make sure to be in your best outfit and arrive fashionably early.

Where: Henhouse, 1532 Dundas St. W.
When: Sept. 27
Details: The only thing better than picking up a new issue of one of your favourite magazines is getting to party with the team that makes it all happen. Plaid Magazine invites you to celebrate the launch of its new Fall/Winter 2012 issue at the Henhouse. There’s no cover or guest list, and the only dress code requirement is to bring your dancing shoes!

Where: Jacflash, 1036 Queen St. W.
When: Sept. 28
Details: Jacflash turns five years old on Friday, and to celebrate, all Jacflash-lovers will receive 20 per cent off on regularly priced items. Can’t make it? Don’t’ fret, their up to 80 per cent off sale section isn’t going anywhere. Birthday after party will take place at Kanji Sushi and Sake Bar with DJ Tenemy.

INSIGHT Does ‘Cinq a Sept

Where: Lavish & Squalor, 253 Queen St. W.
When: Sept. 28
Details: Aussie brand Insight is visiting from down under to show off its new fall collection at an after-work happy hour hosted by Lavish & Squalor. If you love cool and laid back surf-style, along with cocktails and oysters, we say go on by to check it out.

Where: Shops at Hazelton, 87 Avenue Rd., Oval Square, Lower Level
When: Sept. 29
Details: This fashion exhibit and design competition promises to introduce you to Canada’s top 10 emerging designers, each of them fighting for the title of Most Promising Designer 2012. The judging panel features renowned members of the Canadian industry, including designer Marie Saint Pierre and Erin Hershberg, the managing editor of TORO Magazine, and others.

Rachel Roy In Store Appearance at The Bay

Where: The Bay, Queen St., 176 Yonge St., 3rd floor.
When: Sept. 27
Details: Acclaimed NYC designer Rachel Roy is making a special in-store appearance at The Bay. Not only will you have the chance to meet her, but you’ll also get to preview her favourite pieces from her fall collection, and enter to win a $500 shopping spree. As if it couldn’t get any better, sips, sweet treats and hot DJ beats will also be provided.

Grace Carroll is a Toronto-based freelance writer whose work has appeared in ELLE UK, ELLEcanada.com, Plaid magazine and FILLER magazine. Keep up with her daily blog at www.graciecarroll.com.