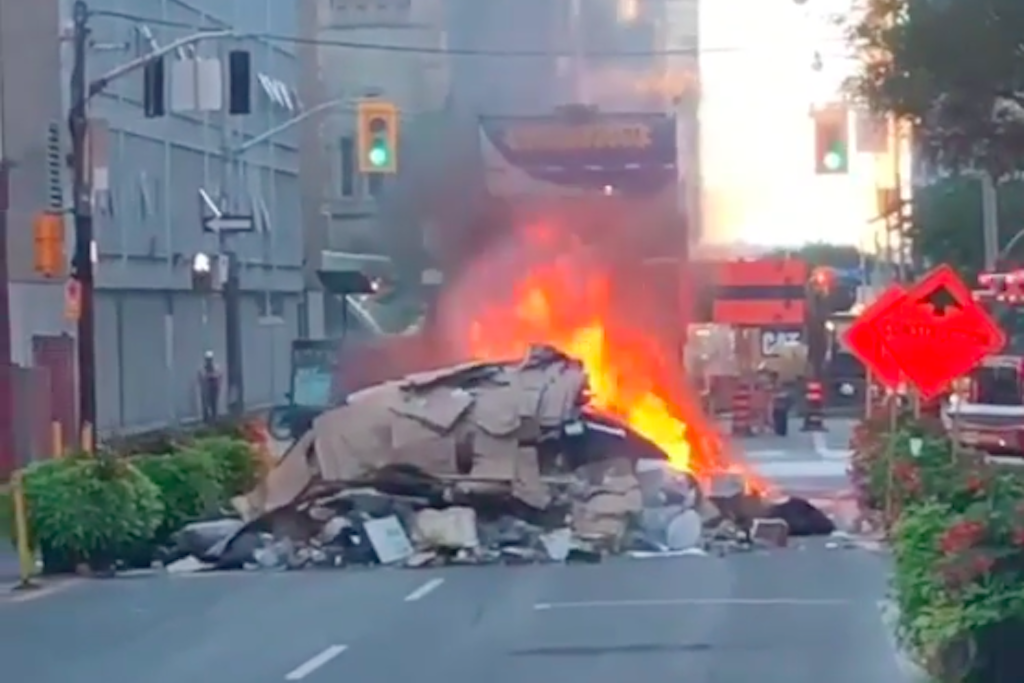 According to eyewitness reports, the truck’s operator was forced to dump the entire load of flaming garbage onto the roadway, while keeping the bike lane clear. Toronto Fire quickly extinguished the fire shortly after 7:30 a.m., but cleaning up the mess took much longer—Toronto police blocked off Simcoe from Richmond to Adelaide Simcoe for crews to clean up the trash.

Chris McGrath, a bystander who captured video of the mess while on his way to work, told the CBC that he believes the driver was picking up waste at the nearby Shangri-La Hotel shortly before the fire started.

Some of the flames, he added, were leaping nearly three metres out of the top of the truck — so much so that you could feel the heat from it.

“I don’t actually remember much of a smell, to be honest,” he said.

There’s no word on how it started, but reports suggest the driver remained calm and dumped the trash before it spread to other parts of the truck.

According to Toronto Police, there were no injuries reported as a result of the fire.