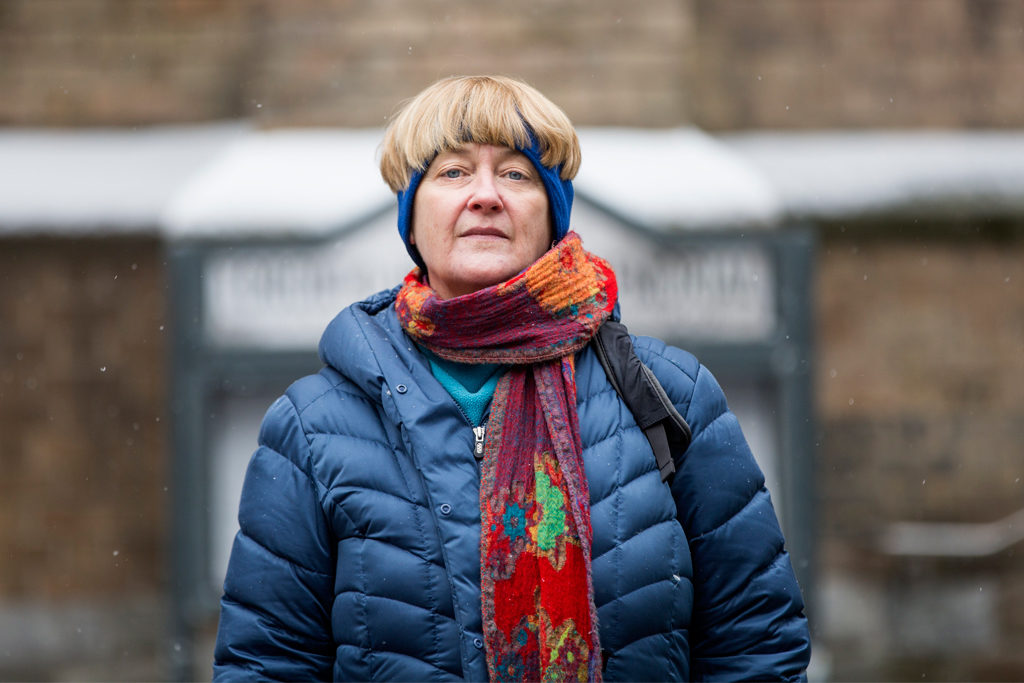 ­People sometimes think this is just a downtown Toronto issue, but it really isn’t is it?
There needs to be a shelter in north Toronto. The most calls I get from average citizens are about the Yonge and Eglinton area around that northern part because there is a gap in shelters around there.

What can local residents do to help that along?
Be familiar with the issue, get to know who your city councillor is and just push, push, push. Tell that city councillor you want them to respond to the issue. And, of course, going into a federal election, they should know what the party stances are of the federal candidates around housing. It’s so doable in the city, and we are just letting things slide.

What would you say to Toronto mayor John Tory?
I would say that there is a strong, strong consensus among citizens and those who work in the field, that he should declare a state of emergency. It’s not that it just happened. There has been a homeless shelter crisis for some time. This year, it is unprecedented. So I would ask him to please listen to the experts. They are all saying the same thing.

“We were all saying we never thought it could get worse than last year.”

Last year was so bad. It seems impossible that it is worse.
We were all saying we never thought it could get worse than last year. One of the factors is that we are losing a lot of affordable housing stock, so where you are seeing condos go up, especially in the downtown core, they are very frequently replacing rooming houses or cheap affordable housing that was there before but that is being demolished. And the economy is still tough for people. If they’ve used up their EI after they have lost their job, those folks are still falling into homelessness, and the numbers are steadily increasing.

Mayor Tory has pointed to an increase in refugees using the system. How much a part of this shortage is a result of that situation?
It’s not that. The refugee system is real for sure, but they are not in the shelter system. They are not in the homeless shelter system. He was actually asked by quite a number of people, including the clergy, to stop using that language and to stop saying it’s a mental health issue. It’s not that mental health is not an issue, but the way he is framing it is very stigmatizing, and it also suggests it’s people’s fault.

So why won’t he just call it a crisis or an emergency?
I think he’s being told by his staff and by senior people and by lawyers that it will not be advantageous to do so. From my observation, he seems to be extremely stubborn and not willing to take into account people who have been working in this field for a long time, what their experiences and recommendations are. And I bear that out by the evidence of last year fighting for the opening of the [Moss Park] Armoury. We fought for the opening of the Armoury, and he refused even when the federal government offered it and then finally ultimately public pressure was so strong that he accepted the Armoury.

Shelters are crowded, but why are so many taking to the woods to sleep or to makeshift encampments?
The real shelters definitely are full, 99 per cent capacity for single men and for single women. The overflow is what we showed in [secretly recorded] video footage [released last month]. I don’t think most people want to spend more than one night there. You don’t know who is next to you. It’s extremely crowded. There is no privacy, no place to keep your belongings. The people sleeping beside you could have pneumonia, colds, flu. There could be bed bugs. Some people, if they’ve been homeless a long, long time, can’t tolerate that, or if just the first time homeless, can’t tolerate that and go into deeper hiding to stay outside.

Eight homeless people have died this winter. Is it exposure?
It’s more complicated. It’s from sleeping outside, but very violent deaths. One was the public, prominent death of Crystal Papineau who died from trauma related to trying to get into a clothing bin. She was a woman who went to Sistering [shelter]. We don’t know the exact cause of death, but I’m assuming it’s a combination of cold weather and trauma. The second was a woman sleeping on a grate on University Avenue who was run over by a garbage truck.

What does this say about the city to others living outside?
That we are certainly not a first-class city. It’s horrible. People I know who have moved away [and come back] write to me saying it is so much worse than when they lived here. Generally those across the country have looked to Toronto as the beacon, as the best practices place.… There is nothing best practice about what we are doing.