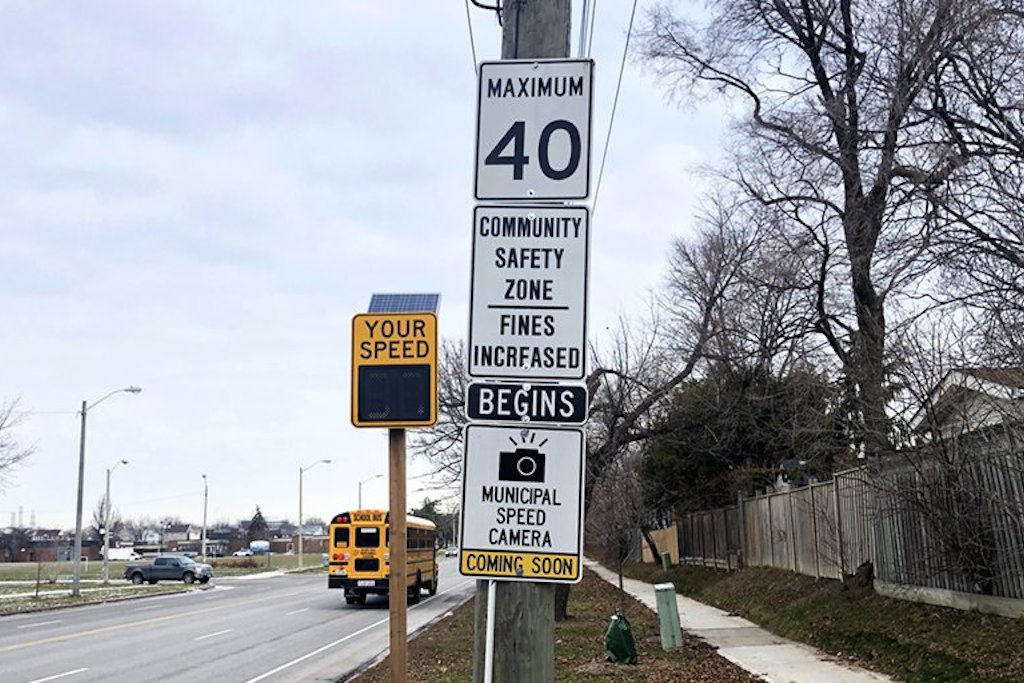 The city’s automated speed enforcement cameras — installed in 50 locations across Toronto — issued 7,645 tickets in the first two weeks of operation from July 6 to 20.

The cameras are installed in community safety zones near schools, and there are two cameras in each of the city’s wards. Signage has also been installed to notify motorists of the speed enforcement cameras at all locations. The cameras will record images of vehicles travelling above the posted speed limit, and tickets will be issued to those drivers automatically.

In a press release, the city stated that the data shows 591 repeat offenders and the most frequent repeat offender received eight tickets in the first two weeks for speeding at Trehorne Drive near Duffield Road in Etobicoke.

The City’s 50 Automated Speed Enforcement (ASE) cameras issued a total of 7,645 tickets between July 6 and 20, 2020, the first two weeks following the start of issuing tickets.

The Renforth camera issued the most tickets overall with a total of 890 tickets making up 12 per cent of all tickets issued in the first two weeks of the program.

Fines are calculated as follows:

The city will be cancelling the erroneous tickets and sending a notice in the mail to the recipients advising them of the error and that no action will be required on their part.