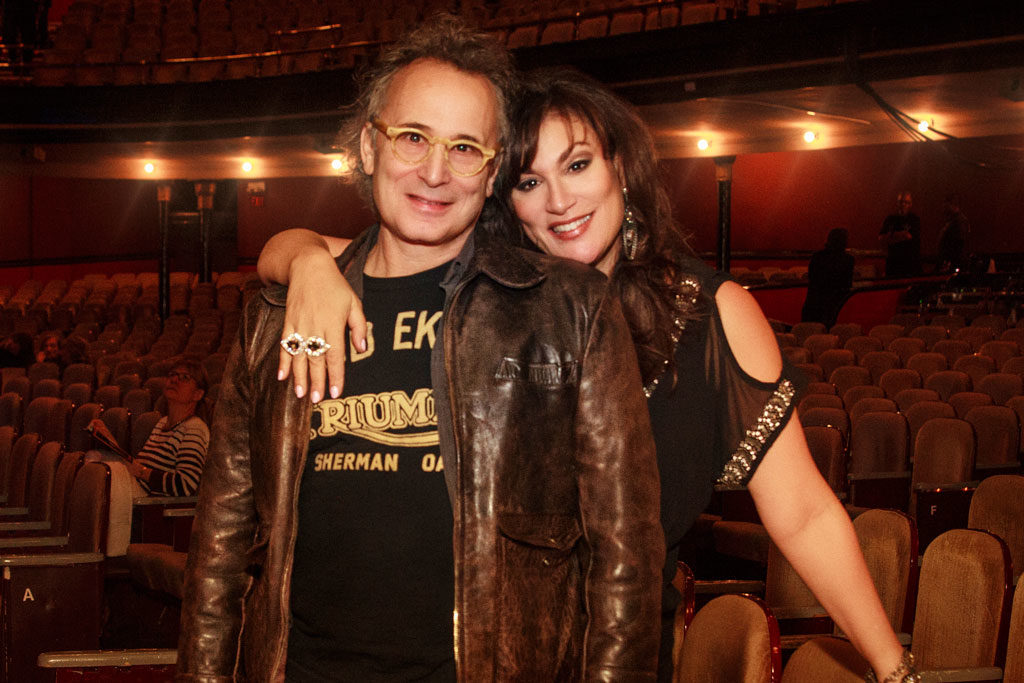 Hot off the release of his new album, Both Sides, Marc Jordan will be performing across Ontario this May. Jordan is married to fellow singer-songwriter Amy Sky and they share a home in Rosedale. Here, the pair dish the details on how they met and fell in love.

Marc: John Capek, my writing partner in L.A., was having a barbecue for all his Canadian friends. Amy was working with John, and we met and talked the whole afternoon.
Amy: I was a fan of Marc’s music but never met him till that party at John’s. He walked into the backyard looking super cool in a pair of skinny black jeans, a white pirate shirt, yellow moccasins and Ray-Bans. My heart skipped a beat when I saw him, and then as we chatted I found out he was really funny and smart.

Marc: Amy wanted to go to a hippie health food place way up in Topanga Canyon called the Inn of the Seventh Ray. I had thought it was going to be weird, but it was actually a very beautiful place in the mountains.
Amy: I had seen this place in Topanga, and it was so L.A. — surrounded by trees and with twinkly lights. Nothing like it in Toronto. Marc picked me up in his ’68 Oldsmobile, and we drove out with the top down through the canyon in the twilight. The wind wrecked my hair as I recall, but it was very romantic.
Marc: They put us at the edge of the patio and there were some coyotes that had come in from the hills, and they were kind of looking at us. I wasn’t sure whether we were going to eat or get eaten.
Amy: We never had any trouble finding things to talk about, and I had a hard time chewing because I was laughing so much. Marc has such a unique take on life and a surreal sense of humour. I thought to myself that this is one person who I will never be bored with.

Amy: Marc was working hard in the studio on his album Talking Through Pictures, so I would invite him to come by on his dinner break. He would come, eat and go back to work. One day, while he was eating these delicious twice-baked potatoes, he looked at me and said, “I like this.” I said, “Oh, you like the potatoes?” And he said, “No, I like you cooking for me.” And I suspected I would be baking his potatoes for a long time to come.

Marc: We got married at Holy Blossom Temple and had a big family party at Amy’s parents’ house in Forest Hill. It was beautiful, and I cried all through my speech. We spent our honeymoon in London and Paris.
Amy: We got married on New Year’s Eve. We walked down the aisle to one of our duets. We were on an artist’s budget on our honeymoon, so we ate baguette sandwiches for lunch and then had a nice dinner. We both came back a few pounds lighter.

Marc: Our daughter Zoe Sky Jordan is 28, and she and her husband Liam Russell are singer-songwriters who live and work in Nashville, Tenn. Our son Ezra Jordan is 25, based in Toronto and is also a singer-songwriter who was a finalist on CTV’s The Launch.

Amy: We are lucky in that we both have the same time demands — long hours spent on the music and often have to travel away from each other. That has always been part of our lifestyle. At the same time, we both get to work and create at home, so we stay in each other’s orbit and are available to listen to and weight in on each other’s work if asked. I like to make Marc’s favourite homemade meals for dinner whenever possible.

Amy: Retirement means getting to keep doing music. We are excited about our musical, Fly High, that we have been developing with co-writer Steve Mckinnon and Junkyard Dog (the producers who developed Come From Away). And also … we’re excited for grandkids!