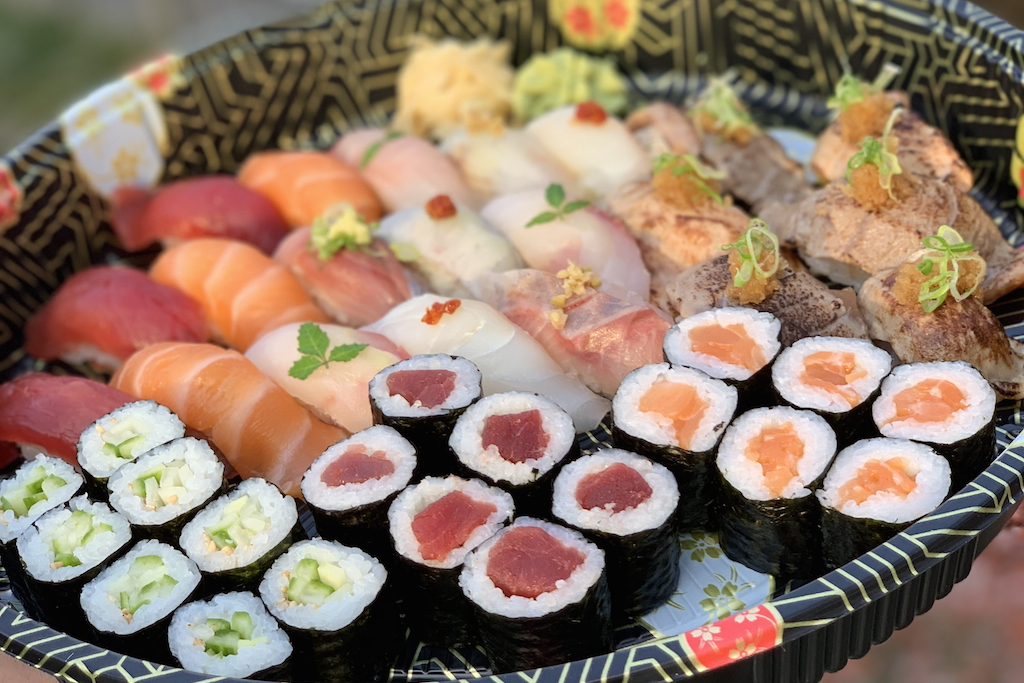 After spending years cutting his teeth in sushi kitchens all over Toronto, Taro Akiyama decided to open his own Japanese fish market. Taro’s Fish set up shop in North York in 2008, and has been a staple in the neighbourhood ever since.

The local restaurant and seafood purveyor is synonymous with sushi grade fish and Japanese groceries. Now they’re opening a satellite location in Markham at Major Mackenzie Drive and Woodbine Avenue.

However, Taro’s famous takeout sushi will be the only products available at the new Markham store. Which means 905ers will still have to travel south for fresh fish and Taro’s curated assortment of prepared foods and Japanese treats.

The new location will feature platters of sashimi, like their Chirashi, which has an assortment of tuna, salmon, octopus, shrimp, white fish and chef Taro’s pick of the day.

They will also have some of the shop’s beloved maki rolls, like their famed torched salmon roll and special rainbow roll.

When deciding to expand, Taro’s took their customer base into consideration. “A lot of our customers told us, actually, that they come from quite far up north, so that’s why we chose to open further up,” said Daniel Lin, project manager at Taro’s Fish.

Their flagship location at Leslie and Sheppard will remain open and will prepare all the take-out portions for the new location.

Since they opened at their first location in 2008, Taro Akiyama has always been true to his mission of running an authentic Japanese-style fish market. Taro’s carries fish and seafood from all over the world and his skilled staff are happy to slice, debone or fillet your fish for you, free of charge.

The Markham location is set to open at 735 Markland St. by the end of March 2020. For more information keep an eye on their Instagram.