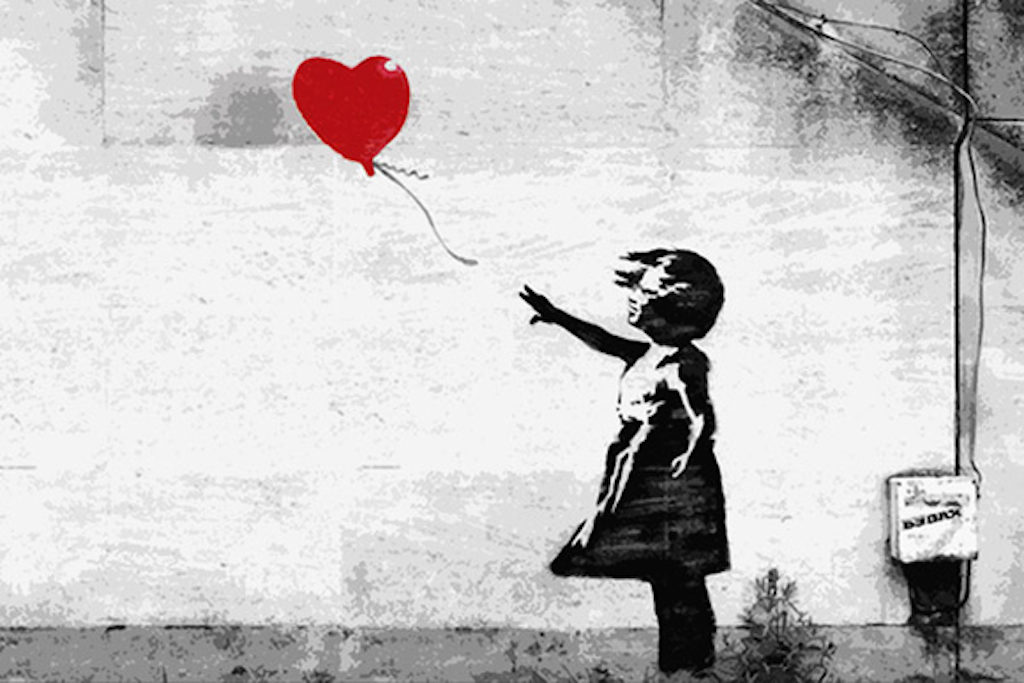 The Art of Banksy has already show in Melbourne, Amsterdam, Tel Aviv and Auckland, but Toronto beat out Athens and Stockholm to host this new incarnation. On June 13, The Art of Banksy, a new exhibition the acclaimed UK street artist, will open in Toronto at a raw exhibition space at 213 Sterling Road.

The exhibit is curated by the secretive artist’s former agent Steve Lazarides, and features the world’s largest collection of Banksy’s works with 80 works on display including such now-iconic works as “Balloon Girl,” as well as “Flag Wall,” described as an “urbanized take on the famous picture of soldiers raising the U.S. flag at Iwo Jima.”

“This is a one-of-a-kind exhibition. You will never again have the opportunity to see this many of Banksy’s works in one place,” says Lazarides. “Once the exhibition is over, the artwork will be returned to art collectors around the world, and the chances that they will be displayed together again in the future are extremely slim.”

Banksy is a English graffiti artist whose has managed to keep his identity a secret since he began his career in the early ’90s. His works are generally of a satirical nature with political activist themes. His works are often found where least expected on city walls, bridges and streets around the world. Since his emergence he has become a cultural icon in Britain and around the world and is one of the most talked about artists on the planet. His works generally sell for hundreds of thousands of British pounds.

Sterling Road is a next-big-thing district with businesses such as the soon-to-open Museum of Contemporary Art (MOCA), Henderson Brewing and Drake Commissary in the ‘hood.