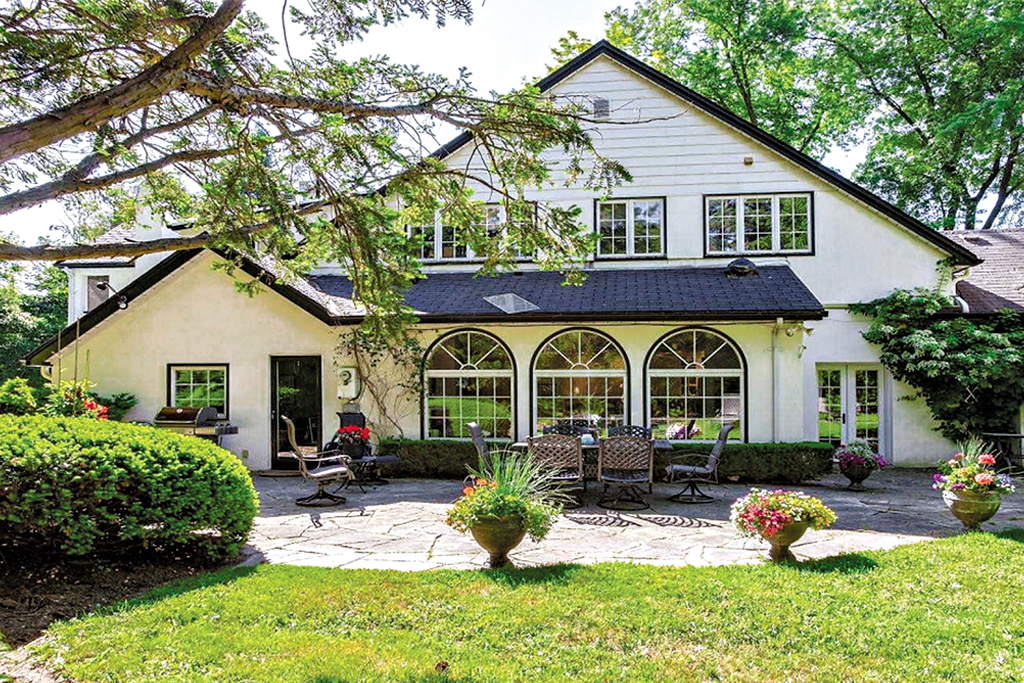 An early 20th-century Hogg’s Hollow home may be saved from the wrecking ball after Toronto City Council adopted a motion from the Toronto Preservation Board to include the building on the city’s Heritage Register.

The home, located at 19 Plymbridge Cres., is a two-storey stucco-clad structure built in 1912 as stables for the Boultbee family and designed in the Tudor Revival style. It is believed to have been designed by architect Samuel Hamilton Townsend (1856–1940), a prolific architectural designer in Toronto who specialized in the design of large residences and estates for wealthy Torontonians, particularly in the Rosedale, Chestnut Park and Annex neighbourhoods.

The home is currently owned by Mohammad Kassirian and Marzieh Beigum Taheri. In November of 2020, a minor variance application was submitted to the city to demolish the existing building to construct a new two-storey home on the property.

The variance was opposed by several neighbourhood residents as well as city councillor Jaye Robinson, who, in a letter to the manager of the City of Toronto Committee of Adjustment North York District, noted the length of the proposed building was 36.6 metres, more than double the 16.8 metres permitted in the zoning bylaw.

Kassirian and Taheri purchased the property in November of 2019. A heritage property nomination had been submitted to Heritage Planning in March 2013 on behalf of previous owners, but the Toronto Preservation Board did not recommend the property be included on the Heritage Register until its meeting on Feb. 17, 2021.

The initial hearing on the minor variance had initially been scheduled for Feb. 25, 2021, but was deferred to allow heritage staff time to assess the heritage value of the property.

In a letter to councillor Robinson dated Feb. 26, 2021, Frank Gardner, of Gardner Law Firm, who represents Kassirian and Taheri, said that heritage staff came to the conclusion the property should be included on the register without attending the site to view the property or undertaking an inspection.

Gardner stated that the process was unfair as it came very late without fair notification or dealing with the owners, and thus the minor variance should be considered on its merit.

Tamara Anson-Cartwright, program manager of Toronto Heritage Planning said the long delay between the property’s nomination and eventual inclusion on the register is due to a backlog created by nominations outpacing available resources.

“As a result, Heritage Planning adopted a strategic approach to the nominations, prioritizing research and evaluation for properties subject to a planning application and or ones that were at risk of demolition or irreversible change to provide advice to council,” said Anson-Cartwright.

Anson-Cartwright added that the pandemic had made visiting the property unfeasible.

“In these extraordinary times of the pandemic ‘stay at home orders’ and or generally when the visibility of a structure or building on a property is limited from the public right-of-way, additional sources of documentation about the site including photographs may be considered,” said Anson-Cartwright. “Should the property be evaluated further for designation under Part IV of the Ontario Heritage Act, staff would seek permission from the property owner to access the property in order to document the building and site.”

The owners of the property have now deferred the minor variance application to discuss the situation with heritage staff, and the file is on hold.