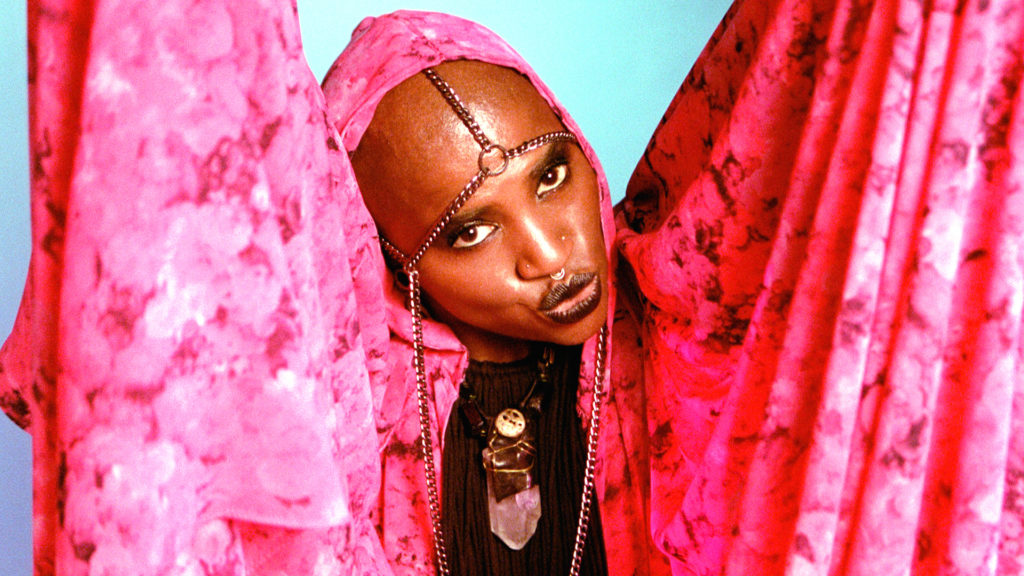 After years of growing up in the entertainment industry, singer-songwriter SATE has finally been nominated for her first Juno Award, and it likely won’t be her last. Her sophmore album, The Fool, is nominated alongside records including Mustafa’s When Smoke Rises and Ruby Waters’s If It Comes Down To it for Alternative Album of the Year.

“To sate” means to fully satisfy a desire or hunger, which is what the Toronto performer aims to do, both on and off stage. With that, she also aims to be satisfied herself.

And there’s no denying that SATE, with her electrifying voice and powerful stage presence, does exactly that — she satisfies. Though she paves her own path, blending punk with rock and blues, her natural talents prove that she has music in her blood.

“I literally was born into this,” she says. After all, her mother is “Canada’s First Lady of Blues,” Salome Bey. Before her 2020 passing, Bey blessed Toronto with her soulful voice as a jazz and blues icon. Alongside her appointment as an honorary member of the Order of Canada and her more recent induction into Canada’s Walk of Fame, Bey was monumental in providing music and theatre opportunities for Toronto’s Black community. In April, Bey was commemorated with a new Canada post stamp.


With the legendary Bey for a mother and restaurateur, club owner and music collector Howard Matthews for a father (who was the owner of Toronto’s first soul food restaurant, the Underground Railroad), going into music and performing was for SATE like going into the family business.

“This was always my life. I didn’t see anything different,” she says.

Growing up, she was constantly attending concerts and was even onstage at Massey Hall at six years old while her mother performed.

Music wasn’t SATE’s only artistic talent, as her devotion to the stage led her to major in dance while at Earl Haig Secondary School. There, she experimented with everything from ballet to modern, tap and West African.

Since then, all her focus has gone into her music. Now, SATE’s earning her stripes as a Juno-nominated artist for The Fool is well-deserved and long overdue after 10 years of being a creative force in the industry. The album, all 12 tracks of which were either written or co-written by her, was inspired by The Fool tarot card.

“It’s just realizing, after being a student of tarot and numerology and astrology and all the cosmic arts, that I’m very much The Fool, as we all are,” she says. “We’re all on The Fool’s journey, figuring life out, up and down.”

SATE says it was “emotional” to be back onstage in Toronto last month after a pandemic hiatus. For SATE, being onstage “is like riding a bike. It’s like breathing.”

From performing to songwriting and singing, SATE says everything she does comes from her mother.

“It’s always been an ancestral, spiritual, intentional act of communicating with music and art and God energy, Goddess energy, magic. All of these things — it’s all legacy work.”