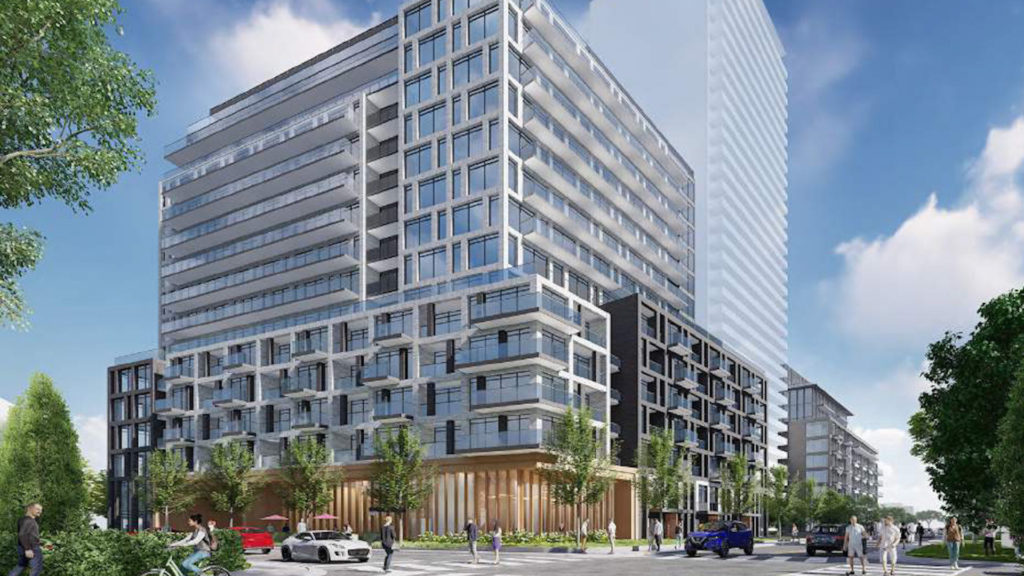 Residents of a midtown Toronto high-rise are set to hold a rally today in the hopes of saving their building from what they call an outrageous development, that would see the loss of their green space, the blocking out of their windows, and some even losing their homes.

The proposed 11-to-15-storey structures, are expected to add an additional 61 residences, bringing the total to 940 residential units, and will see the demolition of 20 rental townhouses on the property.

Jacquelyn Wint, a resident at 500 Duplex said the loss of the green space would have an impact on neighbourhood park space that is already overwhelmed.

“It has been a vital connection point to the local community, not just the residents in the current tower,” she said. “Nature is a good catalyst for physical, emotional, and mental health and our greenspace is an important balance in a community where it’s already quite concrete and tower heavy in the Yonge and Eglington area.”

Wint also asserts that the proposed development fails to comply with city guidelines, that some tenants could lose their apartments, and that current amenities such as visitor’s parking, pool, tennis court, and the in-tower convenience store would also be lost.

“We are not anti-development, we are for wise development that makes sense in the community,” Wint said. “This development is proposing to add more of the same kind of development that’s an influx in this neighbourhood and doesn’t address the range of housing needs.”

Councillor Mike Colle, who represents Ward 8, Eglington-Lawrence, said that the developer has bypassed city council and gone to the province’s Ontario Land Tribunal for approval.

“The owner refused to partake in the city process,” Colle said. “That’s the first time in my life I’ve ever seen a developer refuse to come to the community consultation meeting by the planning department.”

The rally to save 500 Duplex is being held today at 5:00 p.m. at Montgomery Square, the historic site of the Upper Canada Rebellion of 1837 led by William Lyon Mackenzie.

“We hope to expose this outlaw behaviour by the developer that is basically destroying the homes of people who live in this building, some of them for 50 years,” Colle said. “It’s really a total disregard for residents who have paid their rent and been good tenants for decades.”