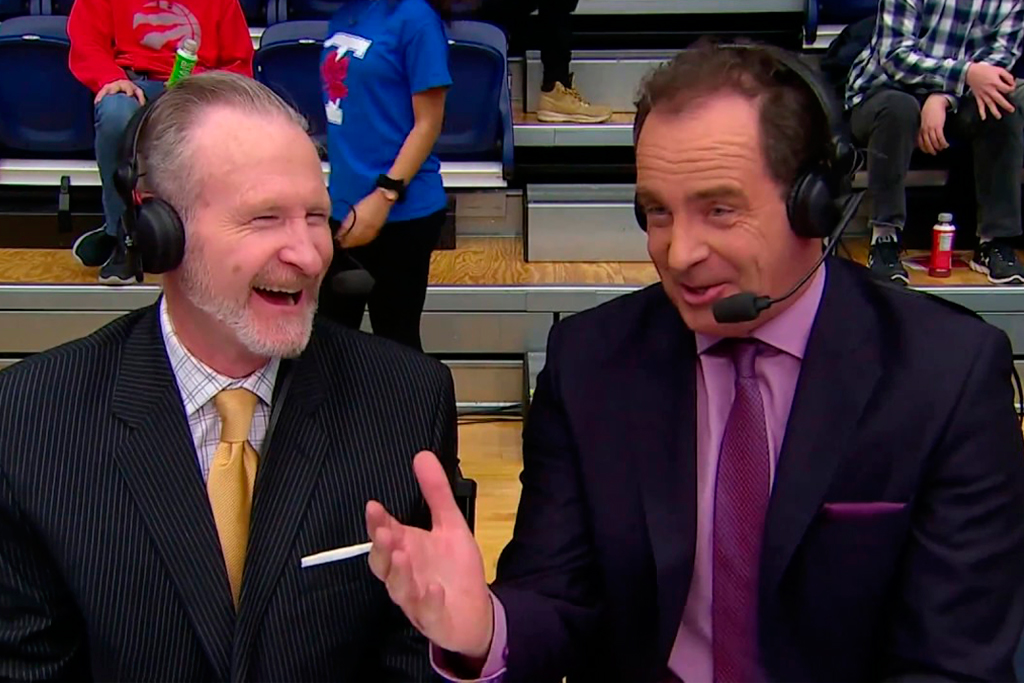 The Raptors’ heart and soul is Kyle Lowry, but he’s 34. What are you expecting out of him this season?

A lot of the same, you know. What’s the line? Excellence is a habit, not an act. He has great habits, and he just plays the game hard and smart and tough. So he’s kind of like a fine wine and gets better with age.

You’ve been around since he first arrived, what, eight years ago? How has he changed most noticeably?

I think, you know, there comes a point for players where there’s an appreciation level that he understands his value to the team and the respect he gets in return. I think he’s bought in and the team has bought in to him. You know, it’s a two-way street. And I just think there’s a comfort level now that exists when you watch him play with the Raptors. I’ve been covering the Raptors for 23 years, and, you’re right, I’ve seen Kyle his whole career. And to me, I just think he’s at a place now where he totally understands what they want from him. And they totally get him.

Is he the top of the list of all-time great Raptors in your books?

Well, I mean, look, you know, I mean Kawhi [Leonard] had an amazing one year. Chris Bosh was a great player, and Vince Carter is probably the most talented player to ever play in Toronto. But I would put Kyle at the top of the list in terms of the greatest Raptors. If they’re going to retire a jersey number or if they’re going to put a statue in front of the arena someday, before there’s a discussion on anyone else, in my opinion, Kyle needs to be that first guy.

Pascal Siakam had a rough go of it in the bubble [with a disappointing performance in the 2020 post-season] as did many other players. You’ve seen young stars come and go. What is the kind of ceiling for him?

I feel pretty confident that he’s gonna have a really nice season. He played terrific before the season shut down. So I have a lot of confidence that he’ll get back to that, and he’ll settle back into a groove. I don’t know what happened. But I think he’ll learn from it.

We lost a couple of big pieces in Serge Ibaka and Marc Gasol. How do you rate the off-season for the Raptors?

Personally, I think they’re going to miss Serge Ibaka. No doubt. I think, at this stage of the game,  a guy like Marc Gasol, I don’t know if they’re gonna miss him as much. I think a guy like [new Raptors big man] Aaron Baynes is an upgrade in my opinion. I’ve always liked Baynes. He’s tough; he rebounds. He sets good screens; he can score around the basket. He’s a winner.

What are your thoughts on rookie Malachi Flynn?

I watched him play a lot when he was at San Diego State. He’s polished. He’s just a good old-fashioned guard. He’s got great instincts and awareness and just makes good plays. He can shoot it. He’s a shotmaker; he’s a playmaker. He’s got poise, composure, maturity. So I think his experience and playing with Kyle [Lowry] and Fred [VanVleet] will really accelerate his growth process. I think he’s a keeper.

The Raptors did a great job of promoting Black Lives Matter. You have three African-American kids you and your wife adopted. What did that mean to you, as a father?

Well, I’m proud. I’m proud of that. I’m proud to work in a league that embraces everyone having a voice and respects people’s voices. And in particular, I think the Toronto Raptors were leading that, and so I’m very proud to work with a franchise that is willing to stick their nose in the situation and stand at the front of the line and say, “Hey, we need to be better, we need to do better. We need to make a difference.” So I’m very proud to be part of that.

It must have hit home for you on a personal level as well.

Obviously, as a parent of three adopted African-American boys, you know, those issues that come to light really hit home. And, you know, before I had my kids, I was a college basketball coach, high school basketball coach and coached, you know, a lot of African-American young guys and had just the same concerns for them and still have for them, now that they’re guys in their 40s with their own families. I still stay in touch with them. What’s that line? Sometimes life takes a wrong turn in the right direction. And the fact that we had the pandemic and people were at home a lot more and not as mobile, this issue [Black Lives Matter] really hit people front and centre. It was like the perfect storm, where it opened everyone’s eyes.

The Toronto Raptors kick off their season on Dec. 23 versus the New Orleans Pelicans at their new and very temporary home in Tampa, Florida.