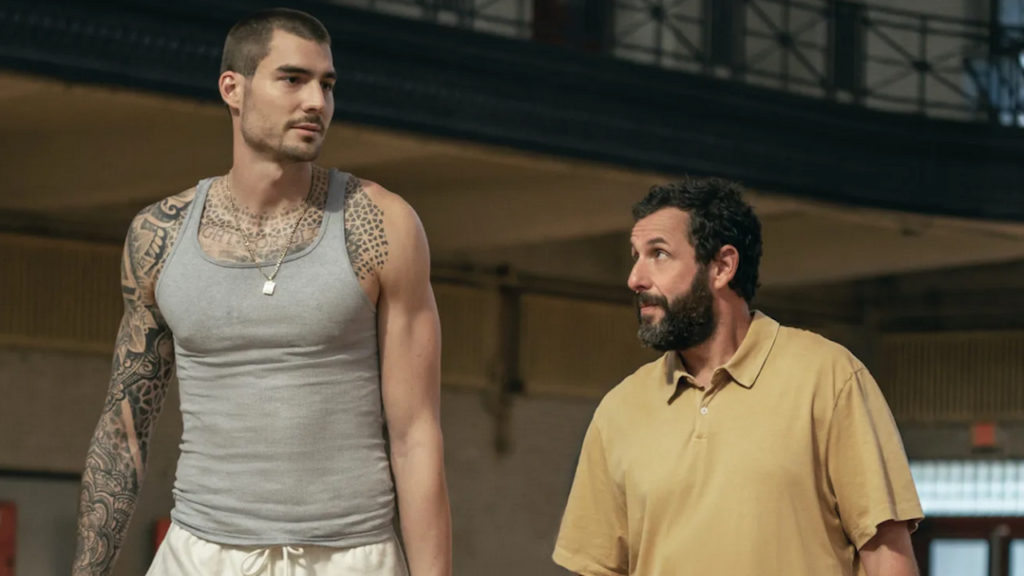 The Toronto Raptors just announced the signing of Spanish basketball player Juancho Hernangomez and the city is expressing an inordinate amount of excitement for a journeyman baller who hasn’t managed to stick with an NBA team in his short career. Why? Because this particular journeyman is better known as Bo Cruz, the character he played in the starring role of the Adam Sandler movie Hustle. Coincidentally, Adam Sandler has been spending a lot of time in our city working on a new project and posing for an endless stream of photos posted to social media.

Hernangomez last played with the Utah Jazz, where he suited up for 17 games and averaged 6.2 points per game. He’s another big man on a Raptors team filled with them so he might not play a large role on the team, but will help to shore up a bench that was woefully inadequate last season.

Adam Sandler constantly being spotted around Toronto in recent weeks.

Juancho Hernangomez (AKA Bo Cruz) signs with the Toronto Raptors.

Hernangomez has also suited up for the Spanish national team and won gold at the 2019 FIBA World Cup in China alongside former Raptors center Marc Gasol. Hernangomez’s brother Willy plays for the New Orleans Pelicans.

Hustle premiered on Netflix this past spring with Hernangomez and Sandler starring alongside Queen Latifah in a movie described as follows: “When a down-on-his-luck basketball scout finds a potential superstar in Spain, he sets out to prove they both have what it takes to make it in the NBA.”

Perhaps an opportunity with the Raptors, a team that employs the most unique roster in the NBA, is just what Hernangomez needs to get his career on track and make his Hustle dreams a reality.