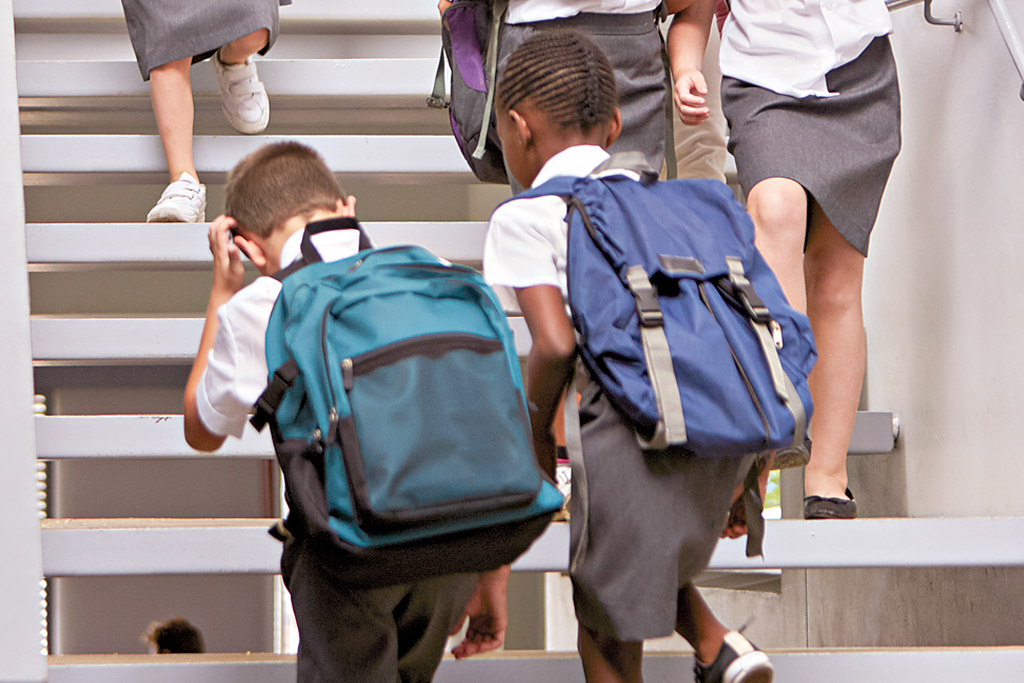 Since the police killing of George Floyd in June sparked countless Black Lives Matter protests and conversations about racism across the world, different institutions have been urged to analyze the role they play in contributing to systemic racism. Schools have been a part of this too. Young students in particular have been asking their own schools how they can better support students of colour and look at the ways racism has influenced certain areas, such as the hiring process for teachers.

Private schools have also seen similar reflections and questions from current and former students, faculty and parents. Some students have taken to social media to share their experiences of racism within their schools. The @cis_bipoc_stories Instagram account has been documenting anonymous submissions from students in the Conference of Independent Schools (CIS) organization. Many Toronto private schools are also receiving comments from both parents and students about what concrete steps they’ll be taking to address systemic racism and privilege.

“We’ve had kids make public comments on social media around their experience at our independent school just like other independent schools,” says Kristen Clarke, dean of teaching and learning at Bishop Strachan School. “We had some students reach out to teachers and say, ‘Did you know this was my experience in your class? This is what I felt I was missing in your class.’ So we’re engaging in a lot of things to dismantle some of our own systemic problems.”

To do that, Clarke says they’ve turned to their two diversity, equity, inclusion and belonging leads.

“They work with us and lead us in our conversations around understanding our own implicit bias and our own experiences and how that impacts what we share and create for kids,” she says.

The role has been around for a few years at Bishop Strachan, and Clarke says that often teachers will reach out to the two leads individually about how they can change or update their curriculum to better reflect a more diverse set of experiences, such as including a unit on food insecurity in health class.

At Havergal College, they’ve chosen to implement online diversity, equity and inclusion (DEI) training for all employees. The training focuses on “topics of unconscious bias and workplace diversity and inclusion,” according to a statement from Catherine Misson, the school’s principal.

Christopher Federico, assistant head of academics at Bayview Glen, says they’ve been focusing on teacher training as well. He finds that, although student leaders have been good at leading discussions with peers, teachers sometimes are more uncomfortable having these difficult conversations. “There’s a tension between the teacher not wanting to speak to an experience that’s not their own and at the same time not wanting to single out students when they say something is their experience,” he says.

Federico says they’ve planned professional development opportunities for teachers to be able to engage in these conversations and learn about potential resources to look to.

“We want teachers to realize that they do not have to be an expert or a lecturer on these topics. They just have to be a thoughtful, sensitive participant in these conversations with students.” He notes that students have prompted some of the changes they’ll be implementing at Bayview Glen in the upcoming year.

“As a group, students are finding their own voice to raise these issues and to question the things that we do at school, asking things like, ‘Hey, why is this book on the list?’ ” he says.

Federico says they’ve tried to create a balance with their English curriculum now so that they keep some more traditional “defining” texts while also expanding the selection of books to include more diverse voices.

“One of the ways that we’re tackling that is that students will have the freedom to select some of the texts they read so that we’re able to incorporate a much wider range of voices and perspectives in the classroom,” he says.

Clarke says Bishop Strachan has made some curriculum adjustments as well.

“In our history and social science classes, they’re exploring bringing in a stronger Ontario Black history lens,” she says. “In geography, they want to bring in a more land-based approach.”

She says their English department has been really focused on bringing a range of diverse texts, along with inviting guest speakers and authors to share their individual experiences.

“That’s been long standing, and our students are really responsive to the diverse texts that are explored through the language program,” Clarke says.

Havergal has stated that it will be conducting a review of the social sciences, English and religious education curriculum to “provide students with robust engagement with Black history and diverse text selections.”

Representation is another part of the discussion around systemic racism in schools, and Federico says that at Bayview Glen they’ve been reminded of this when looking at their current house system. Similar to homeroom, students are grouped into four different houses, but currently, each of the houses are named after different former Canadian prime ministers — all white men.

“To what extent do those names still represent, if they ever did, the diversity and speak to the students in the school?” he explains.

Bayview Glen will be re-evaluating these names this year and deciding whether there are better names to represent their student body and school values.

Havergal has been grappling with this in terms of their faculty and staff. Its mission states that they are committed to “increased representation of Black, Indigenous and People of Colour (BIPOC) in our student community and across the employee demographic of the College.”

Although students and other community members within the schools have often been the ones prompting these discussions and changes and informing administration and faculty about their experiences as students of colour, Clarke says that she’s aware that the responsibility can’t be all on their shoulders.

“We know that our students cannot always be directing us, because that’s a heavy load for them emotionally, and we know that racism is trauma,” she says. “But we do respond to direction from them and try to do better, as is our moral imperative.”