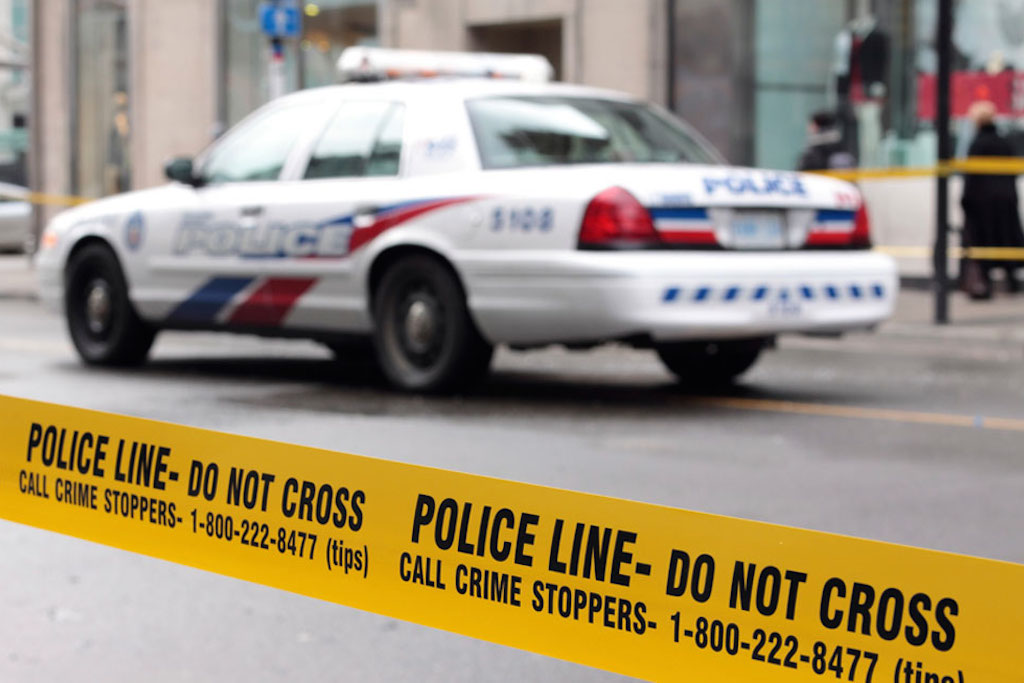 Toronto Police are asking for the public’s assistance in identifying three men who they believe were involved in a stabbing outside the Roehampton Hotel at 808 Mount Pleasant Rd. on Saturday night.

The incident occurred at around 10 p.m. outside the hotel, which has been turned into a temporary city shelter.

According to police, a 44-year-old man (who city officials say was a client of the temporary housing program), was approached by a group of three other men. A dispute erupted and the victim was stabbed multiple times before the three men fled the area. The victim was taken to a trauma centre, and is suffering from serious but non-life-threatening injuries.

On-site security saw the incident start to unfold on video surveillance and were on the scene immediately, according to a city statement.

The Toronto Police Service [TPS] has identified two male suspects on the TPS website. Both men are wanted for aggravated assault.

A 27-year-old male suspect has been named and is described as six-foot-one, 150 pounds, with brown hair, and a beard. He was wearing light blue jeans, a dark jacket, and a baseball hat worn backwards.

The other male suspect named on the TPS website is believed to be 20 to 30 years old, with black hair in medium length twists. He was wearing black track pants with a white vertical stripe on the side, a white Adidas T-shirt, and white runners.

The third unnamed suspect is described as 20 to 25 years old, five-foot-nine, 150 to 170 pounds, with a large afro. He was wearing black track pants with a white vertical stripe on the side, a white ‘Adidas’ T-shirt, and white runners. He was armed with a machete.

The city leased the Roehampton hotel for two years as part of the COVID-19 response plan, with an option to extend to a third, as a temporary shelter. Services offered include housing search help, meals, as well as harm reduction and recreational programming.

The hotel was originally slated for demolition, but will be part of a future redevelopment application by the property owner. Clients in need of temporary housing began moving into the Roehampton on July 3. This site has 109 units available for up to 174 clients and is run by city staff (it is one of 17 hotel locations activated since mid-March).

Also leased in the midtown area: 55 and 65 Broadway Ave. The Broadway Avenue sites are temporary, and are due to be closed by Sept. 7.

Unfortunately, these midtown sites have witnessed several security incidents, including an overdose, a stabbing and a fire. This has led midtown residents to protest the shelters and the impacts they are having on the neighbourhood.

According to a city statement, security measures and community supports include:

For security camera images of the incident, or for more information, visit the Toronto Police Service’s website.