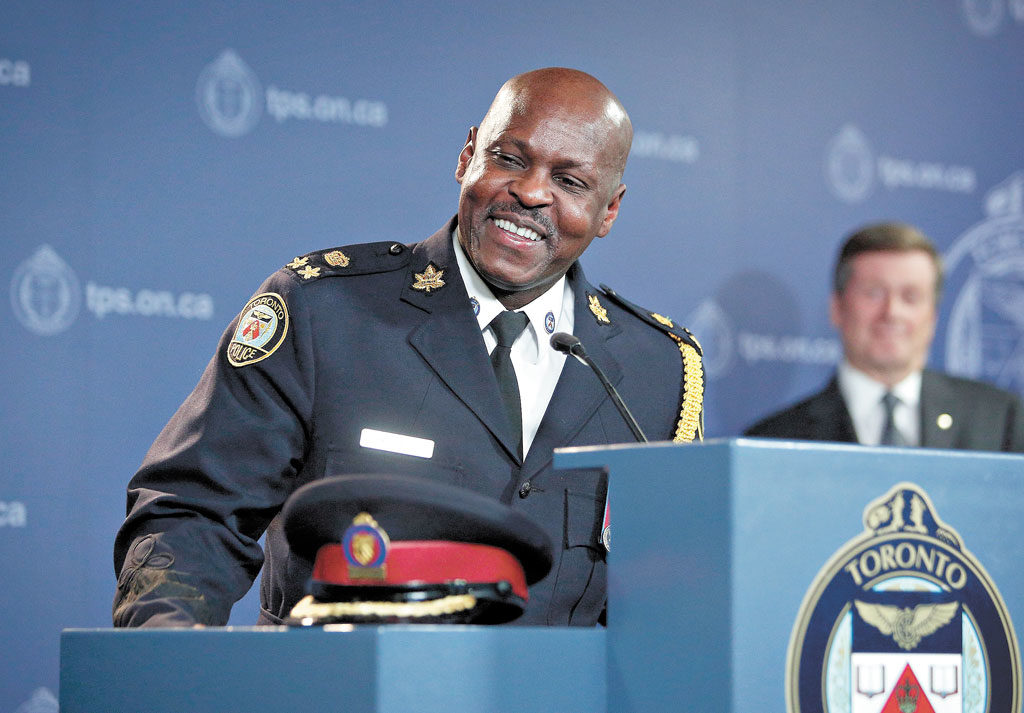 Toronto Police Chief Mark Saunders is stepping down from his job, effective July 31. Saunders made the announcement at a press conference on Monday afternoon, noting that the decision was made with a heavy heart.

Saunders spent 37 years with the Toronto Police Service, having assignments with the urban street gang unit, intelligence division, drug squad, community safety command, the emergency task force, and even serving as the unit commander of the homicide squad.

He is leaving his chief post eight months before his contract expires. Although he didn’t provide a reason for his resignation, he said that he’s looking forward to continuing to work as well as spend more time with his family.

“Family is the most important thing to me right now,” he said.

Today, I announced that my last day as Chief of the Toronto Police Service will be July 31, 2020. I’m honoured to have served & I have every confidence in the members of the @TorontoPolice to continue to serve and protect the best city in the world. https://t.co/YjOIiHfEep

During his tenure, Saunders faced some controversy. In 2019, there were a total of 490 shootings in Toronto, including a record high of 248 shooting-related injuries. Toronto’s shootings have been trending upward since 2015, after a record-low 177 in 2014 (although critics have suggested that the Toronto Police Service hasn’t been consistent with how it records shooting statistics).

There were also a number of high-profile shootings in 2019. In August, Paolo Caputo, 64, was killed outside his restaurant in a drive-by shooting in the Roncesvalles area. In December, 22-year-old student Jeremy Urbina was randomly shot and killed while taking out the garbage from his apartment at Leslie and Finch.

In recent weeks, anti-racism protests have taken place across the world in protest of the death of last month’s killing of George Floyd, a 46-year-old African-American man who died in Minneapolis, Minnesota, after a white police officer knelt on his neck for almost nine minutes.

On Friday, Saunders and several other officers took a knee in solidarity with protesters at an anti-racism rally in downtown Toronto.

“We see you and we are listening. The @TorontoPolice fully supports peaceful and safe protests this weekend and always. We have to all stay in this together to make change,” he tweeted.

Amidst the anti-racism protests, there is also a call to defund the police, which is growing in Toronto and throughout North America.

it’s not worth it. none of this is worth it. that money should be helping people struggling to survive in this city. let them all resign

To that end, there is now a motion coming to city council that seeks a 10 per cent cut to the police budget.