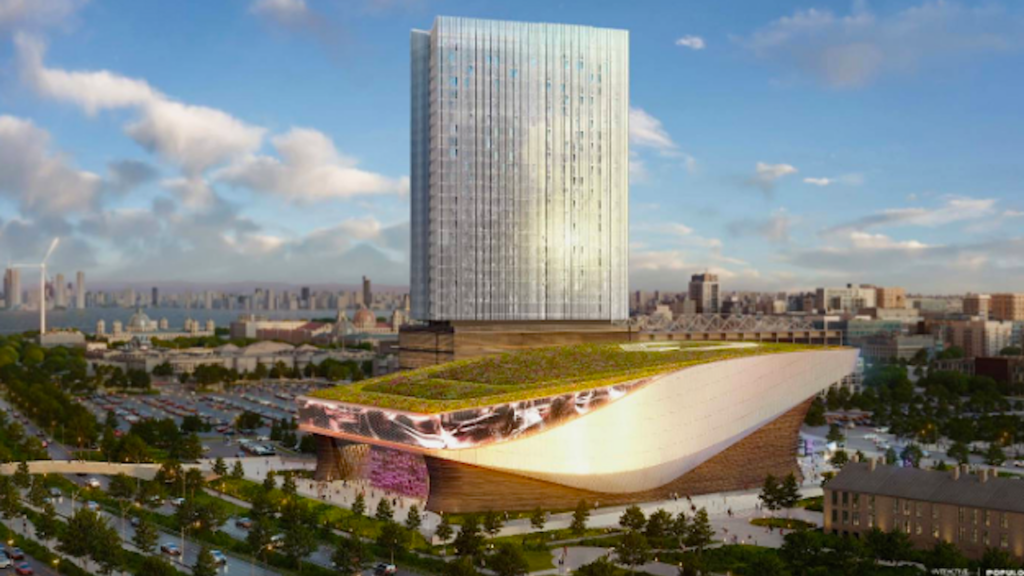 The city could be home to a new entertainment and hotel complex at the Exhibition that includes a venue with up to 7,000 seats if a plan is approved by the city. The proposal, from the Princes Gate Hotel Limited Partnership team behind the current Hotel X at the Exhibition, would see an additional tower and venue built beside the current property.

Before anything happens, the city will need to review and approve the proposal, and that process gets underway today at the General Government and Licensing Committee meeting.

“At their meeting, the General Government and Licencing Committee will consider a report on the lease for the Phase 2 Lands of the Hotel X Development,” said Joe Cressy, who is the city councillor for Ward 10, in which the development is located. “The final design will be subject to community consultation and Site Plan approval, and I will continue to engage with local stakeholders as the proposal evolves.”

The committee is recommending preliminary approval of a new lease for the Phase 2 project, which will kickstart excavation on the site, according to the agenda item.

According to the City, the lease from both the Phase 2 hotel and the performance venue from rent and ancillary revenue will result in revenue to the city of approximately $174.157 million over its full term of approximately 39 years. This, in addition to other positive economic impacts including capital expenditures, construction, and property taxes, could total more than $400 million.

Hotel X opened in 2018. The second phase of the Hotel X facility would be located “to the west of Stanley Barracks on the south side of Princes’ Boulevard, along the Toronto Waterfront at Exhibition Place.” The site is currently home to surface parking lots and is directly across Lakeshore Boulevard from Ontario Place.

The plan includes approximately 750,000 square feet of space and, if approved, would include a 400-room hotel, 350 spaces of underground parking, and a 6,600-7,000 seat “auditorium-style entertainment performance venue.”

According to a submission to the city on the proposal, the venue would “combine a premium concert and live events program with world leading technology and best in class hospitality to create an unparalleled experience for fans.” It would host approximately 200 events per year and in addition, be built to accommodate eSports tournaments and be home to the Toronto Defiant of the Overwatch League and Toronto Ultra of the Call of Duty League.