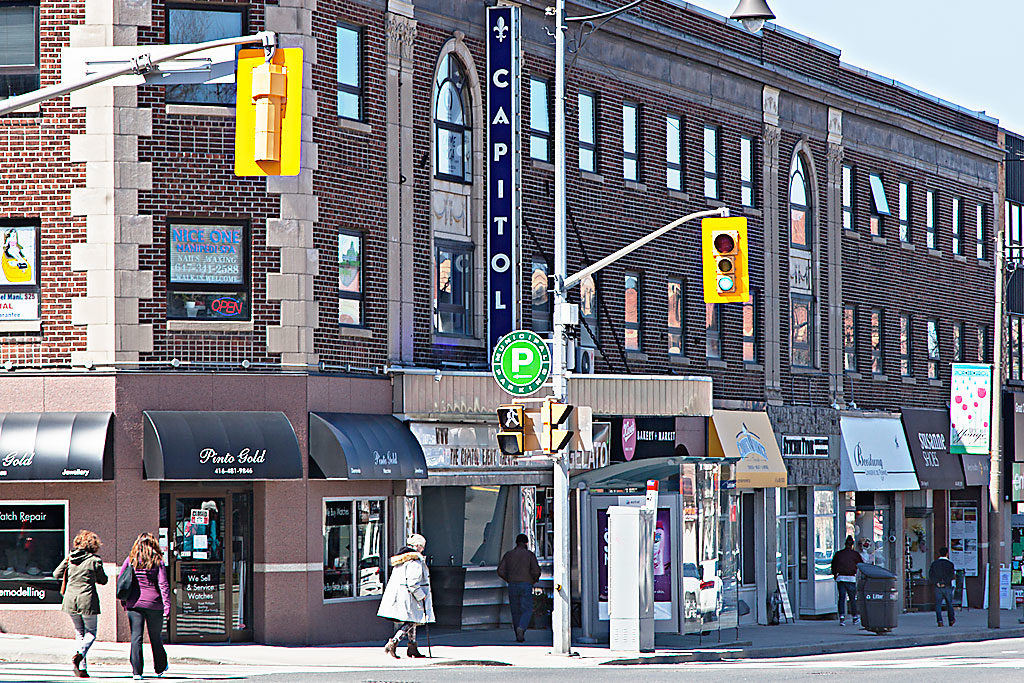 The Yonge and Eglinton area may be getting a new park as North York Community Council has adopted a recommendation to turn land currently used as a pay parking lot into parkland.

On Sept 13, Community Council adopted a motion that recommends that the city’s official plan be amended to allow the land, located at 20 Castlefield Ave., and 565 and 567 Duplex Ave. to be redesignated to “parks and open space.”

The land, located behind the former Capitol Theatre,  is currently home to a surface pay-parking lot run by the Toronto Parking Authority and contains 163 pay parking spaces. In June of 2018, the city received an offer from 2500 Yonge Street Limited, owner of adjacent properties including the Capitol Theatre, to purchase 20 Castlefield Avenue and 567 Duplex Avenue and build a 21-storey mixed-use development. The sale of the lands was not approved by city council.

The city received a resubmission of the development application in November 2018. This proposed a 14 storey mixed-use building of 150 residential units and retail along Yonge St and would retain portions of the Capitol Theatre, which is a heritage building. This resubmission proposed a land exchange with the city, where approximately 650 square metres of the parking lot fronting Castlefield Avenue would be acquired by the applicant in exchange for the equivalent land area fronting Duplex Avenue.

In January 2020, the city planning division recommended that city council redesignate the parking authority lands not subject to the exchange to “parks and open space.”

The proposal is receiving mixed reactions from residents groups in the area.

Eli Aaron, director of the Lytton Park Residents Organization wrote a letter to the community council in support of the conversion of a parking lot to parkland, stating that the Yonge-Eglinton area is park deficient and will require new parkland as the area is projected to grow by 61,000 people in the next 30 years.

“The subject site is one of the only city-owned pieces of land that can accommodate a sizable new public park within walking distance of Yonge and Eglinton. The site is located such that it is easily accessible from the northwest and northeast quadrants of Yonge and Eglinton, which are both experiencing significant development activity,” wrote Aaron.  “A park on the entirety of the subject site would be an incredible asset to the community.”

However, Daly McCarten, Executive Director of the Uptown Yonge BIA, in a letter to the community council, said the BIA is concerned about the loss of parking in their retail area.

“The BIA relies on this lot to sustain our businesses and it is the only parking lot north of Broadway with the exception of the small lot on the east side of Yonge at Briar Hill which can only accommodate a few vehicles,” wrote McCarten,  who said retailers in the area have already lost parking spots in the area to accommodate CafeTO.

Councillor Mike Colle, who said he stopped the land from being sold to the developer years before with the intention of turning it into a public space, does not think the loss of parking space will be an issue.

“We have 3 parking lots in the area and they’re all under capacity, and this one was under capacity and losing money for years,” said Colle.

Colle said the plan is to turn the space into what he calls a “music park”, and that it will be dedicated to Joni Mitchell.

“It’s going to have a little tiny sitting area amphitheatre, where people can sit and listen to musical performances. It’s going to have some sculptures and art dedicated to musical instruments,” said Colle, who said there will be community consultation regarding the park in the coming months.

The report is due to be considered by city council on October 1.