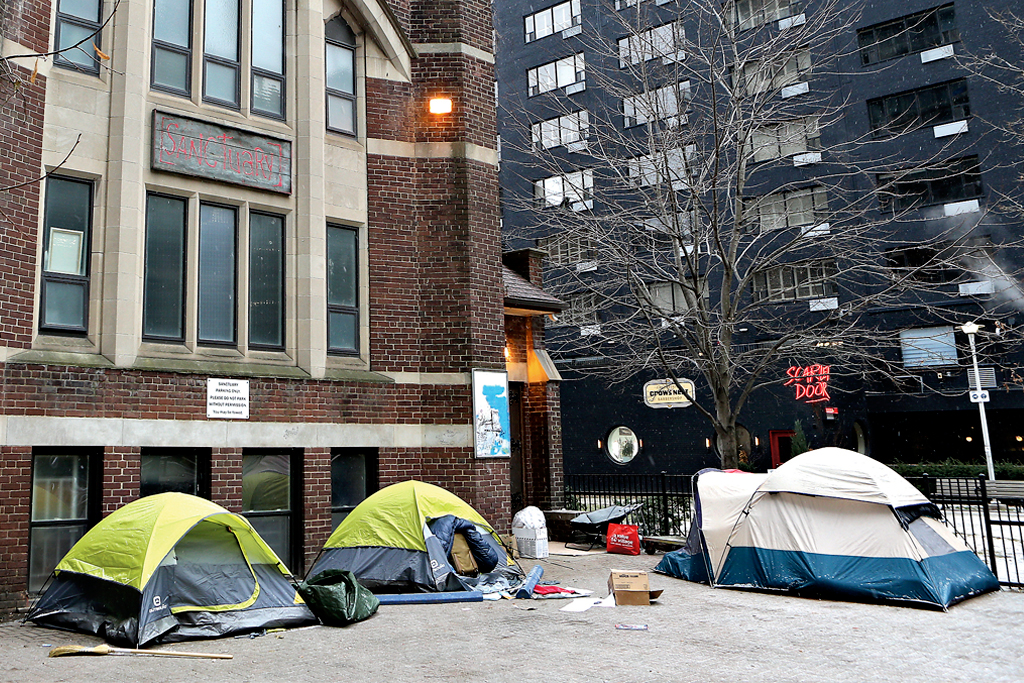 If you are hankering to buy real estate and become a landlord, now is the time to do it.

Interest rates are the lowest they will be for a while, and better yet there are many apartment buildings, large and small, to choose from.

As the pandemic drags on, with tenants in a great sense of uncertainty about their own future, many landlords are facing serious financial pressure, and are thinking now might be the time to sell. They undoubtedly will be looking for buyers.

As we learned from the financial crisis in 2008–2009, there are a number of companies sitting on bundles of cash, ready to scoop up what’s there in the real estate market. The modus operandi of these companies after buying is to kick existing tenants out as renovations get underway, then seek higher rents. It’s a good strategy for gentrification, if that’s what you want, but it puts a squeeze on the many tenants who are already struggling to stay afloat.

In a city where affordable housing is already in short supply, this only makes things worse. As we have seen with the number of homeless people sleeping in tents because they are terrified of contracting COVID-19 if they stay in city shelters, the last thing the city needs is a reduction in inexpensive housing. What’s needed is stabilization of, and expansion of, inexpensive rental housing.

A better outcome would be for the city to play the same game as the cash-rich private investors. The city should step in and start buying these buildings, thus creating a strong portfolio of rental housing, much of which is now relatively affordable, providing tenants with security. The purchase of existing rental units was a strategy successfully used by the city during the 1970s – the Bain Avenue Co-op in Riverdale is a good example. It was a strategy that secured a sizable amount of housing that remains affordable today. It can certainly be done again.

The city would need assistance from Canada Mortgage and Housing Corporation to guarantee mortgages on 100 per cent of the value of the properties purchased, and the city would then go to the private market for mortgages. It’s a request CMHC would probably approve: the city has already asked CMHC for that support for the purchase of hotels for the homeless. That would mean no equity would be needed from the city, which certainly makes things easier. The city’s main task would be to ensure that the purchase of any building would be economically viable given the rents being paid.

How much rental housing should the city purchase? I’d suggest a good round number like 50,000 units. The city’s housing arm, Toronto Community Housing Corporation, does not have a reputation as a good manager, so it probably makes sense for the city to off-load the units to non-profits and co-operatives, as it did in the 1970s. Most of those organizations have proved to be excellent managers. The aim should be for a mix of incomes, with one-third of the units available for very low-income households requiring a rent-geared-to-income subsidy from the provincial government.

A program like this makes secure, affordable housing available immediately. Assuming that about 10 per cent of the units are vacant means that some 500 units would be available to those who are now homeless. This is not to say the city should not also be building new affordable housing, but that given the time needed for planning, approval and construction, that will not be available for occupancy for three or four years.

Ambitious? Of course. But Toronto City Council has indicated it wishes to address affordable housing issues. It has put in place the CreateTO program that has on staff the kinds of real estate expertise to make such a program work well.

This could be one of the positive outcomes of the pandemic. Let’s hope our civic leaders seize the initiative.