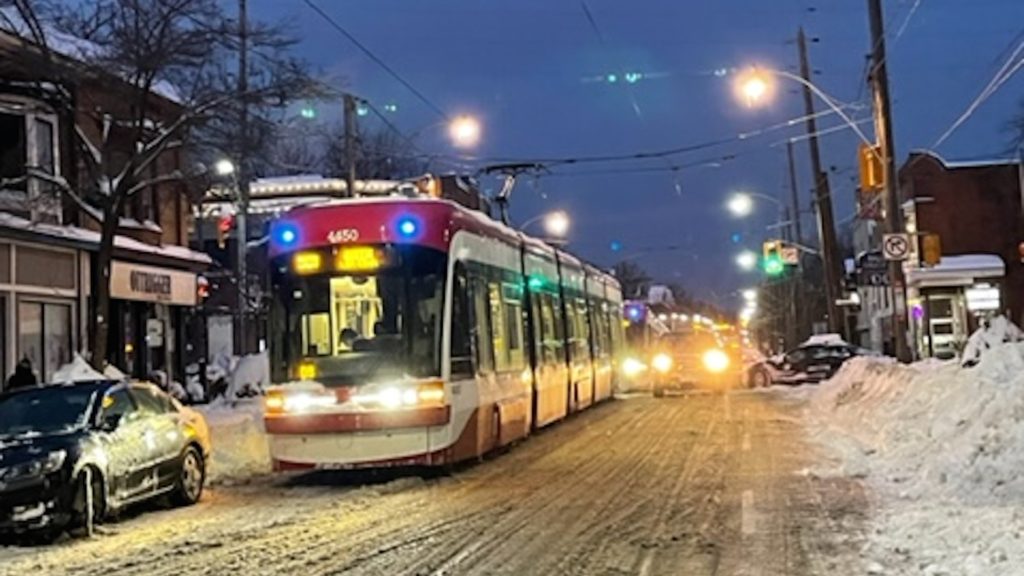 After a massive, record-breaking snowstorm hit Toronto and other parts of Southern Ontario on Monday, Mayor John Tory has declared a “major snowstorm condition” with snow cleanup possibly taking more than 72 hours to complete.

“When a major storm is declared, parking on roads designated as snow routes is prohibited for a period of 72 hours. This will allow for the snow removal of windrows left by the City’s snowplows, which can restrict traffic flow, interfere with pedestrians and parking and obstruct sightlines,” he said, in a press release.

Designated snow routes are primarily located in the downtown core including all streetcar routes. Parking in these areas is subject to a fine of up to $200.

The city will collect the snow which will be sent to designated snow storage sites. Snow removal will commence when planned plowing operations conclude later this week.

Mayor Tory is also encouraging Torontonians to stay home and off roads as slippery conditions and poor visibility could still be an issue, and also urging drivers to be patient and keep a safe distance from snow removal vehicles.

“This is a major winter storm and the city is continuing with its efforts to clean up after the storm. It’s going to take some time and require some measures that are more extraordinary than a modest snowfall,” Tory said during a news conference on Monday.

According to Environment Canada, peak snowfall rates of eight to 10 centimetres per hour fell Monday morning with snowfall so heavy that the Gardiner Expressway and the Don Valley Parkway were closed for several hours.

The return to in-person learning was also put on pause. As snow cleanup continues, many boards including the Toronto District School Board closed their doors for a second day, offering remote learning instead.