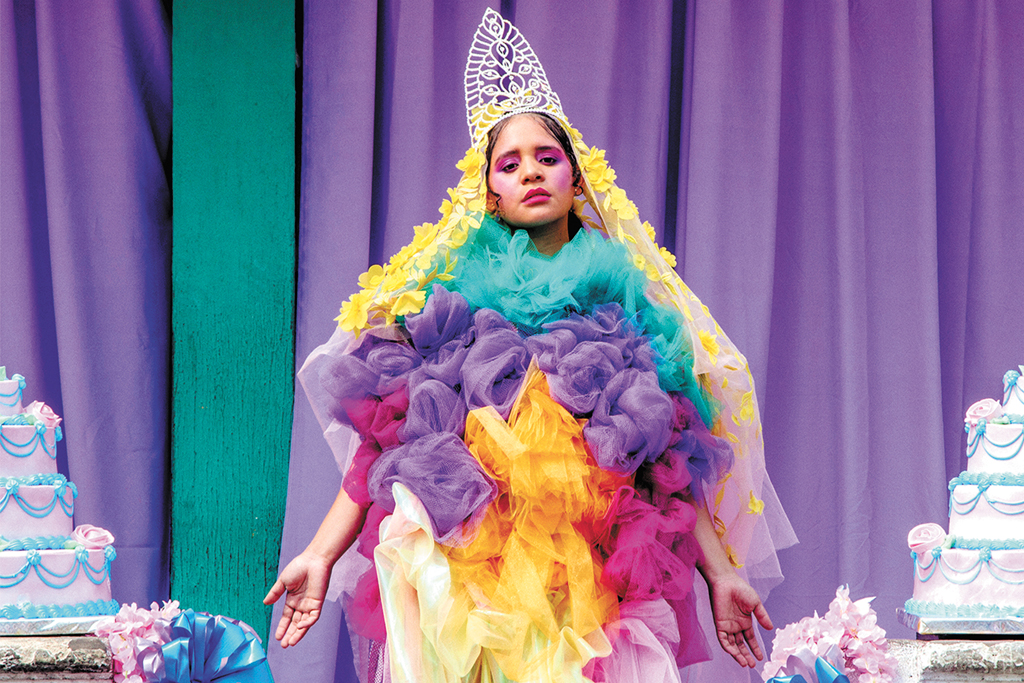 Toronto musician and artist Lido Pimienta revisited her Colombia roots and her views on her relationship to her home country and in so doing produced the critically acclaimed album Miss Colombia. Her work and her vision have paid off with her first Grammy Award nomination.

“The Grammys, in general, is like this weird, non-accessible-to-art thing, like it just seems so big,” Pimienta says. “It was very surprising. But I wasn’t shocked because I already kind of went over the Latin Grammy thing [which she was also nominated for], so I mean, it’s cool. I hope I win. I feel like I deserve it.”

The awards were scheduled to be presented Jan. 31, but have been postponed until March 14, 2021.

“Of course, it makes so much sense, the year I get nominated. I don’t even get to go to the party,” she says.

Miss Colombia was released earlier this year. It’s a project that began with an infamous gaffe at the 2015 Miss Universe pageant when the host of the show mistakenly announced Miss Colombia as the winner and then corrected himself and awarded the title to Miss Philippines.

“When 2015 came about with that Miss Universe, it made me, you know, realize there’s all this Columbian-ness that I haven’t unpacked, that definitely informs a lot of my behaviour and a lot of my reactions to Canada, you know,” Pimienta says. “So it just helped me and pushed me to just look at myself, as a Colombian that lives here, not like a Colombian that is surviving in Canada.”

As Pimienta says, Miss Colombia is a sort of breakup record with a country.

Pimienta says she concentrated on art and culture and tradition to get her back to a positive frame of mind.

“Those were the things that I needed to fall back and to be reminded of so that I wouldn’t just end up with 10 songs about despair,” she says.

Since its release, the album has garnered critical acclaim but has also proven to bring much comfort and joy to people around the world for whom Pimienta’s music resonates so strongly.

It has also given Pimienta a new perspective and energy for her new music.

“Miss Columbia has given me a lot of teachings,” she says. “It’s been a huge learning and evolving curve, and I’m on it. I’m riding the wave, you know. I’m paying attention.”