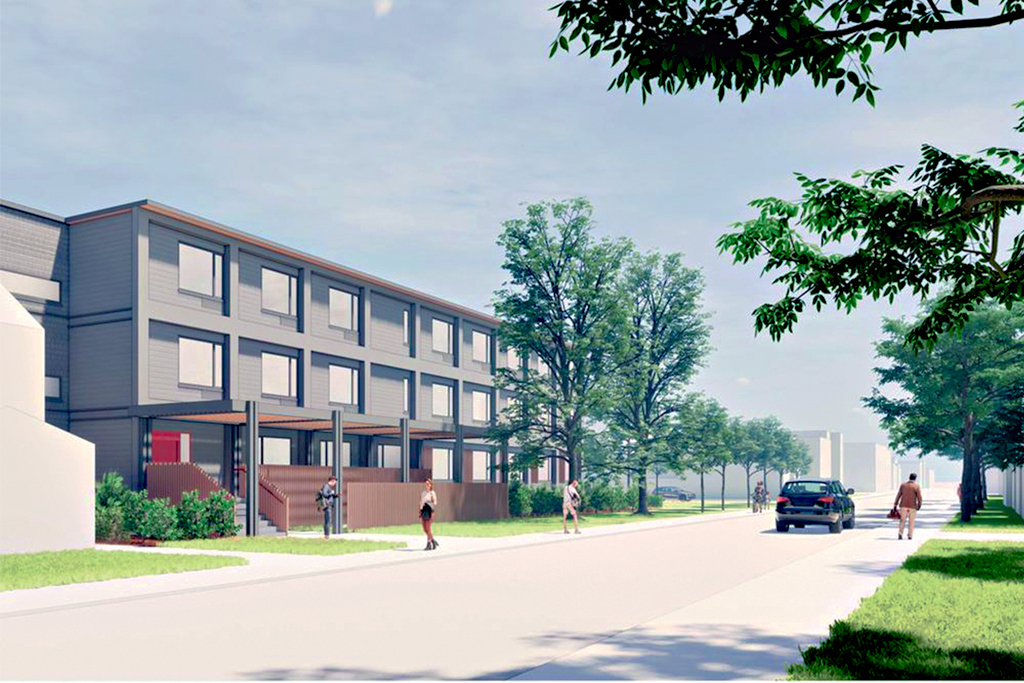 There is nothing more frustrating than to see a good idea ruined by poor execution. The good idea is quickly becomes debased.

The good idea for Toronto City Council is building new affordable housing, which, as the profusion of tent cities in parks, ravines and medians demonstrate, is sorely needed. To improve on that good idea the city is using modular housing, pre-built in a factory then transported to the site for final installation.

Modular housing can be occupied within four months of arriving at the site, whereas traditional construction would take 18 months or two years. So modular housing is a fine idea for meeting the immediate demand for new affordable housing.

Two sites were chosen for the new housing, Massey Avenue in the Victoria Park and Danforth area in the east end and Harrison Street at Dovercourt and Dundas in the west end. So far so good.

Then comes the poor execution.

The plan is to make both developments only small apartments for single people: 55 on the Massey site, 44 on the Harrison site.

But putting that many single people, many of whom have social and mental health issues, in big clumps like this is bound to produce trouble for the people who live there and for surrounding neighbours. One can understand the desire to create as much modular housing as quickly as possible for single, homeless people, but it makes no sense to do it in a way that experience shows will be unsuccessful.

Developments meant only for low-income households, such as public housing projects in the ’50s and ’60s, do not result in good places to live. And we have relevant experience regarding the housing of single people.

The very first affordable housing project the Reform council planned for Toronto was in 1973, the Dundas Sherbourne project. It was a new innovative approach to city building: many of the existing houses were retained and renovated into apartment units of different sizes. A new low-rise apartment building was constructed behind these houses.

As alderman for this part of the city, I wanted to ensure the development served the many single men living in rooming houses, so I pushed for a whole bunch of small apartment units for them. The rest of the project was a mixture of affordable family housing and market rental housing of various kinds. The housing for the single men was placed in the new structure.

Now, almost 40 years later, everything works well in the development – except the housing for the singles. There is simply too much of it crammed together and it has proven too difficult to manage well.

I believe the same thing will happen with these developments of 56 and 44 single units.

Toronto City Council should build affordable housing in all neighbourhoods of the city — using modular housing is a terrific innovation — but it must be done right so it benefits everyone in the long term. That means projects with a mix of unit size and a mix of incomes. Experience shows that’s what works well.

On a separate note, last month, I wrote about reforming the Toronto Police Service.

City council grappled with calls for reforming policing in Toronto on June 29, and although it did not agree with the idea of cutting 10 per cent of the police budget, it made several significant and positive changes including asking city staff to help establish quick response teams to calls involving those in mental crisis without involving armed and uniformed police officers. As well, it asked the police service to provide this year’s budget in a line-by-line, function-by-function format by the end of July in addition to asking the city’s auditor general to do a value for money audit of the police service.

These are all good starts to getting a better police service for Toronto.