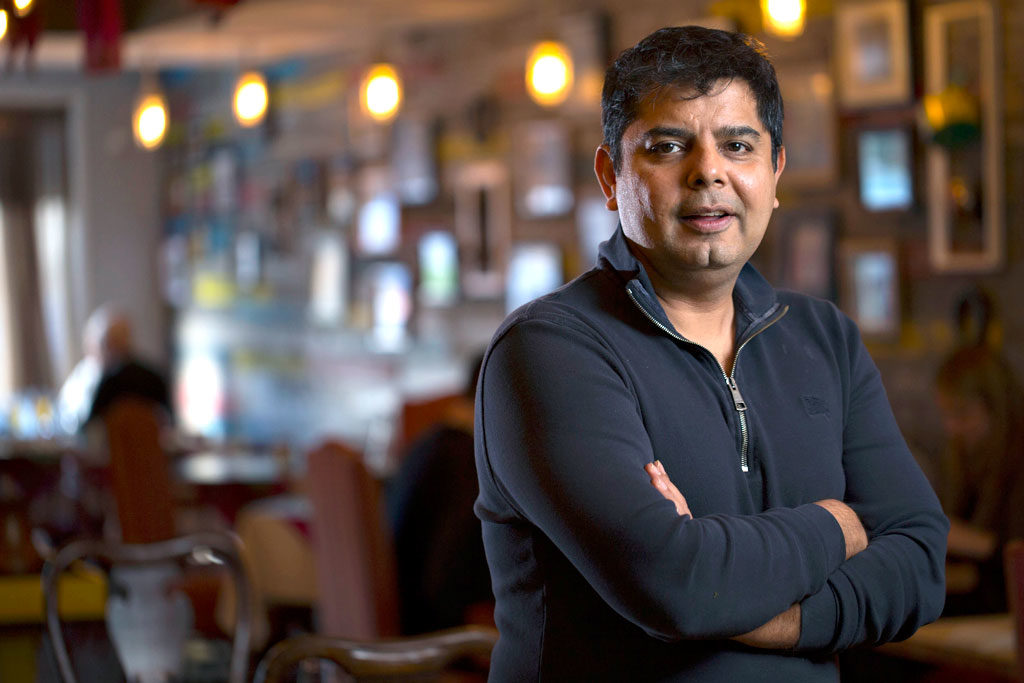 Shopping centres across Toronto are trying harder than ever to appeal to ​f​ood lovers. Some are chasing the latest food craze, while others are recruiting well-known restaurateurs to drive more people through their doors.

Hemant Bhagwani — the owner of popular restaurants such as Indian Street Food Co., Amaya Express, and Kolkata Club — is one such restaurateur. Bhagwani has not one, but two new mall restaurants in the works: Good Karma, which will open at Fairview Mall on Oct. 15 and Goa, opening in Bayview Village on Nov. 15.

“I see the change happening in food courts. I think nowadays landlords don’t want just the regular brands around. They’re looking for a change,” Bhagwani says. “B​efore, malls used to be about buying clothing and cosmetics, and food was secondary because nothing was really a proper restaurant. But I think with online shopping, food remains the only thing customers cannot buy online. They can’t get that experience. So I think people are saying okay, you don’t have to just go to the mall to shop, you can go and have free parking and go for the food.”

Other restaurants, such as Parcheggio and Beauty BBQ have also opened inside Bayview Village in recent months as well.

“We began talking to Uncle Tetsu about a year ago and I really wanted them to come in … They had built another distribution centre in Toronto, so lo and behold, Uncle Tetsu was able to open in one of our busiest corridors,” Resnic says.

The pillowy Japanese cheesecake has been extremely well loved for years now due to its soft, delicate texture. Resnic says the new location marks the beginning of a totally new scene for foodies at Hillcrest.

“They had a fantastic first day and it will no doubt continue,” she says. “That really is just the beginning. We’re taking a look at our food story and working with our leasing team and development team to see what our next step will be. I think we’ll continue down this road in the immediate future in terms of interesting pop-ups.”

Meanwhile, over at Yorkdale Mall, the food scene continues to dominate. Newly opened destinations like Restoration Hardware Café, Ladurée and the Cheesecake Factory continue to boom, and new food hotspots are rolling out on a continuing basis.

Claire Santamaria, g​eneral m​anager at Yorkdale Shopping Centre, says the newest food offering to open at the mall is Tora — a Japanese restaurant by the same group behind the Japanese fine dining restaurant Miku Toronto.

“We have Tora — they will be opening this winter,” she says. “That’s opening on the west side of the shopping centre near Restoration Hardware.”

The mall also recently opened an IQ Food Co. location, a healthy and fresh one-stop-shop for all things salad.

Santamaria says the food scene at Yorkdale is a crucial component of their customer’s shopping experience and they’re always looking to add new offerings.

“We know that food and beverage is definitely a big part of visiting us,” she says.