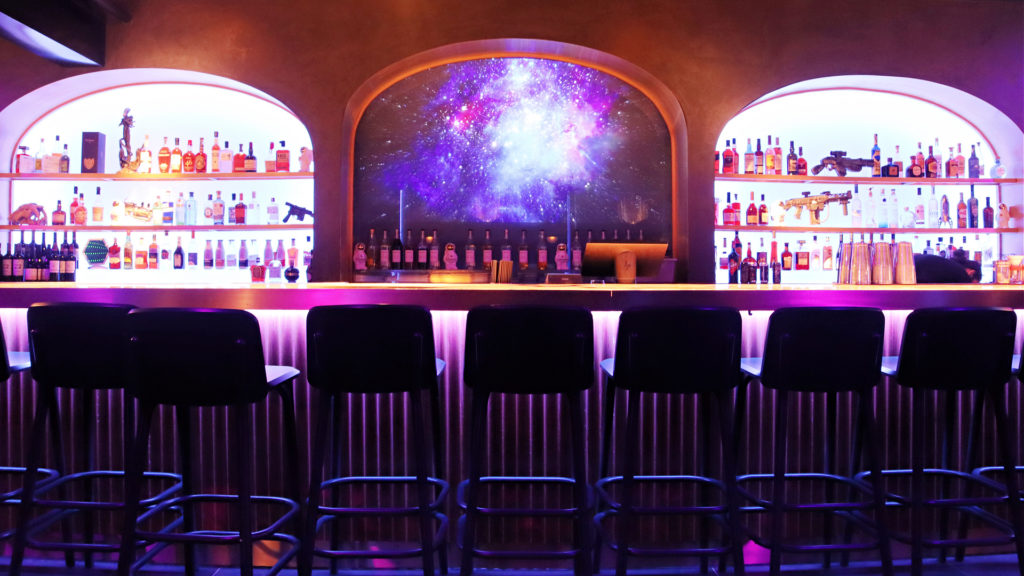 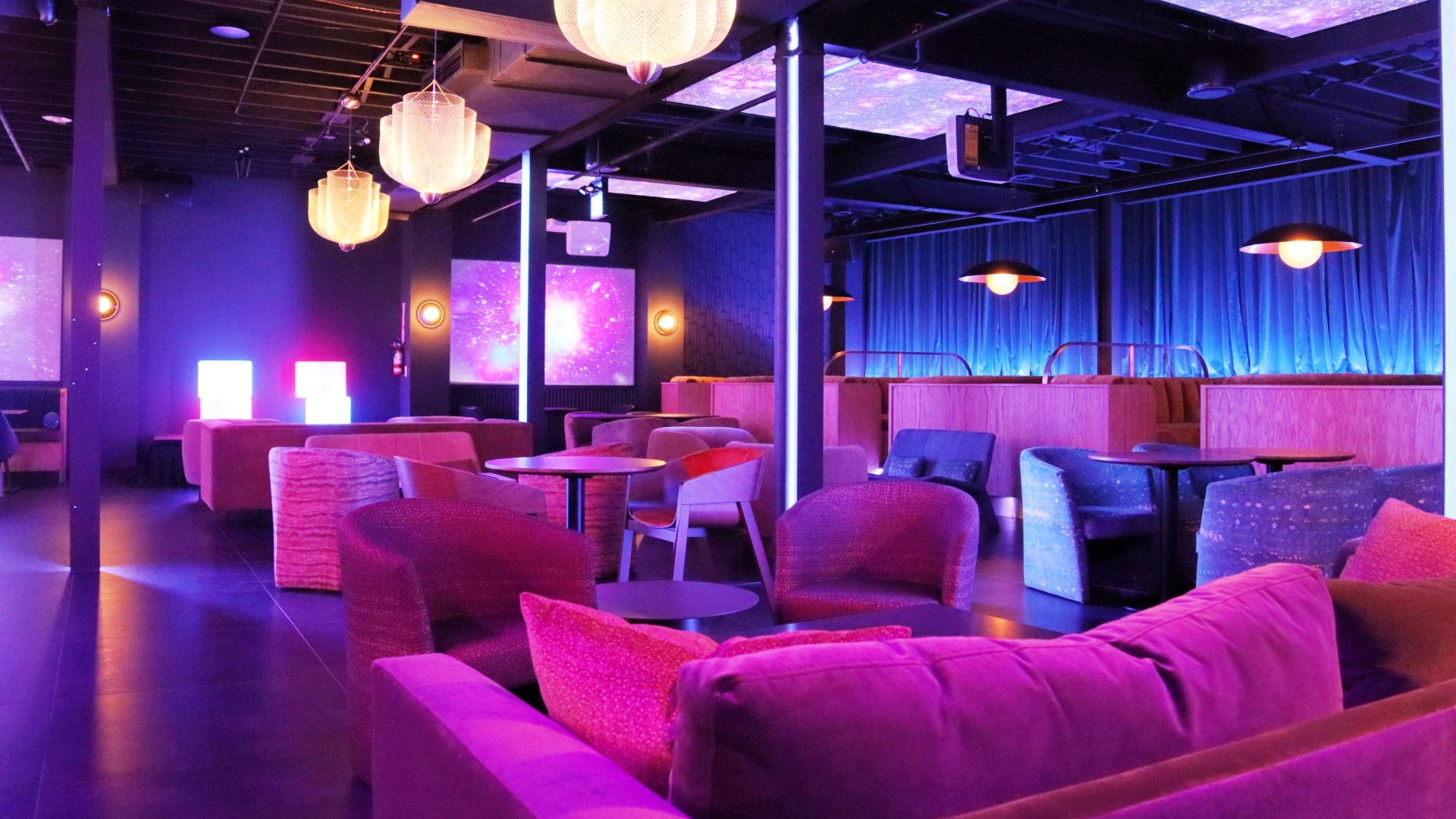 “We’re taking the thing that made Storm Crow so famous and popular and trying to elevate it to that next step,” says general manager Tyler VanderWallen. While Storm Crow nods to a range of pop culture topics, from Game of Thrones to Dune, Offworld narrows the focus with an homage to sci-fi that includes showy cocktails and screens that transport diners through a fictional solar system.

“We have to walk that fine line of being fun but not campy,” says VanderWallen.

Offworld offers a menu of light bites designed to pair with drinks. Like Storm Crow, the menu is peppered with geeky references to the bar’s theme, from the Hyperlight Pretzel to the Tau Ceti Pâté. 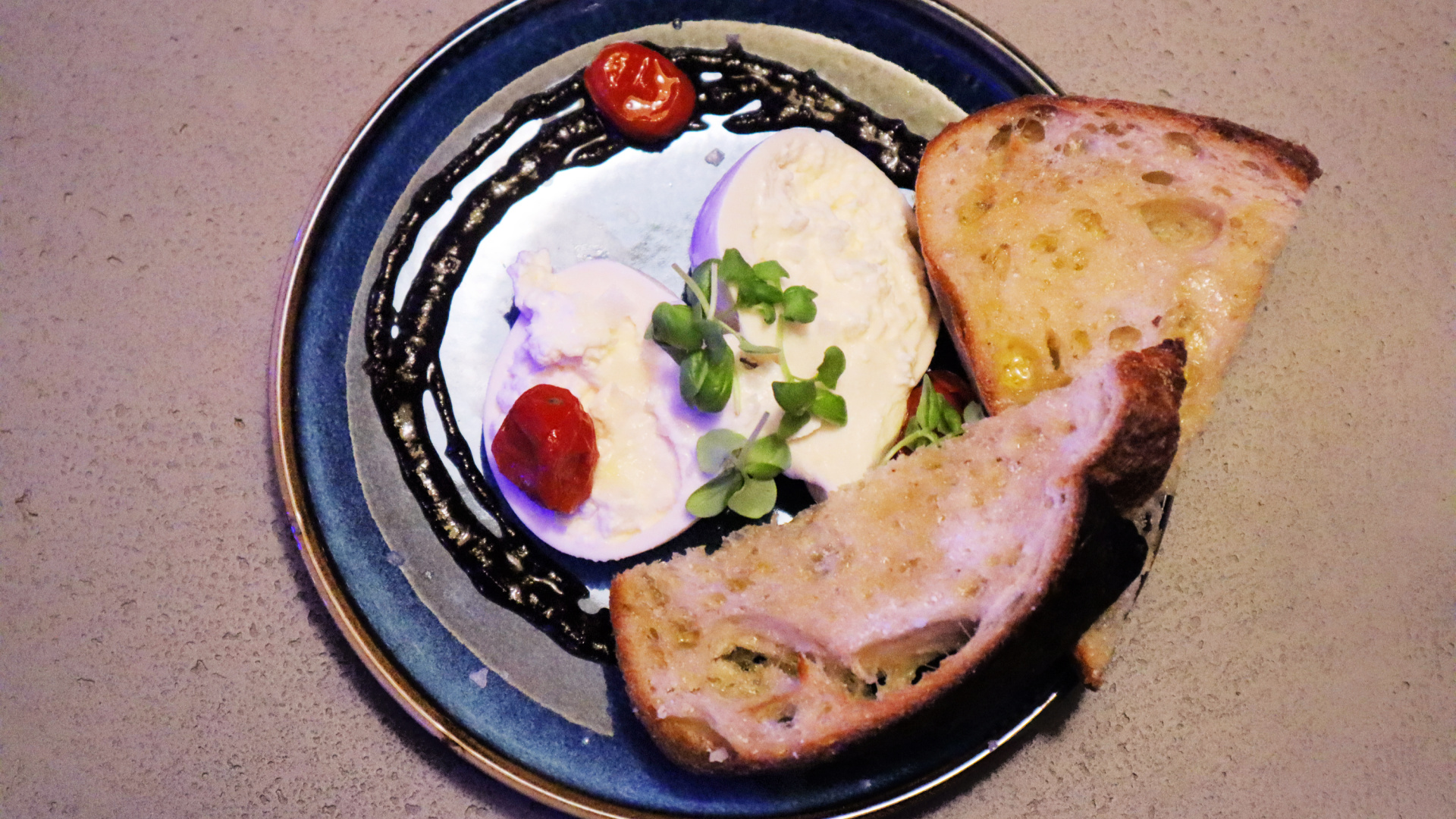 The Belter’s Burrata, named after the Expanse TV series, features blistered tomatoes, basil and a side of sourdough bread. 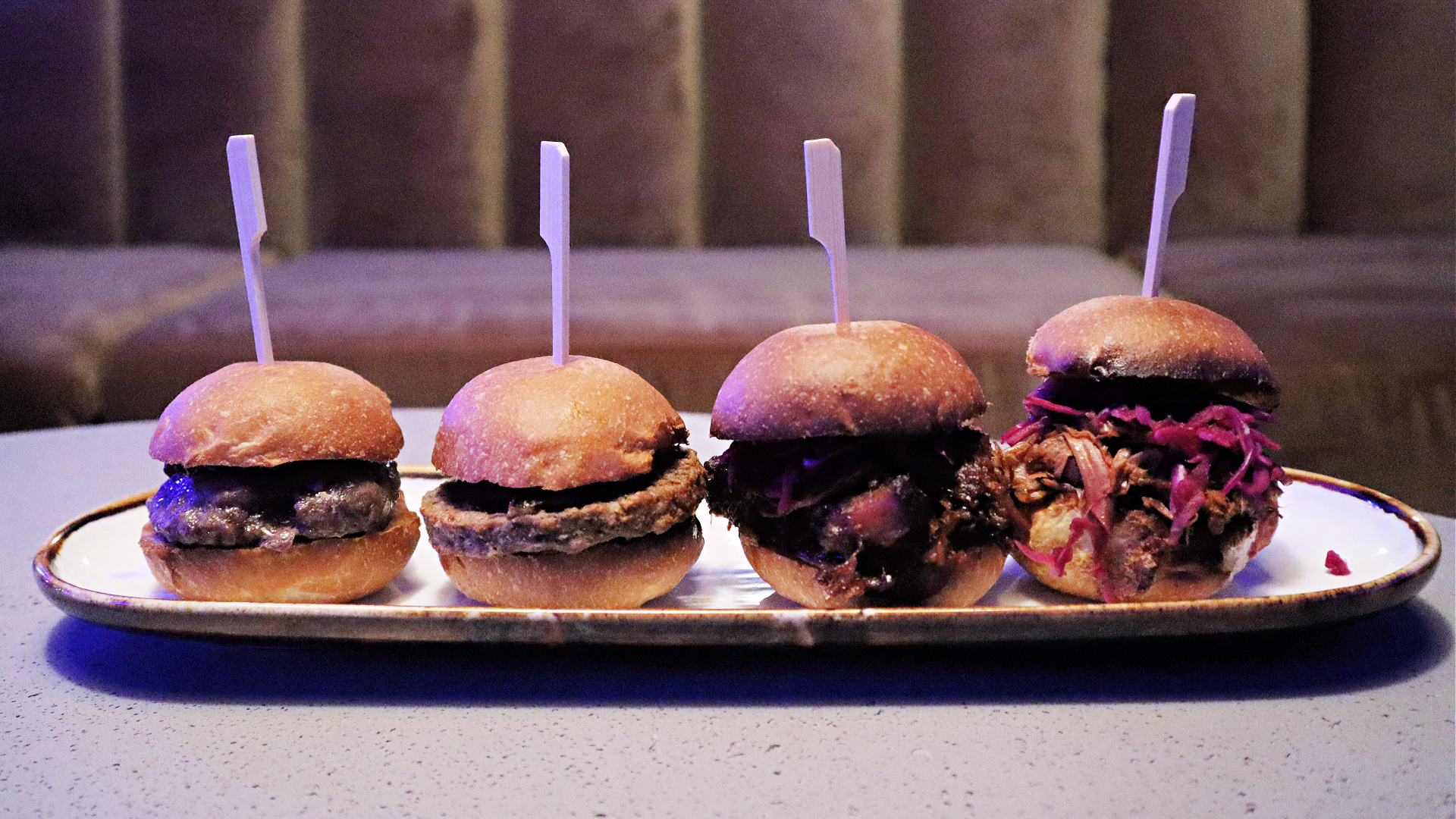 The ‘nanoburgers’ come in standard and vegan-friendly varieties. The beef burger is topped with fig compote and foie gras, while its meat-free equivalent features a Beyond Meat sausage patty with caramelized onions. The slow-cooked pulled pork burger is layered with pickled red cabbage, as is its vegan version made with spicy jackfruit. 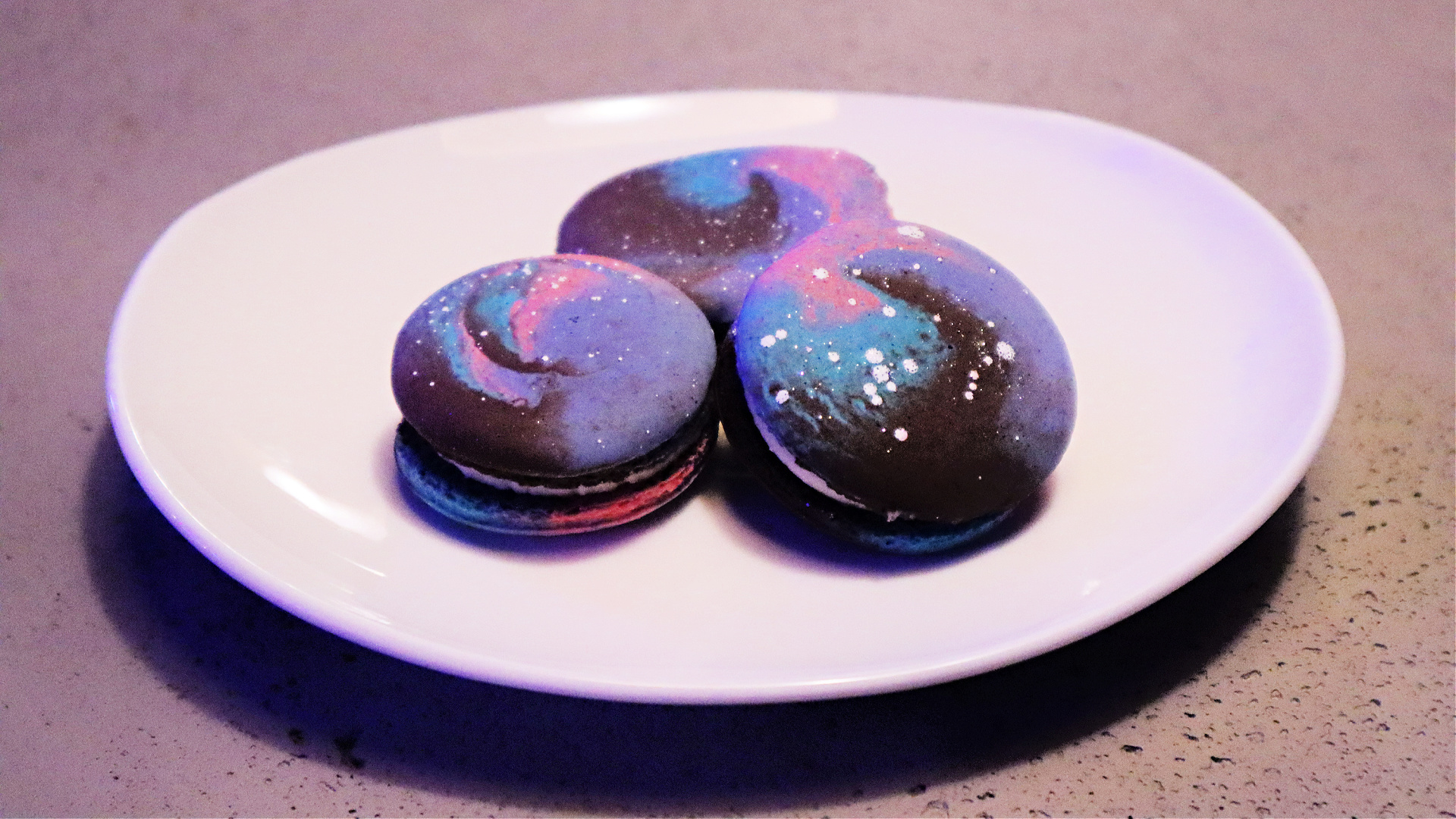 Offworld partnered with Nugateau Patisserie for its desserts, which include these multi-hued macarons. 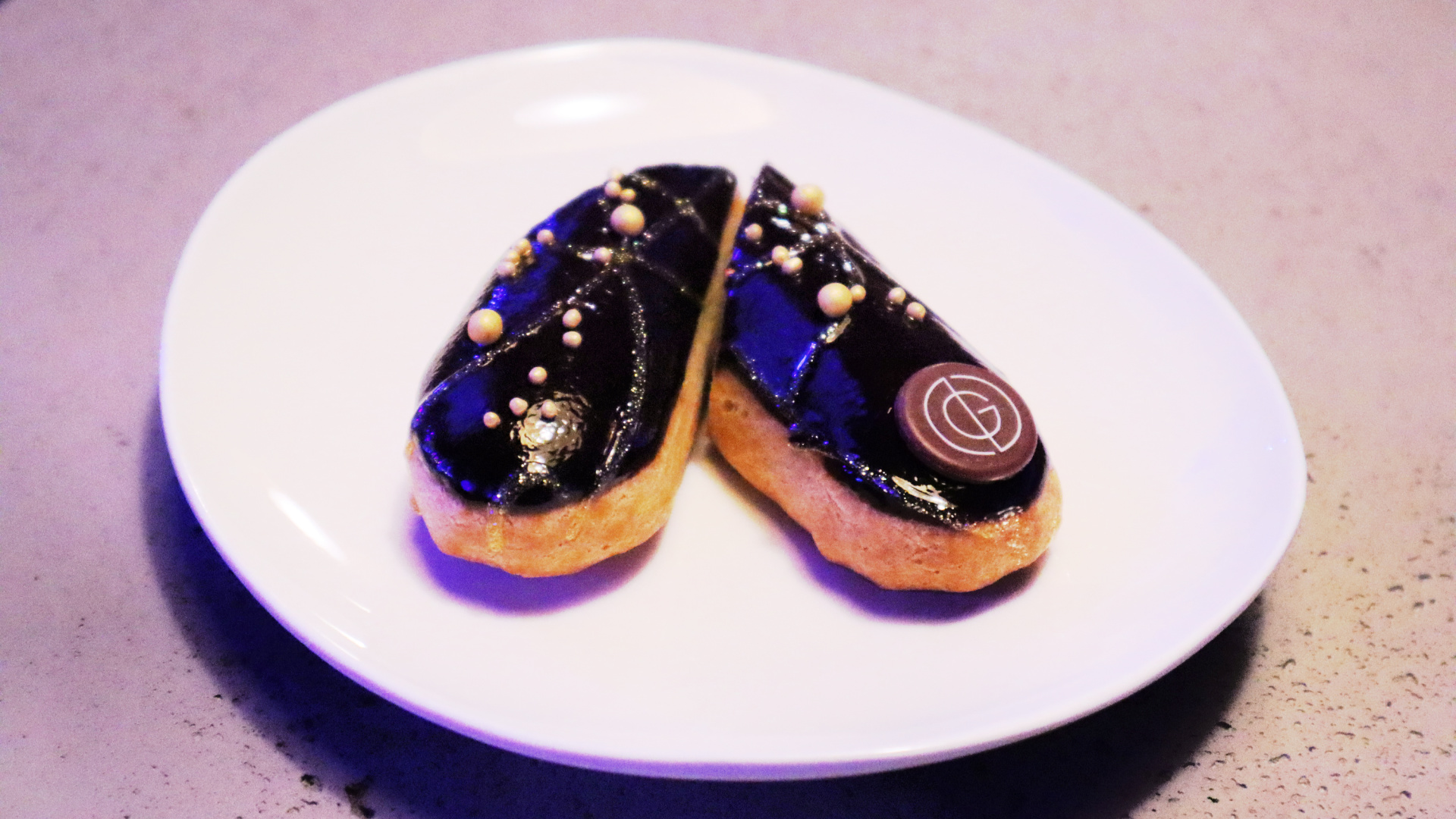 Nugateau is also behind the Dark Star Eclair, which is made with 64 per cent dark chocolate cremeux. 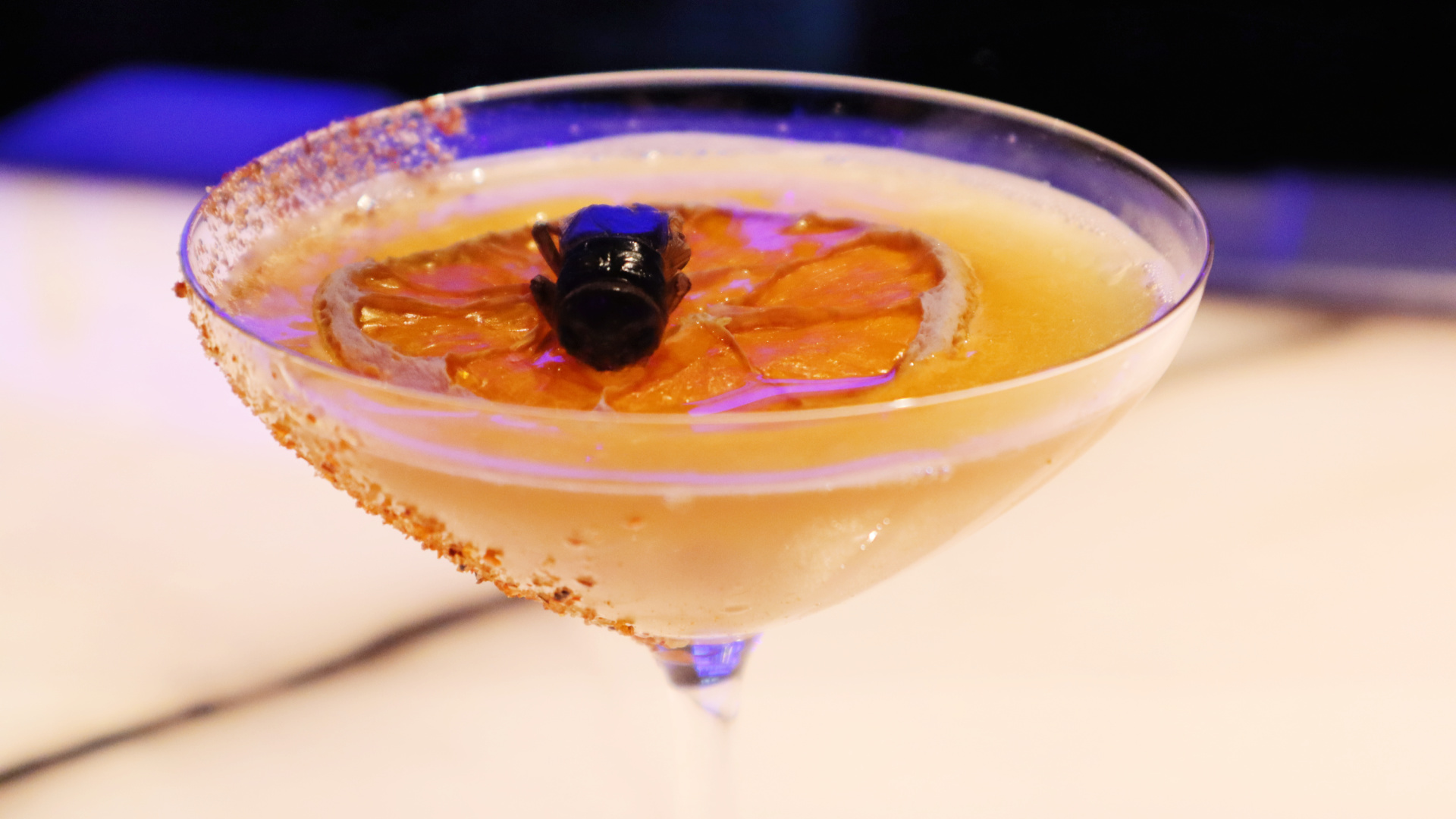 The Xenophauna, for example, is a riff on a Last World cocktail, made with celery-infused gin, green chartreuse, lime juice, demerara syrup and tajin – all garnished with a fried grasshopper to add an otherworldly-feeling element. 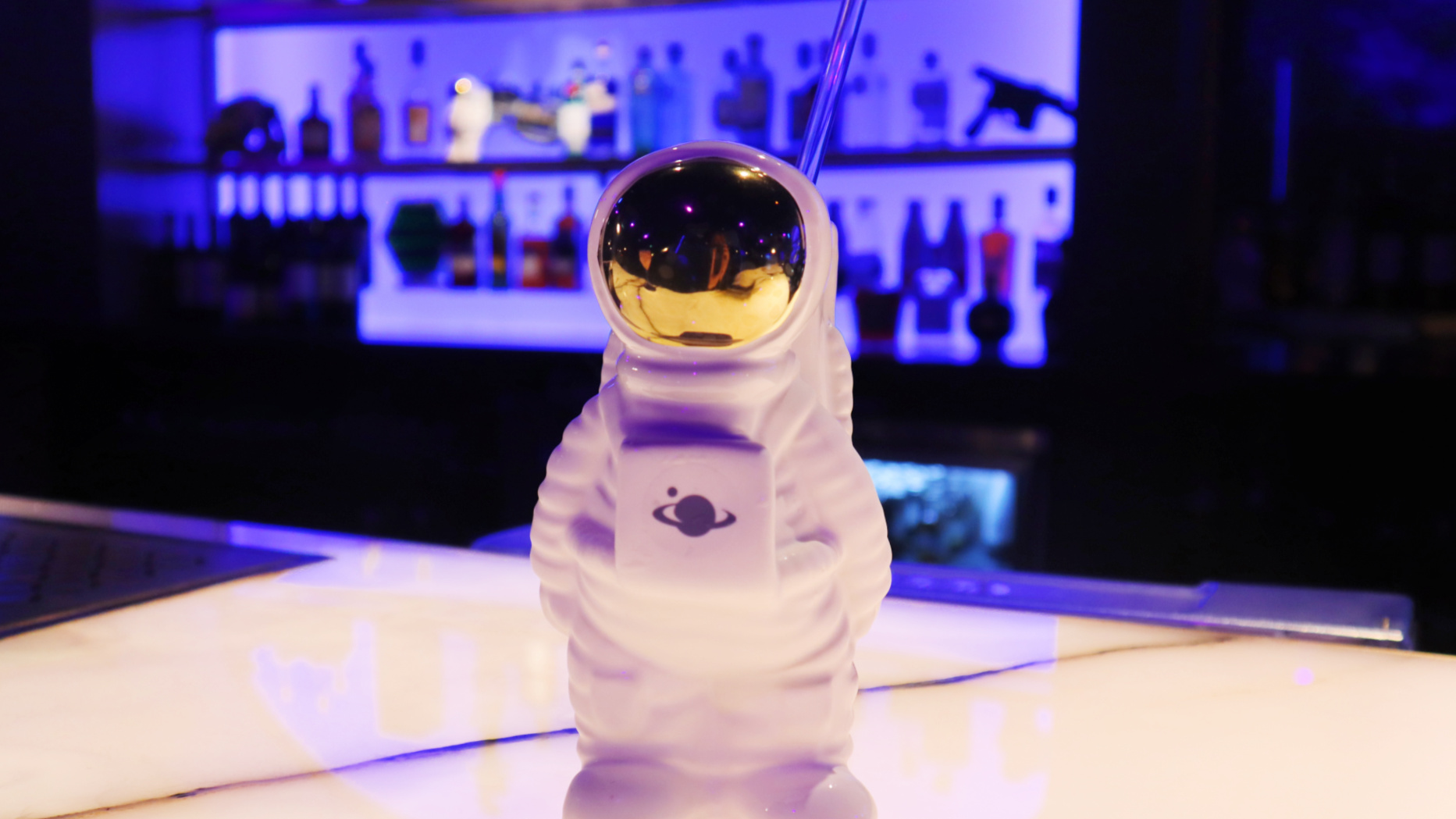 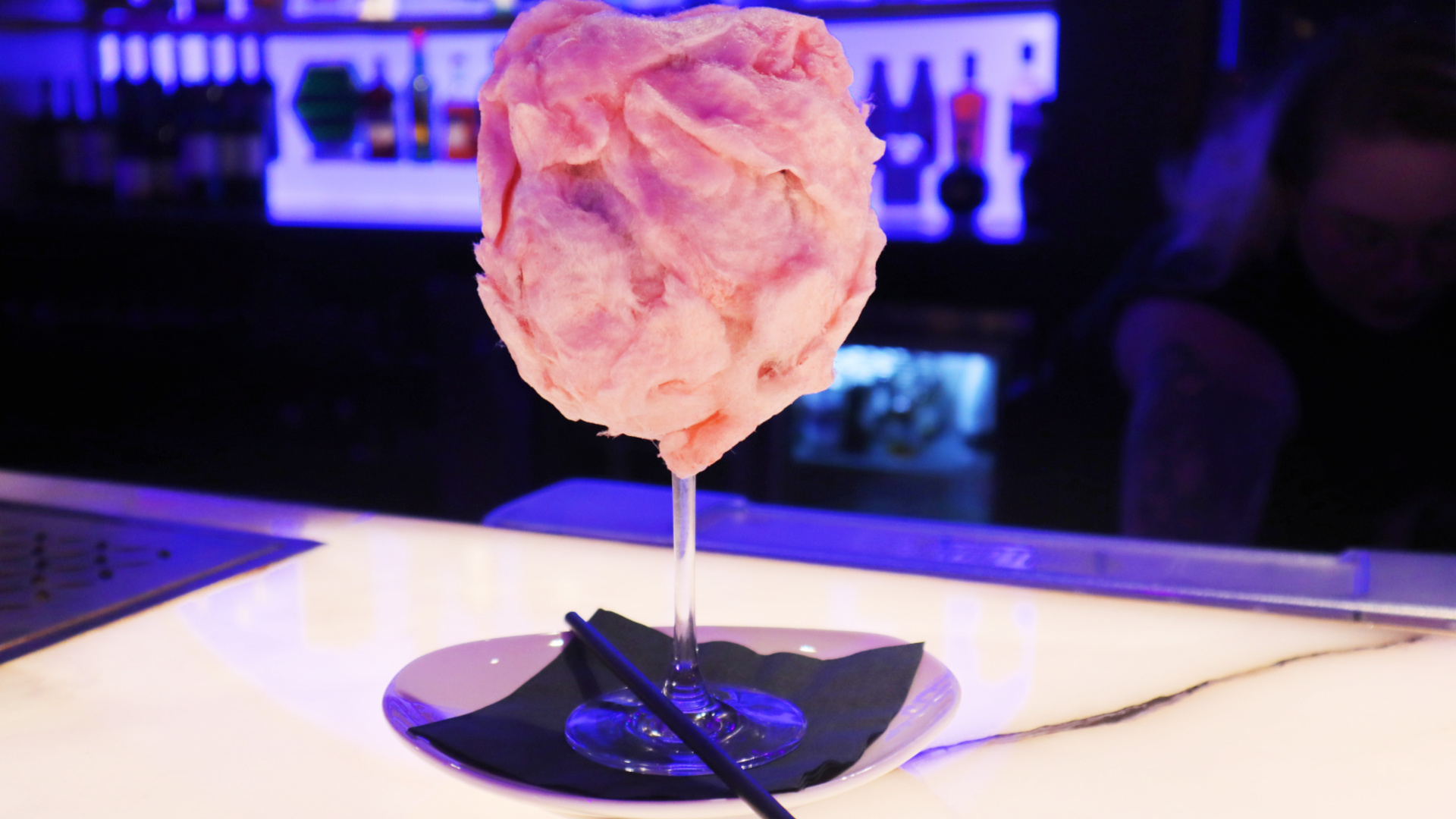 For the No Tribble, a mix of 1800 Reposado, Cointreau, Lambrusco and cherry soda is hugged by a layer of cotton candy. 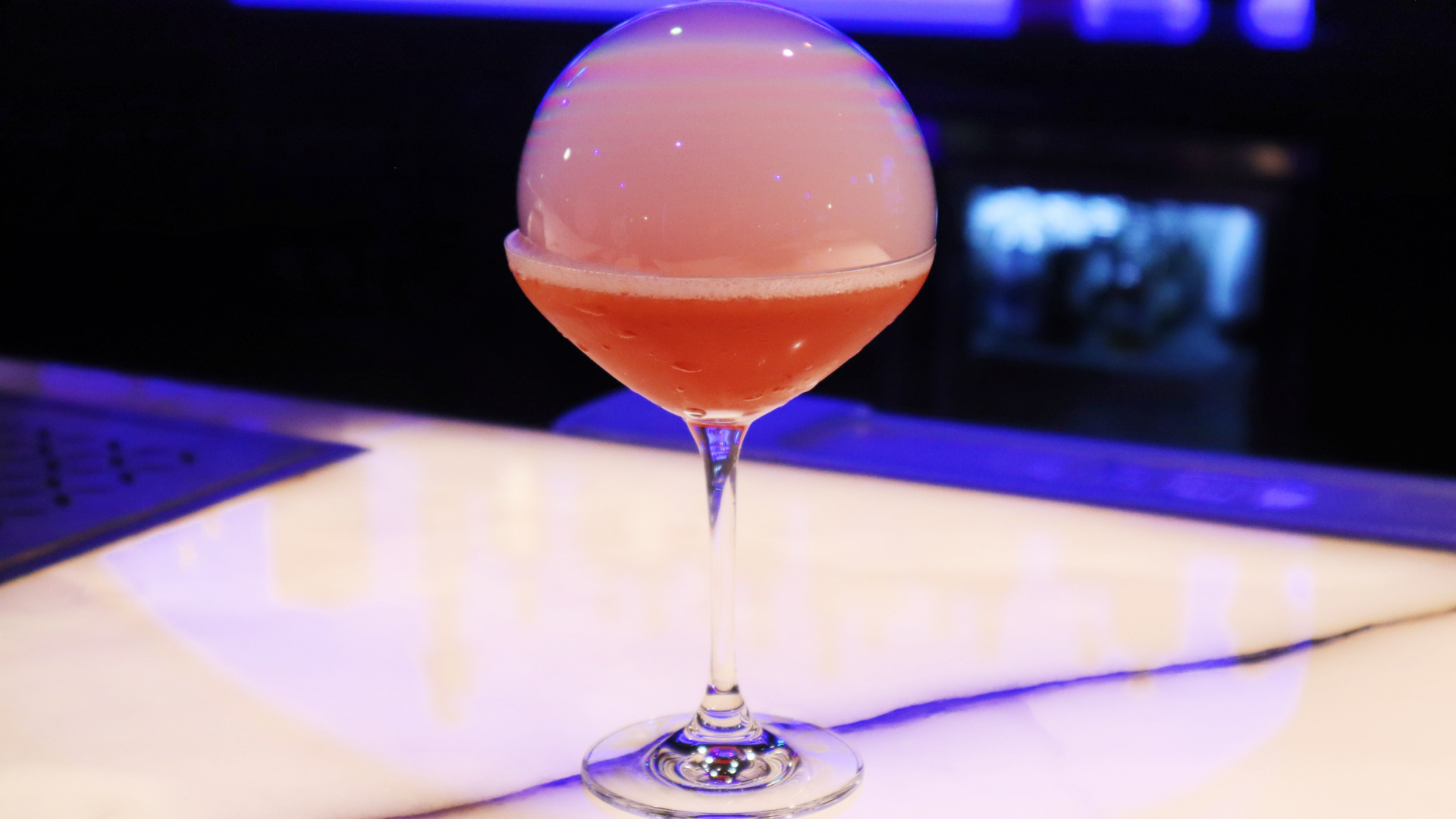 True to its name, the Warp Bubble is topped with a vapour-filled bubble that eventually dissolves into a dramatic cloud of smoke. It’s made with Four Roses bourbon, honey syrup, cherry soda and lemon juice.

While these creative cocktails are the showpiece of the bar program, VanderWallen says the team also wants to cater to imbibers looking for a simple, well-made drink. “We have our nine fun, tongue-in-cheek, classic cocktails that we’ve sci-fi’d up, but we want to be able to have somebody sit down and order the best Manhattan they’re ever gonna have or their favourite tequila,” he says.

Offworld blends a lounge-like vibe with glowing lighting, an illuminated stone bar and hologram-like light fixtures to create an ambiance that feels part-nightclub and part-geek den. 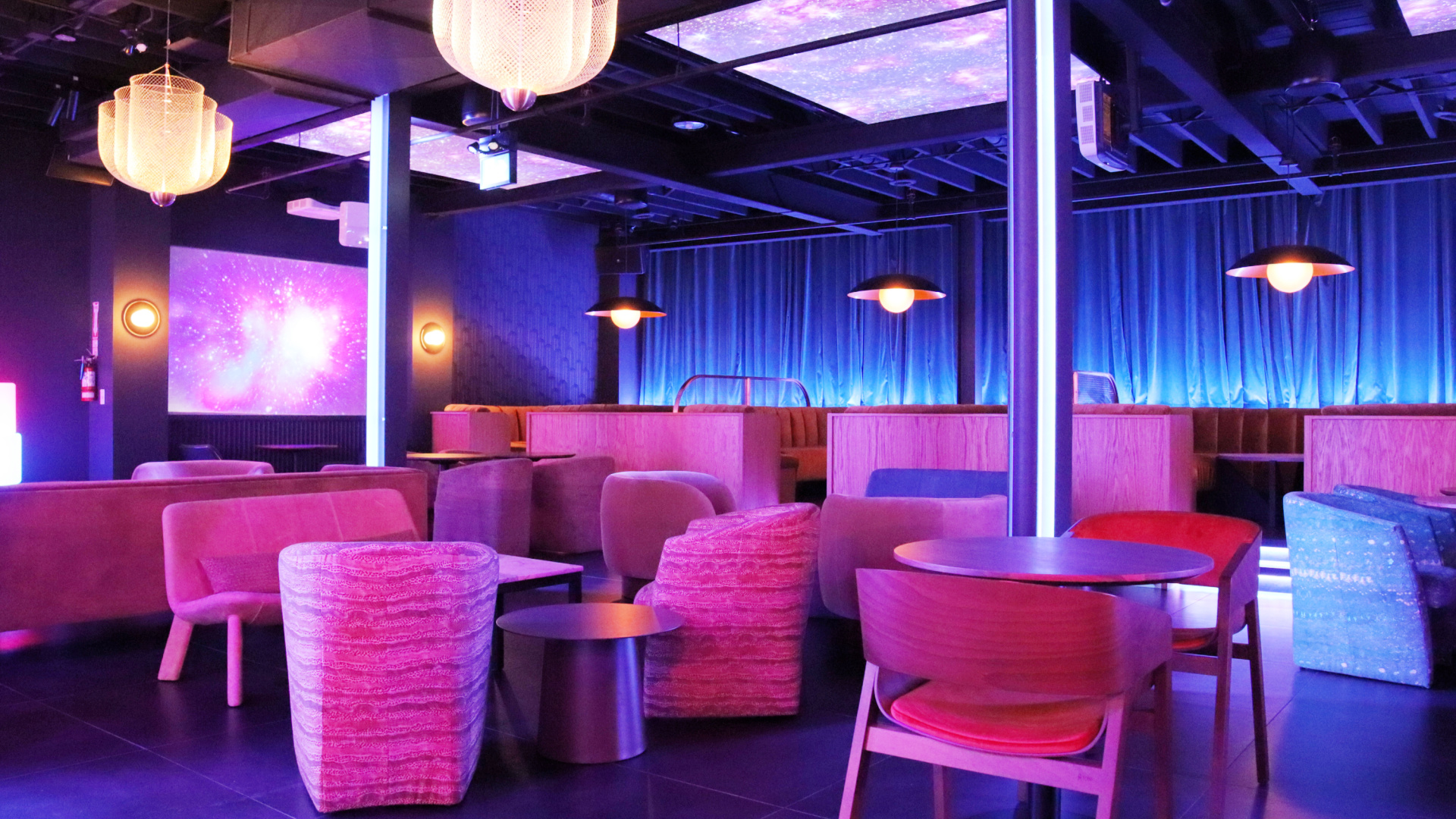 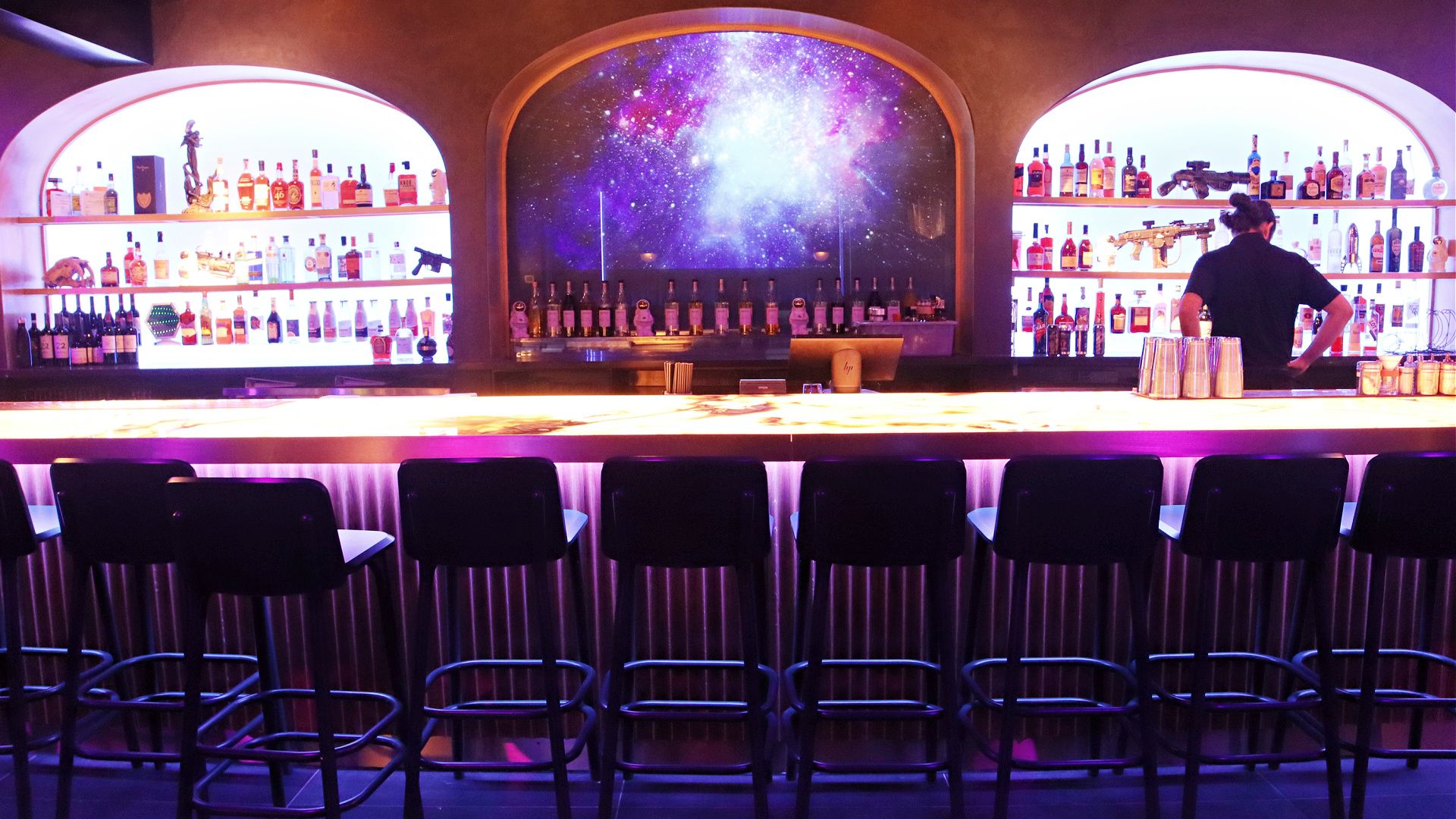 The screens display a star-filled galaxy as a default, but change throughout any given evening to take guests to various ‘planets’ populated by weird and wonderful creatures. “When this room is full, you hear the reaction when we change over,” says VanderWallen.

VanderWallen says DJ performances and a late-night dance floor are possibilities in the coming weeks. “We’re very proud to be the next experiment in the Storm Crow world,” he says.