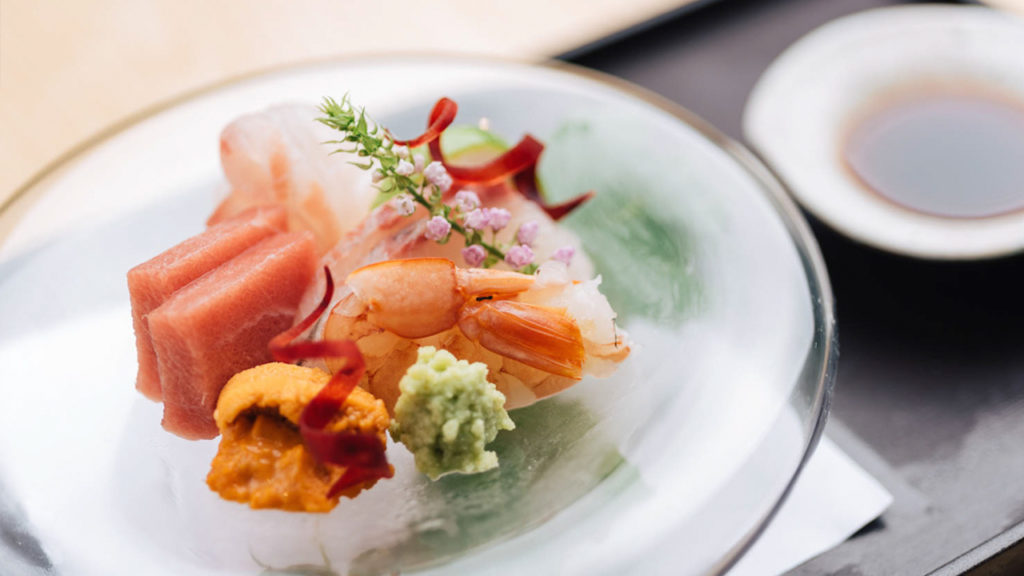 On December 20, 2022, a new Japanese restaurant opened its doors in Davisville. The first of its kind in Toronto, Kappo Sato serves up traditional Japanese eats masterfully made by a chef that has over a decade of experience in Kappo-style cooking.

Kappo, which simply means “to cut and to cook,” is a cooking method by which expertly trained chefs use cutting and boiling techniques to make the food, in addition to having a deep understanding of the tea ceremony and flower arrangement culture prevalent in artful Japanese cuisine and culture.

Becoming a Master of Kappo usually involves 10 to 15 years of steady training, which is why it is uncommon to find Kappo restaurants in North America.

At the helm of Kappo Sato is Chef Takeshi Sato, a veteran of the food industry and a highly skilled Kappo Chef. He worked at a Michelin Star Japanese restaurant in Tokyo before moving to Canada in 2011 to take on the role of official chef of the Japanese Consulate General in Toronto. He was also the Head Chef of Zen Japanese Restaurant since 2013, working under Mr. Kashiwabara, someone he greatly admired and looked to as a mentor of life, business, and entrepreneurship. Ultimately, it was Mr. Kashiwabara who inspired him to make the leap and open his own restaurant late last year.

Armed with his education and passion for Kappo-style cooking, the new spot echoes simplicity and quality with every decision made from cooking equipment to utensils to décor – intentionally chosen. The food is prepared right in front of the diners at an open-facing counter in a relaxed atmosphere with Japanese-inspired design.

The restaurant accepts eight reservations per seating — either at 5:30 p.m. or 8:30 p.m. — and serves just 16 people per day, which allows the team to focus on quality, delivering an intense, highly perfected experience for guests.

On the menu is a number of unique dishes including a 12-course Omakase that ranges in price from $260 to $360 and features Wagyu beef, sushi, sashimi, tempura and rice cooked in a special copper Hagama pot.


“Rice cooked in a copper kettle with our special soup stock is one of our more unique and bestselling food items,” says a representative from Kappo Sato. The copper pot, called a Hagama, was made by a master craftsman in Kyoto and has a very high heat conductivity, which allows for a faster cook time using less water. “The result is rice that has a luster, firmness, fragrance and sweetness that you have likely never tasted before.”

Soup is the star of the show at Kappo Sato, and is thought of as the “heart of Japanese cuisine,” a dish that tests the skills of the chef. Kappo Sato uses Kombu (seaweed) from Hokkaido to prepare the soup stock and dried bonito (fish fillets) from Kagoshima Prefecture is freshly shaved in front of the customer for each order.

“Our staff shares their wisdom and opinions with each other and work hard every day to make the restaurant even better. We all have different experiences but the one thing we have in common is our desire to do our best to convey the charm of Japanese food to our customers,” said the representative.