Toronto just got a delicious new diner
Skip to content 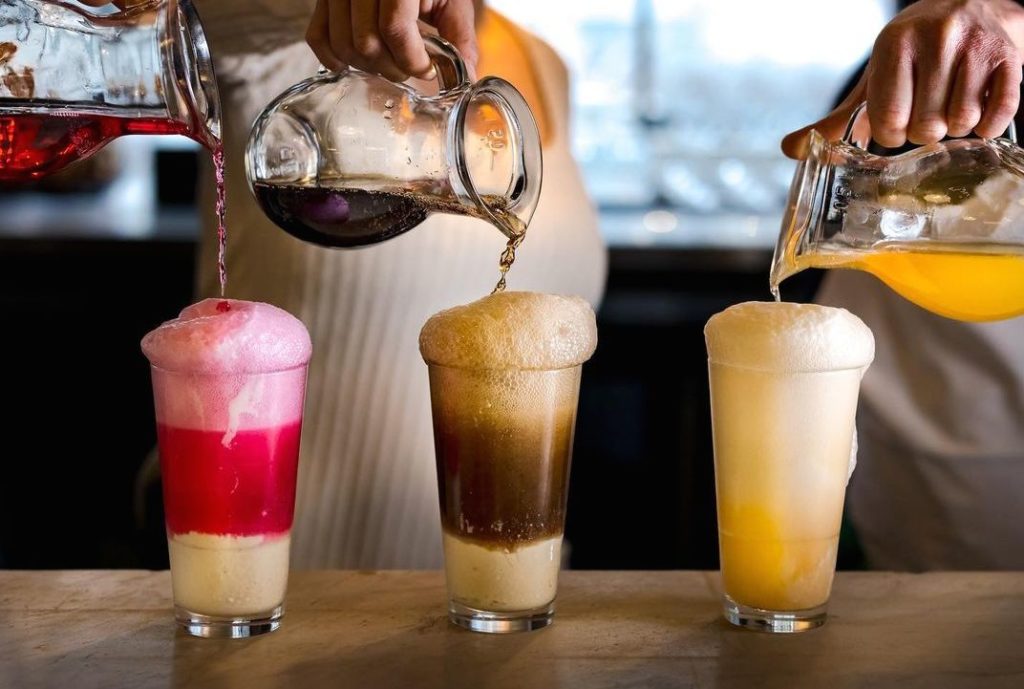 Reminiscent of the typical greasy spoon-style American diners you often see in movies, The Red Eye is a welcome addition to Toronto’s Financial District.

Here, you’ll find all the classic staples a mid-20th century American diner boasts. Think gooey cheeseburgers with all the fixings, sizzling onion rings, fresh-cut French fries and sugary vanilla ice cream floats that can be crafted with any soda flavour, including the popular pink cream soda.

Run by chef Adam Ryan (Bar Reyna) and Joshua Mott (Her Father’s Cider Bar + Kitchen), The Red Eye opened in the upper level of the Chef’s Hall in April 2022.

All of the ingredients on the menu are sourced from Canadian agriculture purveyors: the beef is purchased from Canadian ranchers; the potatoes grown by Canadian farmers; and spent coffee grinds from their Chef’s Hall neighbours, Lost Coffee, make their way into the signature gravy.

The Red Eye’s signature smash burgers are made from a blend of brisket and chuck beef, then topped with a slice of sharp American cheese, hot house tomato, red onion, dill pickle, and housemade aioli on a toasted potato bun. Of course, chowing down on a burger like this wouldn’t be complete without a side of fries or onion rings, which make for perfect dunkers in Chef Ryan’s signature Red Eye Gravy—a rich gravy infused with espresso that’s an ode to the early mornings, late nights and honest work of blue collar workers.


Alongside its fast food favourites, The Red Eye lends a modern lens to today’s diner, offering other Americanized eats like their chicken fried steak, the steak frites (a 7oz New York striploin dressed with green peppercorn sauce, sauteed mushrooms and bell peppers on a bed of sumac fries), or the disco fries—a funky twist on a Canadian staple, the poutine. Instead of curds and gravy, these Yukon Gold fries are tossed in rendered beef fat and fresh thyme and then loaded with melted mozzarella, cheddar cheese, and that signature Red Eye gravy we just can’t get enough of.