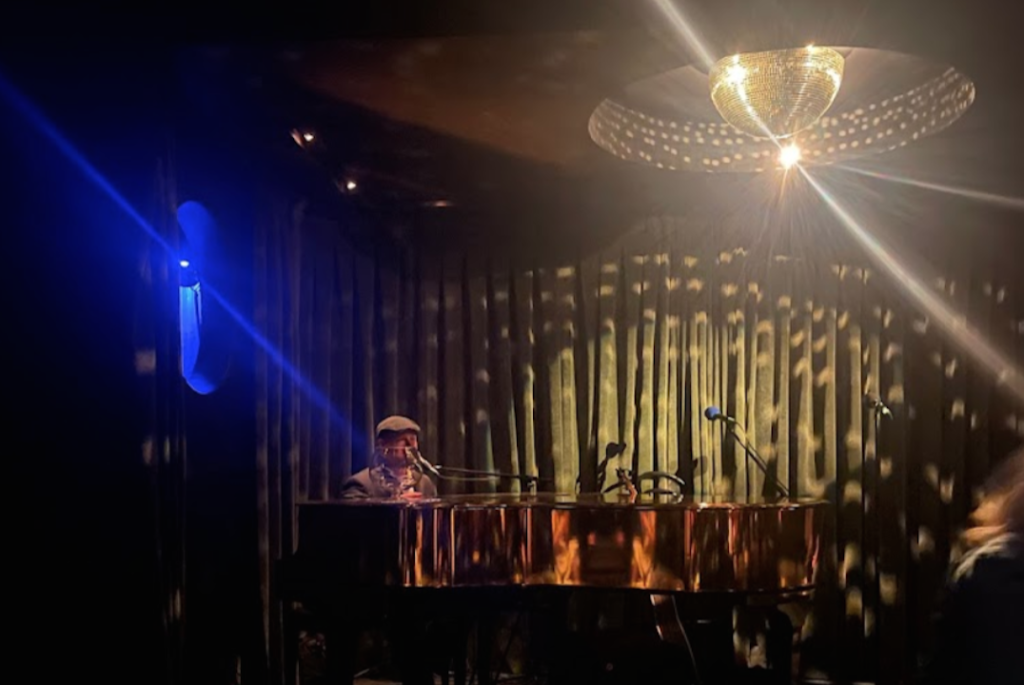 Jean Darlene Piano Bar is a new speakeasy spot that melds IYKYK vibes with the chicness of a piano bar and camaraderie of an open mic. You can swing by for drinks and stay for the regularly scheduled live performances that range from pianists, drag shows, live samba and themed singalongs. If you have a flair for the dramatic,  there’s tons of opportunity to hop on stage and show off your own singing and performing chops, too. And who knows, maybe the owners will like you enough to invite you downstairs, where they have a full-fledged recording studio.

If Jean Darlene sounds like just another sick venue in a sea of uber cool spots across the city, that’s likely because its backed by some of the same people who have brought us other dimly lit venues with good food, good drinks and even better vibes. Think: Ossington’s dark and glowy The Haifa Room, its expansive and cool neighbor, Paris Paris and College Street’s new spot for delicious old-school pie, Danny’s Pizza Tavern, to name a few.

And who’s Jean Darlene you might ask? The spot’s moniker is an ode to its history, named after a clothing store that called the space home from 1972 to 2018.

Take a date or bring a group of live music aficionados to the 1203 Dundas Street West spot, located in the laneway behind the building. Open the last door to your left and voila! To keep up to to date on all the latest happenings at this secret new piano bar, keep an eye on Jean Darlene’s Instagram page.