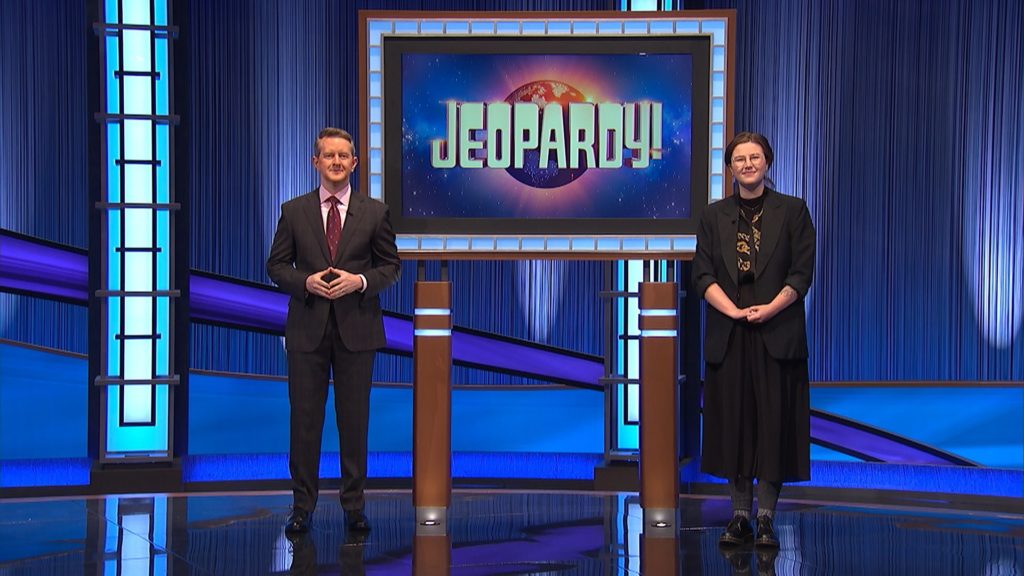 Things just keep getting better for Jeopardy! contestant Mattea Roach. On Monday night’s episode, the 23-year-old tutor from Toronto, beat out a college instructor and a marketing manager to secure an impressive five-game winning streak.

According to the Daily Box Scores, Roach attempted to buzz in 39 times during Monday’s episode and was successful 23 times for a success rate of 59 per cent. Of those 23 buzzes, she was correct 20 times.

During the interview portion of Friday’s episode, Roach was asked by host Mayim Bialik what it was like “to be our very special Canadian Unicorn?” Roach, who is originally from Halifax, responded, “It’s been amazing. Canadians are always very proud of our homegrown celebrities, so to come on Jeopardy! where Alex was such an iconic presence for so many years, it’s really, really special.”

Roach, a U of T grad currently works as a tutor for the Law School Admissions Test (LSAT) and is hoping to attend law school in the fall of 2022.

In a recent interview, Roach said while she did not have much trivia experience she has a knack for remembering things which helped immensely.

“I’m just lucky I’ve got a lot of mostly useless information kicking around in my brain but then in moments like ‘Jeopardy!,’ it becomes useful,” she said.

In a tweet Monday evening, Roach gave a shout-out to her opponents and the difficulty level of the board.

“In all seriousness, that game was not as bad as I remembered, serious kudos to @WolfmanTweets for doing what needed to be done on the DD, and props to him and Vanessa (unsure of she has Twitter) for their performance on some TOUGH boards. more to come tomorrow!!”

The episodes were pre-recorded in Los Angeles in January and due to contractual obligations, Roach has had to keep the outcome of her wins under wraps.

In tonight’s episode, Roach will go head-to-head against Leah Q. Pence, a social studies teacher from Georgia, and Zhe Lu, a software engineer from Massachusetts.