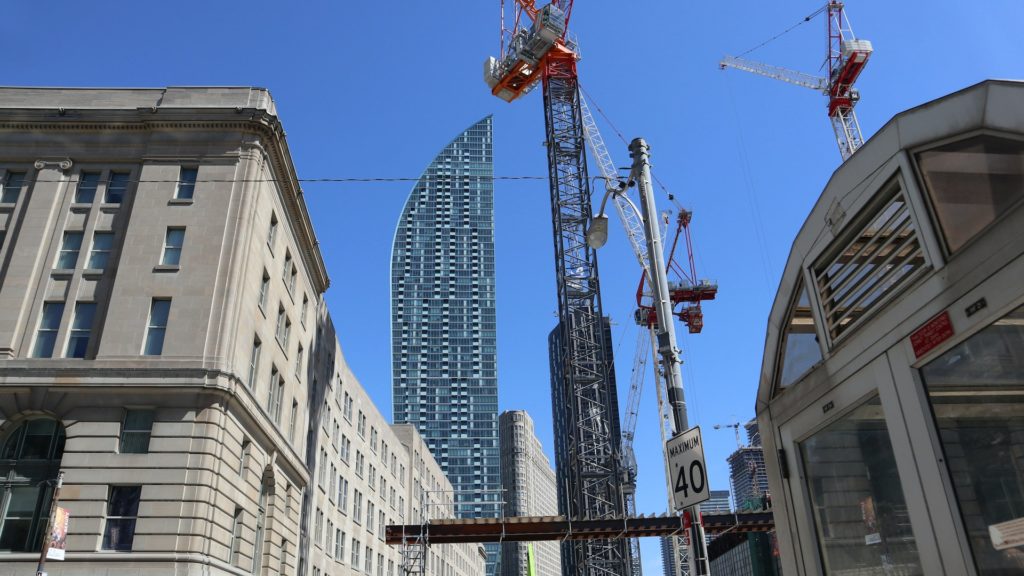 Toronto’s already-severe housing shortage may be heading in the wrong direction as rental and condo projects are being cancelled mid-way through, and the trend could last for several years and further intensify the city’s affordability crunch.

Inflation, rising interest rates that make financing homebuilding and homebuying more expensive and higher construction costs are just a few of the myriad factors that, together, could send a shock through Toronto’s new-housing pipeline, experts warn. Faced with increasingly unpredictable and rising costs, developers may opt to cancel rental and condo projects currently underway, leaving thousands of homebuyers potentially in the lurch — and the pullback might have already started.

“Developers are playing the world’s largest game of Whac-A-Mole,” says David Schoonjans, a senior director at Altus Group, a global real estate services company. “There are just unpredictable things that they have to constantly deal with that are interrupting schedules,” he says, explaining that pandemic-related supply-chain issues are yet another challenge.

Since early 2016, Schoonjans notes, costs for formwork — which represents the lion’s share of building costs by dollar value and include a structure’s reinforced concrete bones and foundation — have more than doubled. “When you have your largest trade going up that fast, it’s a huge impact on the bottom line,” he says. Schoonjans cites both a skilled-labour shortage and escalating material prices as causes.

Precise data on Toronto housing cancellations aren’t the easiest to come by. Sometimes, a developer will quietly shutter a sales office for a new development, or a project perhaps hasn’t even reached the point of sales before the plug is pulled. There are, however, multiple indicators that suggest the rate of homebuilding in Toronto — and its environs — is indeed slowing, and at a time when many argue more supply is needed most.

Two months ago, Colliers International began tallying cancelled and indefinitely shelved residential projects, including all housing types, across the GTA. To date this year, 45 developments aren’t moving forward as planned, based on Colliers’ discussions with developers and cost consultants.

45 projects in the GTA in the past week have now been cancelled or “shelved” now. (residential real estate condo and rental) as of this week.

“I have not ever seen a market like this, where it quite literally has almost stopped in a way,” says Jeremiah Shamess, senior vice president at Colliers International. (Shamess did not disclose the names of any projects in question, citing client privacy.)

The scrapped builds include eight rental developments and six low-rise subdivisions, with the remainder being condos. These include projects that have been totally scrapped and others that are likely to relaunch with higher prices later, as well as proposed rental buildings that are being reworked into condos. “There’s a lot of waiting and seeing,” says Shamess, who heads up the Colliers Private Capital Investment Group, which brokers transactions for land and building owners. “People think the affordability problem is bad now, well, if you stop that [housing] supply chain now, that’s where you really start to see issues compound over the next couple years.”

Altus Group only has one outright cancelled residential project on the books for 2022 so far, compared to 13 for all of last year, although the firm also suggests there’s probably more to come.

“There are a few projects on the brink with developers looking at alternative solutions before having to cancel the projects — such as asking purchasers for additional dollars to make up for the cost increase,” says Ray Wong, vice president of data operations at Altus Group, in an email statement. “We will probably see more cancellations this year if the cost escalations and other market issues continue to impact projects,” he adds.

By Altus Group’s count, 2009 saw the highest annual total of cancelled residential projects, with 25 ending up on the chopping block at the tail end of the Great Recession.

To get a more complete picture of the market, it’s worth looking at the pre-construction pricing for units that sold about a year ago, notes Shaun Hildebrand, president of Urbanation, a Toronto-based development consultancy.

Upwards of 5,000 units that sold at a rate of $1,000 per square foot or less more than a year ago just aren’t financially viable any more. “Many of those are likely to cancel, and there are likely others that have been delayed in terms of starting construction and risk cancelling given the cost environment,” Hildebrand explains in an email, noting 2018, when 4,687 units were axed, represents the all-time high.

Urbanation completed a study for the Federation of Rental-housing Providers of Ontario (FRPO) determining that over 300,000 rental units are required, in addition to the current supply forecast, to address the rental supply gap over the next decade. https://t.co/vokmcW1aDc

The Canada Mortgage and Housing Corporation does not track project cancellations, but the government agency expects the pace of homebuilding in Toronto to slacken as well. “Overall, we are expecting housing construction activity to ease over the next couple of years, in line with their sales patterns, as well as due to a general ease in housing demand,” a spokesperson says in an email.

Shamess of Colliers is just one among the experts suggesting that certain city development policies are going to further contribute to the strain.

He cites the city of Toronto’s adoption of an Inclusionary Zoning Policy — which sets aside a certain share of units for affordable housing within new developments but has yet to take effect — as one challenge. Critics of the policy, including affordable housing activists, have noted that the policy won’t do enough to make housing affordable and might instead result in fewer units being built. Critics point to inclusionary zoning policies in other cities, which waive fees and lower associated levies to decrease the cost of building new projects.

Another is a proposal to hike development charges by as much as 49 per cent, which was adopted by the city’s Executive Committee on July 12 with amendments and will be considered by the city council on July 19.

The city says it analyzed the financial feasibility of its Inclusionary Zoning Policy prior to introducing the framework to ensure there wouldn’t be negative effects on homebuilding and prices. “The analysis, which was peer reviewed, demonstrated there was viability to include affordable housing in new developments,” reads a statement attributed to senior planner Christine Ono.

On development charges, the city suggests they are necessary to fund infrastructure needs related to urban growth and that proposed increases would be phased in. “Development charges and other growth funding charges are just one part of the overall cost of housing, and they are not the biggest factor driving the increase of housing costs,” reads a statement attributed to Andrew Flynn, controller for the city.

Not everyone agrees a flurry of condo cancellations is — or seems on the verge of — becoming a sizable problem in Toronto.

For one, the Building Industry and Land Development Association, which represents the development industry, hasn’t observed a higher level of cancelled projects, says Dave Wilkes, the lobby group’s president and CEO.

“Obviously we’re aware of the speculation… in the press,” he says. “But at this point in time, it is speculation as to the degree with which these headwinds would cause new product not to be brought to the market,” he notes, referring to hurdles including material and labour costs as well as municipal fees.

In terms of holding back the rate of Toronto homebuilding in general, Wilkes declined to comment “specifically” but acknowledges it’s a trying time for his industry. “The facts are that the cost structures of the builders are being influenced in a way that they haven’t been before.”