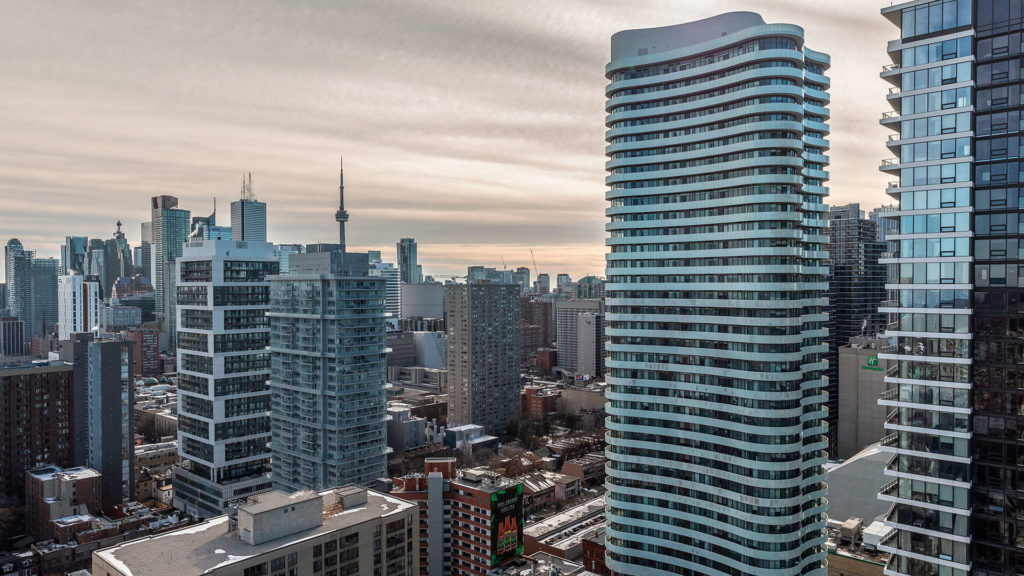 As home prices and sales collapse across Canada, the Toronto housing market may be on the verge of its harshest correction in 50 years, one of the country’s biggest banks warns in a new report.

“Canada’s least affordable markets Vancouver and Toronto, and their surrounding regions, are most at risk in light of their excessively stretched affordability and outsized price gains during the pandemic,” writes RBC Senior Economist Robert Hogue in the report.

Not counting the early days of COVID-19 lockdown in 2020, existing-home sales throughout the Toronto region screeched to the slowest pace in more than 13 years this July, according to a preliminary estimate published by RBC. The bank says Greater Toronto Area home sales are down a whopping 47.1 per cent compared to a year ago. “What a difference a few months make,” Hogue notes. “The frenzy that took Toronto’s market to unprecedented heights this winter is completely gone.”

The tailspin began in March, when the Bank of Canada announced its first of four consecutive hikes to its key interest rate, which impacts mortgages. “Soaring interest rates have been the catalyst for this widespread correction,” according to Hogue. “Higher borrowing costs have pushed many buyers to the sidelines and reduced the purchasing budget of others.

The overnight rate now sits at 2.5 per cent, up from 0.25 per cent at the beginning of the year. As a result, some homeowners have already had their monthly mortgage payments increase by hundreds of dollars — or more.

With the hikes, the central bank hopes to slow the rate of inflation, which is clocking in at 8.1 per cent, according to Statistics Canada. Hogue anticipates policymakers will continue on this path through the fall, increasing the overnight rate by another 75 basis points. “We expect buyers to remain on the defensive in the months ahead as they deal with rising interest rates and poor affordability,” says Hogue of the Toronto market, which has seen the number of active listings surge by 58 per cent over July 2021 levels.

Since March, the index price of a Toronto home, including houses and condos, has fallen 13 per cent, or $178,000, to $1.16 million. In July alone, a decline of 3.9 per cent chopped $47,000 off the index price, which the Canadian Real Estate Association adjusts for seasonal factors. RBC projects housing prices aren’t done dropping.

The 905 area is particularly vulnerable to a deeper correction, suggests Hogue. Suburban properties commanded a premium earlier in the pandemic. Amid lockdowns and new work-from-home policies, some buyers became more interested in bigger properties with more outdoor space, for example, or room for home offices.

While RBC notes the housing correction is nationwide, only the Fraser Valley has experienced a sharper sales downturn of 50.5 per cent (although Vancouver isn’t far off at 43.3 per cent). “We think this correction is still in its early stage,” says Hogue, referring to the Vancouver area. “Buyers in the Greater Vancouver area—the most sensitive to interest rates in the country—face further pressure as the Bank of Canada pursues its hiking campaign and affordability reaches suffocating levels.”

The RBC report focuses on the resale segment, but data on the Greater Toronto Area’s new-home market also suggest a sharp drop in sales activity. In June, new home sales were running 52 per cent under the 10-year average, according to the Building Industry and Land Development Association’s latest report.

If there’s a silver lining for Toronto’s housing market, it’s in the multi-family segment. “Condos in the City of Toronto are likely to remain relatively more resilient,” according to Hogue. One reason: for more and more buyers, condos are all they can afford.

Nonetheless, Hogue doesn’t mince words about the severity of housing correction. “In the Toronto and Vancouver areas, the decline in activity is quickly becoming one of the deepest of the past half a century,” he writes. “Prices are sliding fast, and the exuberance that permeated these markets earlier this year is being replaced by fear.”