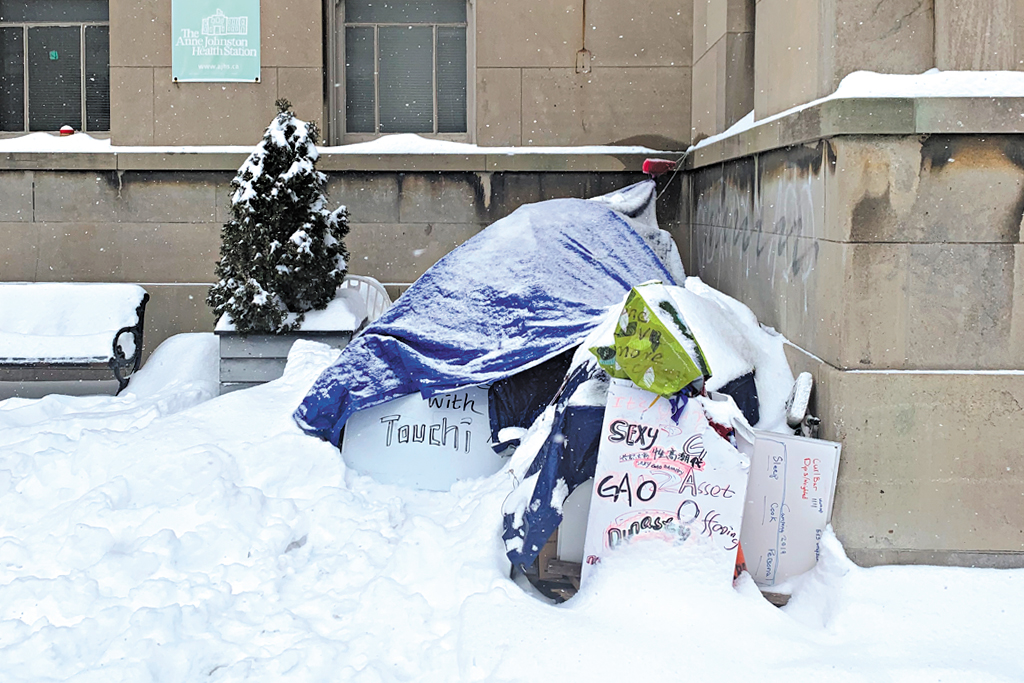 A two-tent encampment currently occupying the sidewalk outside of the Anne Johnston Health Station is anything but the picture of health. Garbage, signs and furniture sit outside the two tents surrounded by snow. Residents have been trying to contact the City of Toronto to have the area cleaned up as the tents appear to have been abandoned.

The Midtown Community Safety Group has been calling 311 every week to ask the city to collect the waste. Last month with city offices closed due to weather, the group targeted Dan Breault (social development, finance and administration manager) and Mike Colle (city councillor for Ward 8) with complaints.

“Today we are asking one city bureaucrat and one city councillor to have the city haul away the garbage, which has accumulated around the two empty tents which sit in front of the Health Station at Montgomery,” wrote resident Adam Saunders, in a social media post.

Colle’s office responded that it is aware of the issue and has been documenting actions taken to clean up the area, including discussions with the Uptown Yonge BIA.

“It appears the encampment has been abandoned and staff are trying to verify that it actually is empty and then they can work with Anne Johnston Health Station to get the area cleaned,” responded a representative from Coun. Colle’s office in an email to Post City.

In the same email, the representative said that Coun. Colle’s staff has been keeping a log of actions taken to rectify the situation, including working with the Uptown Yonge BIA and the city-run Streets to Homes staff.

“Security hired by the BIA spoke to the police, and they visited the site to see what could be done as the BIA received many complaints as well, regarding a male and female who were camped at this location,” the email states.

Following the BIA investigation, Colle’s office noted that the matter was escalated to 311 and handed to Street to Homes for a follow-up. The issue currently rests with the city’s Street Outreach Program.

One of those at the encampment, according to Colle’s office, “was dealt with a while back by police and charged with an assault on a male resident at the local shelter.”