Toronto home sales recovering from April drop, with prices up three per cent over last year
Skip to content 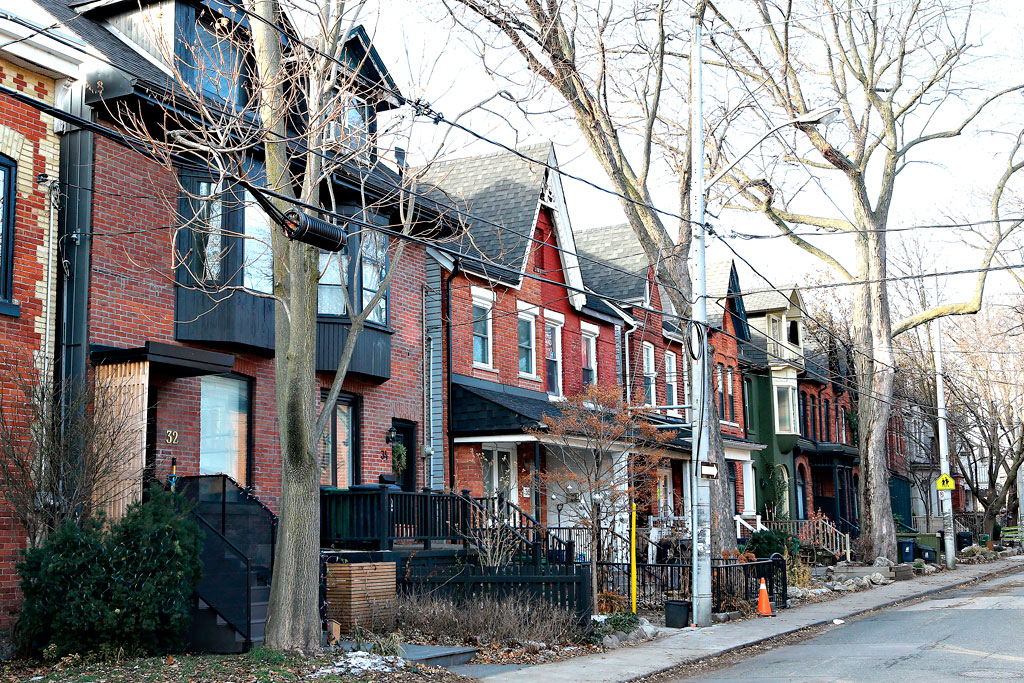 Toronto home sales for May were an improvement over April but were still far below yearly trends, according to a new report, as the market continues to recover from the impacts of the COVID-19 pandemic.

The Toronto Regional Real Estate Board (TRREB) released May’s numbers on Wednesday, which show 4,606 home sales recorded for the month — down 53.7 per cent from what was recorded in May 2019.

However, May’s sales were up “substantially” compared to last month, according to the report, increasing by 55.2 per cent. April saw a 67.1 per cent drop in sales from a year earlier.

And true enough, things are rebounding after April – I’ve seen it (and shared it here) on a weekly basis. April actual sales were 2975 and May actual was 4606 for the GTA, so ⬆️55% (+1631 sales). Below you see the seasonally adjusted figures were in same range,⬆️53% /2 pic.twitter.com/hWDMSDnIFv

TRREB also reports that the number of new listings entered on the MLS in May were down by a “similar rate to that of sales” compared to last year — by 53.1 per cent, to 9,104. But again, the number of listings was still an improvement over the dismal drop in April, rising by 47.5 per cent.

The outbreak of COVID-19 saw fewer home showings due to physical distancing measures and the social isolation that took place.

“People are nervous about going and looking at homes [due to COVID-19],” said Vicky Tal, a managing partner for Forest Hill Real Estate. “[So] it’s harder to sell.”

“While the public health and economic concerns surrounding COVID-19 continue to impact the housing market, the May sales result represented a marked improvement over April,” Collins said in a statement. “Providing we continue to see a gradual re-opening of the economy, it is very possible that home sales will continue to improve in the coming months.”

Collins noted that 27 per cent of GTA households said they were likely to purchase a home over the next year, according to a Ipsos poll done in May.

As for home prices, they were “virtually unchanged” in May compared to April, according to TRREB, but the average selling price was up by three per cent compared to last year, standing at $863,599.

“With home sales and new listings continuing to trend in unison in May, market conditions remained balanced. This balance was evidenced by year-over-year average price growth slightly above the Bank of Canada’s long-term target for inflation,” TRREB chief market analyst Jason Mercer said in a statement. “If current market conditions are sustained during the gradual re-opening of the GTA economy, a moderate pace of year-over-year price growth could continue as we move through the spring and summer months.”

However, others have predicted that Toronto’s house market could become a buyer’s market in the months to come and prices will fall.

Canada’s national housing agency, Canada Mortgage and Housing Corp. (CMHC), predicted home prices could drop by up to 18 per cent over the next 12 months, while CIBC predicted prices will fall between five and 10 per cent this year compared to last year.

Tal said some are predicting a price drop due to the market possibly being flooded with new listings once government relief on mortgage payments end and “reality strikes.” Some who have lost their job due to the pandemic might need the extra income and put their house on the market. If new listings outmatch demand, it would create a buyer’s market.

As May did see an increase in listings, the question is whether demand can keep up.