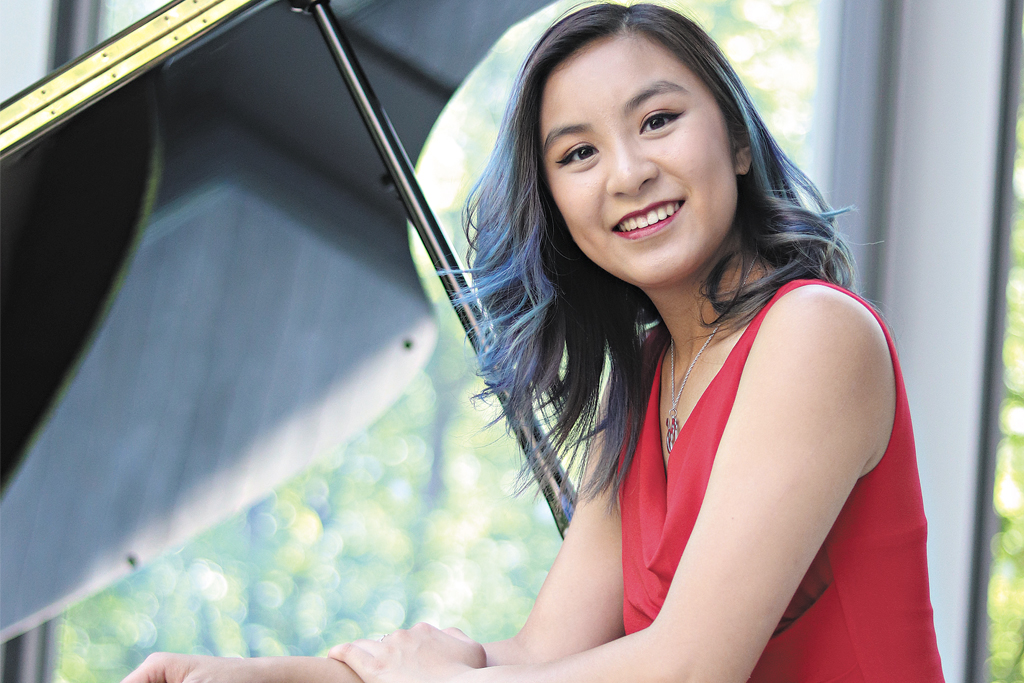 Although COVID-19 has led to unconventional post-secondary education experiences this year, students are still being recognized for their achievements within and outside of their high schools. These four Toronto 2020 high school graduates are some of the students who have earned scholarships to support them in their post-secondary endeavours.

Although Senaida Ng plans on focusing on music production and music technology at the Tisch School for the Arts, she says what got her started on the music path was playing classical piano at age four.

“I always kind of knew that I wanted to go into music,” Ng says.

She played in bands inside and outside of school and learned more instruments, including guitar and alto saxophone. But it was when she reached Grade 10 at Havergal College that she started to learn about music production.

“I started teaching myself how to produce music through YouTube videos. I loved the creation process of writing my own songs and singing and recording and producing them,” she says.

Ng received the 2020 NSHSS Performing Arts Music Scholarship, which recognizes students with exemplary skill or interest in music. She says that even though pursuing music so seriously has meant that she’s had a limited social life, she wouldn’t want it any other way.

“Music is the only thing that I really, really want to do in life. I’ll never get bored of it,” she says.

Hayley Monson says she’s known she loves math ever since she was a young child and has been finding ways to incorporate it into all parts of her life ever since. She’s voluntarily entered math contests, chosen STEM-related extracurricular activities and even tutored elementary school kids in math.

Monson knows that it might be uncommon to find anyone truly passionate about math, but she thinks there’s a lot of “fog” surrounding math and what it comprises.

“I think that it’s a little bit mystical to people,” she says. “But I don’t believe that there are math people and not math people. I think it’s something that everyone can like.”

She says it probably helps that she comes from a family that has been so supportive of her love for math, with lots of women who have gone into STEM.

“But at school, math clubs were always predominantly male. So I sort of had to work hard to prove myself as a girl because people don’t necessarily expect as much of you,” she says.

As a recipient of the Schulich Leader Scholarship, Monson says she’s very grateful to be connected to a network of Schulich leaders.

“The people I’ve met have been so amazing, and I expect that they’ll be a very valuable resource to me as I continue on in university,” she says.

Anjalee Narenthiren started learning to code earlier than most. She was just nine years old, participating in a robotics competition for young children called FIRST Lego League, which involved building robots out of Lego.

That early start led to Narenthiren’s robotics team in high school at University of Toronto Schools becoming world champions in Grade 11. It also prompted her to found TechExplore.com, with the goal of bringing tech education to young kids across the city.

“I realized that most students my age don’t get that kind of exposure early on to tech and robotics, and as a result, most people just never realized that this is something that is a possibility for them,” she says.

By Grade 12, Narenthiren realized that the entrepreneurial skills she learned running TechExplore were ones you couldn’t get in school.

“I realized they are fundamentally leadership skills,” she says. “So if I were to make that accessible to other students, I could unlock so much potential and so much growth.”

Narenthiren’s response to this revelation was to found Startup Dojo, a company that will bring business and entrepreneurship education to students ages 12 to 16. Receiving the TD Scholarship for Community Leadership has given Narenthiren the freedom to fully pursue this passion of hers during her gap year.

“I can take some time now to build things that I care about,” she says.

Fatima Ahmed says that as someone who grew up in a more diverse, low-income neighbourhood it was attending a high school in a middle- to high-income area that encouraged her to get involved in community leadership.

“I was made very aware of differences in the opportunities that youth in my community had access to, in comparison to other areas,” Ahmed says.

She helped found Our Voices Out Loud, which involves workshops on topics including bullying and harassment in her school and community. She worked with Pathways to Education Regent Park to found Girls Untitled, a safe space for young women of colour to discuss resilience strategies and topics surrounding identity and mental health. Ahmed also joined Regent Park Health Centre’s youth advisory committee.

“I became involved in leadership opportunities by following the lead of other amazing mentors and leaders in the Regent Park community,” she says. “I owe a lot of my success to other leaders around me.”

She says the TD Scholarship for Community Leadership has given her the opportunity to pursue a field of study she’s interested in, rather than something “practical” due to financial burden. She’s also considering graduate studies now, thanks to the scholarship.

“I’m able to apply my passion and interests to something that I enjoy, which is a huge privilege,” she says.