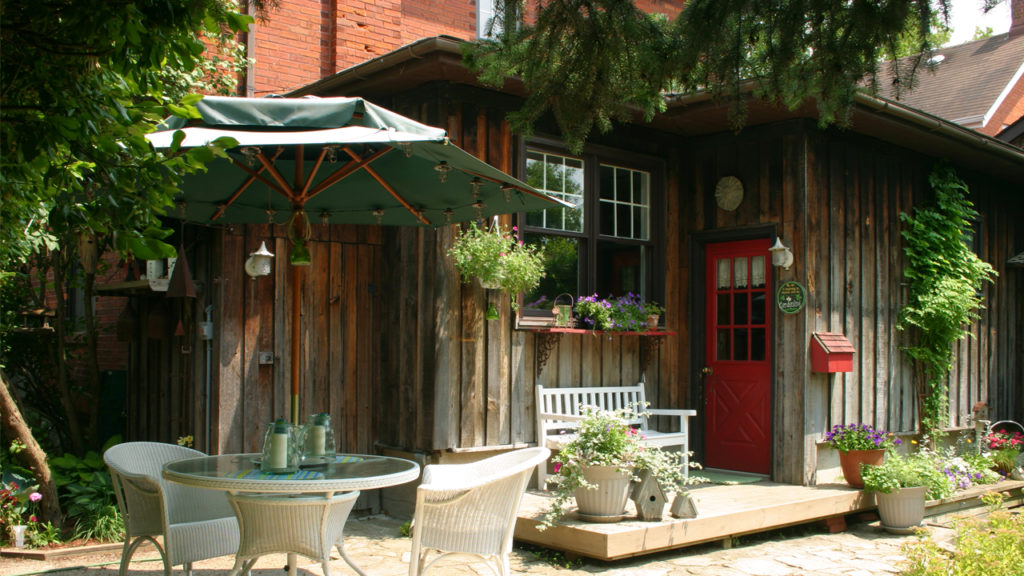 Over three years after small laneway houses began popping up in Toronto’s back alleys, the city is now proposing to add a new type of housing to its supply — garden suites.

Garden suites are similar to laneway suites, in that they are a vestige of a house, but rather than face a laneway, they face towards the house and its garden, as the name suggests.

“Garden suites are a modest version of laneway suites,” said Tony Cunha, a senior manager at Lanescape, which builds and advocates for laneway housing.

“It’s like taking your basement apartment and putting it in a house out back.”

Toronto’s Planning and Housing Committee adopted the motion to expand the rules that currently make it easier for homeowners to build laneway suites to include garden suites as well. City council will now vote on the matter on Feb. 2.

Currently, someone would have to rezone their backyard to build a garden suite, which requires a public process and approval from neighbours, whereas laneway suites have “as-of-right” permission, which means special approval is not needed.

Under the current proposal,  suites could have a footprint up to 650 square feet, compared to 860 square feet for laneway suites, and could be two stories with a maximum height of six metres.

Cunha said garden suites are one element in a multi-pronged effort to add supply to Toronto’s housing market, which has faced a crunch for years that has resulted in skyrocketing prices.

Already, there are 250 permits for laneway suites, which Cunha said is “quickly increasing,” and he predicts garden suites could quadruple the number of secondary suites in the city in 10 years time.

Cunha envisions the new options as good way for parents to downsize, opening up their homes to their children, and predicts that they may be more popular outside of the downtown core in areas such as Scarborough, Etobicoke or North York, where backyards may be bigger but laneways are in short supply.

However, garden suites could create tensions with neighbours given that under the proposed rules, their permission wouldn’t be necessary.

For example, garden suites would have to be set back from the property line at least 1.5 metres to avoid them “looming over a neighbouring property,” Driedger said, and a second story above four metres from the ground would have to have a 45-degree angular plane due to privacy and shadows.

While neighbours’ permission may not be necessary though, Cunha recommended consulting them first.

“Just because you don’t have to engage your neighbours doesn’t mean that you shouldn’t,” he said.