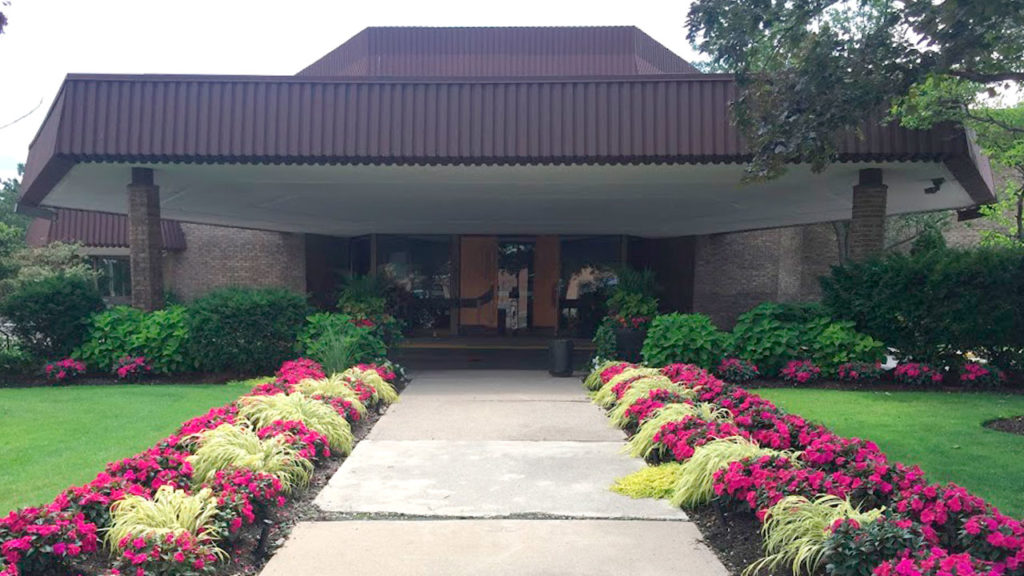 More families are sharing their stories about bad experiences with a Toronto funeral home after a grieving father accused the facility of charging extra fees on charitable donations made in his late son’s honour.

“A lot of people have started to come out,” says Raziel Zisman, whose 19-year-old son, Liam, died on Jan. 3 this year, and who now faces a legal battle with Benjamin’s Park Memorial Chapel over contributions to the memorial fund.

On the day of Liam’s death, Zisman says he and his wife, Jeanne, scrambled to have a Zoom meeting with Michael Benjamin, the president of Benjamin’s Park Memorial Chapel, and make arrangements for the service. In the call, Zisman says his family opted to establish the memorial fund with the chapel’s Benjamin Foundation, a registered charity, with the intention of eventually distributing proceeds to Chai Lifeline and Camp Quality. What he wasn’t told, he alleges, is that the foundation takes a 10 per cent cut of donations as an admin fee for holding the funds.

When Zisman was signing the contract after the call, he was so overwhelmed with grief that he didn’t notice the stipulation in print. “I can barely breathe,” he says, describing how he felt that January day.

In February, Zisman launched a lawsuit, which is ongoing, against the funeral home. Then, in May, he complained to the Bereavement Authority of Ontario, the province’s funeral-industry watchdog which, in a ruling last month, ordered Benjamin’s Park Memorial Chapel to send all donations to the Zisman’s chosen charities. The BAO also says the funeral business must release all 10 per cent fees dating back to Jan 1, 2016, by Jan. 31, 2023, and publish the fee on its website and in obituaries where the fund is mentioned.  Benjamin’s Park Memorial Chapel — known for being one of the only funeral homes serving the city’s Jewish community — has applied to the Superior Court of Ontario for a judicial review in hopes of striking down the BOA’s decision.

“We are seeking a judicial review for the simple reason that charities like the Foundation clearly and unequivocally do not fall under the jurisdiction of the BAO and are already regulated extensively and thoroughly under existing Canadian laws and regulations as well as the CRA,” says Benjamin in an email statement to Post City.

Benjamin also explained that the family created the foundation, but that it is independent of the chapel.

Other Toronto families have alleged that the funeral home has been less than forthcoming in the past. Suzanne Heft hadn’t thought about her experience with Benjamin’s Park Memorial Chapel for some time — until she heard about the Zismans’ situation in the Canadian Jewish News.

“The funeral itself went perfectly well,” she says of the service that she arranged for her late husband, Harold, in July 2015.

But, towards the end of that year, when she was selecting a headstone from a different business, a salesperson warned her that she might have been charged for a headstone “credit” on her funeral bill. (She suspects the salesperson was familiar with Benjamin’s Park Memorial Chapel and trying to help her out.)

She was shocked to discover it was true: she’d allegedly been charged a monument credit towards the future purchase of a headstone that never occurred. Upon contacting the North York funeral home in November 2015, she was refunded within a week but left wondering if other families had been charged without realizing it, too.

She filed a complaint with the BAO in January 2016. In its investigation into the complaint, the BAO discovered, in a random sampling of 2015 contracts, similar credits were sold to 35 per cent of the mortuary’s clients — but it’s unclear how many were aware. Benjamin’s Park Memorial Chapel committed to the BOA to change its contractual wording for clarity and send four regular reminders to those who purchase the plan within the first two years of the transaction.  Seeing the latest orders against Benjamin’s, Heft wonders at what point a funeral home loses its licence — or at least faces suspension. “How many strikes against you do you have to get before you’re told, ‘That’s it’?”

That depends, according to the BAO.

“It varies related to the risk posed to consumers. Licence revocations occur a few times a year in general,” David Brazeau, the BAO’s communications manager, tells Post City in an email.

The BAO publishes a list of revoked licences on its website. “Follow-up inspections occur to ensure compliance,” Brazeau adds.

The notice of the decision against Benjamin’s Park Memorial Chapel outlines possible consequences of non-compliance: “Failure to comply may result in a Registrar’s action, which includes licence conditions, suspension, or revocation.”

The notice also mentions previous decisions “related to inappropriate extra fees charged to grieving families by Benjamin’s in 2020 and 2021.” The BAO determined the funeral home had to reimburse any of its clients who were charged a “Special Care Fee” for deaths unrelated to COVID-19 or whose fees were higher than listed. Benjamin’s Park Memorial Chapel complied with the decisions in April, providing 258 refunds totally $75,918, plus tax, according to the regulatory body.

“Such extra-fee issues are not common in the bereavement sector as licensees typically show great respect for grieving families,” says Brazeau in an email.

Benjamin tells Post City in the email statement that the chapel is undertaking “a complete review” of its business practices and says the mortuary’s foundation no longer charges a 10-per-cent administrative fee on donations. “We recognize there are concerns and have listened to the feedback,” says Benjamin.

Benjamin says his company would like to release the funds collected in Liam’s name — and even make its own contribution — but can’t until a legal resolution is reached.

Zisman, who works as a consultant but is a lawyer by training, says “it’s hard to comprehend” why the foundation won’t release any funds.

“They are holding money in trust against the bereavement authority’s order,” alleges Zisman. “What I find very sad is the money that was donated in January by friends and family all over the world has been sitting in a bank account… and not deployed to take kids to camp this summer.”  Jordan Solway is one of many who reached out to Zisman after hearing about his family’s struggle. He wanted to share his own experiences with Benjamin’s Park Memorial Chapel.

Following his mother’s funeral in August 2020, Solway filed a complaint against the bereavement company with the BAO. “In essence, it had to do with lack of transparency [and] not being provided with basic information that they’re required to provide,” he alleges.

Following a BAO inspection, the regulator found that the chapel didn’t provide necessary documents, including an itemized price list, before entering the contract, which is required under Ontario’s Funeral, Burial and Cremation Services Act. Benjamin’s Park Memorial Chapel agreed to waive the remaining balance owed on the account.  “Because of the circumstances under which you have to make the decisions — which are pretty rushed, admittedly — I think there’s a heightened obligation on their part to make sure people understand what they’re incurring,” says Solway. “It wasn’t the money; it was the principle of it.”