Toronto Fringe Festival preview: Shows on boats, improv, and a pair of clowns - Streets Of Toronto
Skip to content 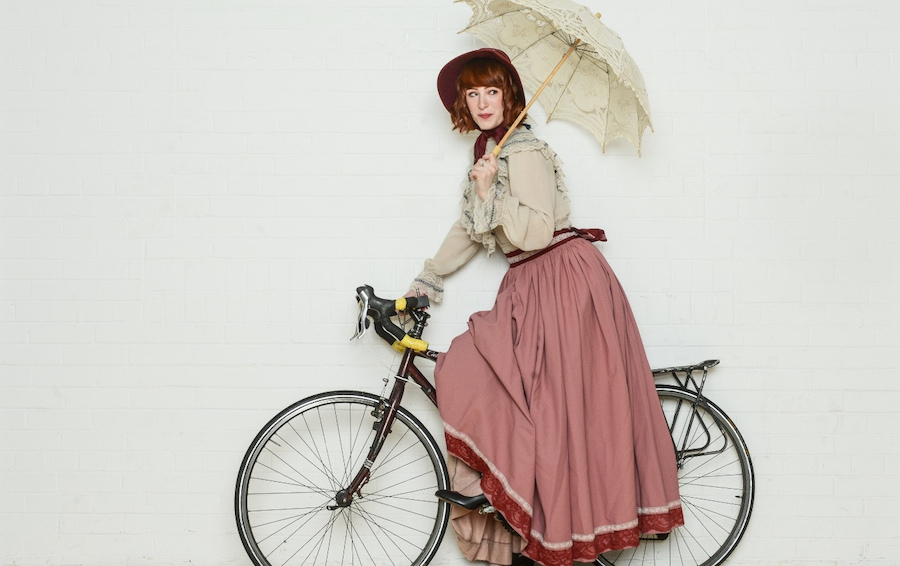 This year's 30th edition of the Toronto Fringe Festival features almost 160 shows over 12 days, extending farther across the city than ever. We dug through the program for suggestions that reflect the incredible variety the Fringe offers, from clown shows and dramas to musicals, kids shows and improv.

Cheri, Al Green Theatre
Sky Gilbert, a prolific playwright over four decades, is debuting a new play based on the novel Chéri. As the aging ex-courtesan Lea, Gilbert has cast Theresa Tova, best known for her extensive TV and film work. She’s had a busy run on Toronto stages in the past year, appearing in Mikvah and The Jazz Singer at the Toronto Centre For The Arts, as well as the Dora-nominated Tough Jews, and the chamber musical Music Music Life Death Music. It’s a reunion for the two artistic creators: Tova’s first professional role in Toronto was in Gilbert’s Torch Song, back in 1980..

Morro And Jasp: Save the Date, Tarragon Theatre Mainspace
Clown sisters Morro and Jasp (Heather Marie Annis and Amy Lee) have literally grown up at the Toronto Fringe. They started out in the KidsFringe before moving to the main festival with their adolescence-themed shows. For their latest, the award-winning duo is tackling an especially grown-up topic: matrimony.

#KanderAndEbb, The Annex Theatre
Cabaret crackerjack Ryan G. Hinds, the 2018 Stage West-Canadian Actor’s Equity Emerging Artist winner, has had many brushes with fame over his extensive career, which includes stints in Hedweg and The Angry Inch (on stage, and on screen), and a recent turn in We Will Rock You. He’s compiled some of his best celebrity encounter stories in this, his follow-up to the 2015 Fringe hit Starry Notions, organized around his love for prolific Broadway composers John Kander and Fred Ebb.

Entrances And Exits, Factory Theatre Mainspace
There are many improvised shows in the 2018 Fringe program, but the one we’re most excited for is Entrances and Exits. A collaboration between the Howland Company (Punk Rock, Lemons Lemons Lemons Lemons) and Bad Dog, it’s noteworthy due to the challenge they’re setting themselves of improvising a “slamming doors” farce (which are notoriously difficult to stage well) and due to their special guest for multiple shows: Colin Mochrie.

Shadow Kingdom, George Ignatieff Theatre
This projection puppet show, by the Mochinosha Puppet Company, uses old-fashioned fairy-tale tropes (young girl in a strange fantasyland) to tackle a 21st century problem: an insomniac tween addicted to her smartphone. The Tokyo-based company previewed this show and its more adult Space Hippo last winter in Toronto, and having seen those, we’re confident they’ll be breakout hits at this year’s Fringe.

Flooded: A Show and Sail Around the Toronto Islands, Pirate Life
This year, the Fringe’s metro Toronto footprint is larger than ever, with site-specific shows  from Parkdale to the Danforth. But one show will take audiences even farther. Flooded is a comedic dance piece for 35 passengers at a time, aboard the Pirate Life Boat as it sails the islands.

I, Idiot, Theatre Passe Muraille Backspace
A late editions to the festival, Jem Rolls, the man "who’s done more Fringes than anyone on Earth," was already coming to Toronto to perform a five-show run at the Red Sandcastle Theatre. Now, the storyteller/poet/ranter will be extending the run of his latest show at the Fringe, replacing a show that dropped out. No stranger to hyperbole (you learn how to sell yourself when you travel to Fringes around the world), he’s boasting that he’s created a new genre of performance with this show — “verbal bouffon."

Bikeface, Annex Theatre
Playwright Natalie Frijia has criss-crossed Canada and beyond, travelling solo on her bicycle, and wrote Bikeface about her experiences. Frijia has already performed it herself, but for the Toronto Fringe, she’ll be busy behind the scenes on the Hardy Boys spoof A Kev n’ Cal Mystery and The Circus Shop Of Horrors (both in the same venue as Bikeface), so she’s handed over the role to Clare Blackwood.

The Preposterous Predicament of Polly Peel  (Act 1), Tarragon Theatre Mainspace
Winner of the Toronto Fringe’s 2018 Paul O’Sullivan Prize for Musical Theatre, this show features music and lyrics by The Associate Artistic Director of the Musical Stage Company, Kevin Wong (Recurring John); a book by Julie Tepperman, co-creator of the Dora-winning Brantwood; and a starring turn by the young Hannah Levinson, a Toronto Theatre Critics Awards winner (and Dora nominee) for her recent role in the musical Fun Home. Rather than present a condensed version of the whole show at the Fringe, the producers have chosen to present the first act in full — but if it becomes a future hit such as Come From Away, you’ll be able to say you saw the first half first.