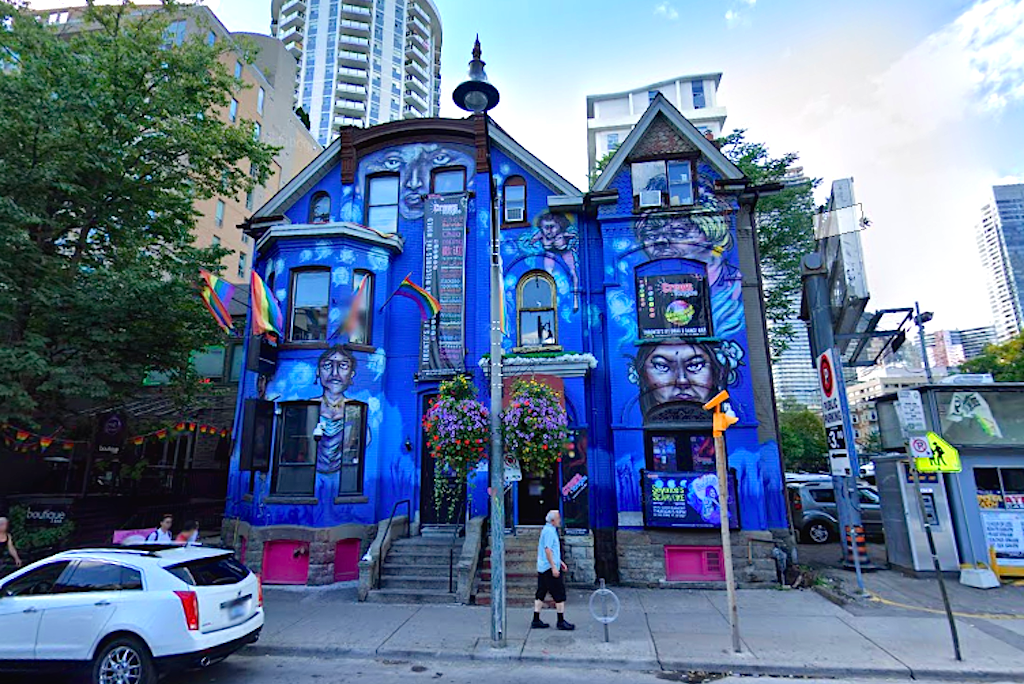 Crews & Tangos, Toronto’s favourite drag bar, is facing off against a possible development, and fans of the club are joining in to support the Village mainstay.

According to the Church and Wellesley Neighbourhood Association [CWNA], Graywood Group (the developer that owns Crews & Tangos’ location, along with surrounding properties) is looking into submitting a proposal to turn the queer landmark into a mixed-use condominium development. Over 200 people have reacted to the CWNA’s Facebook post, and most commenters expressed their dismay at the news.

Hearing the news about the potential redevelopment of Crews&Tangos, and thinking back to the time I snuck out of home and went to my first gay bar with stars in my eyes. It was a safe space and a welcome mat to the village, and still is. #crewsandtangos pic.twitter.com/nN4R7RK4UB

According to representatives from Graywood, the proposed change wouldn’t happen for at least two years, as the company recently signed a new lease with Crews & Tangos.

Crews & Tangos is just the latest LGBTQ+ institution to face being replaced by incoming developments and rising rents, which have been particularly visible in the Church and Wellesley area. The club Fly 2.0 shut down last summer, while Zippers was forced to close in 2016. Another club, Blyss, was forced to shut down after just eight months in 2017.

As of Thursday morning, more than 18,000 people have already signed a Change.org petition to prevent the development from going forward.

According to the petition, “The village is a safe haven for LGBT folk to be ourselves, moving our spaces to the ‘entertainment district’ and mixing us in with non-LGBT crowds will not make us feel safe, put us at actual risk for physical violence from outsiders.”

Ward 13 Councillor Kristyn Wong-Tam responded to the news with a statement on her website, saying, “As the only openly gay Toronto City Councillor and as someone who previously owned a small business in the Church Wellesley Village, I know personally how important safe, culturally significant small LGBTQ2S+ businesses are as gathering spaces for our community.”

The statement continues, “With the support of local stakeholders, such as the Church Wellesley Village BIA and the Church Wellesley Neighbourhood Association, I am working hard to protect the character of the Village in light of numerous Ontario Municipal Board approvals that have overturned City Council decisions.”

It remains to be seen whether Crews & Tangos will be yet another victim of development, or if the community pushback will save it.