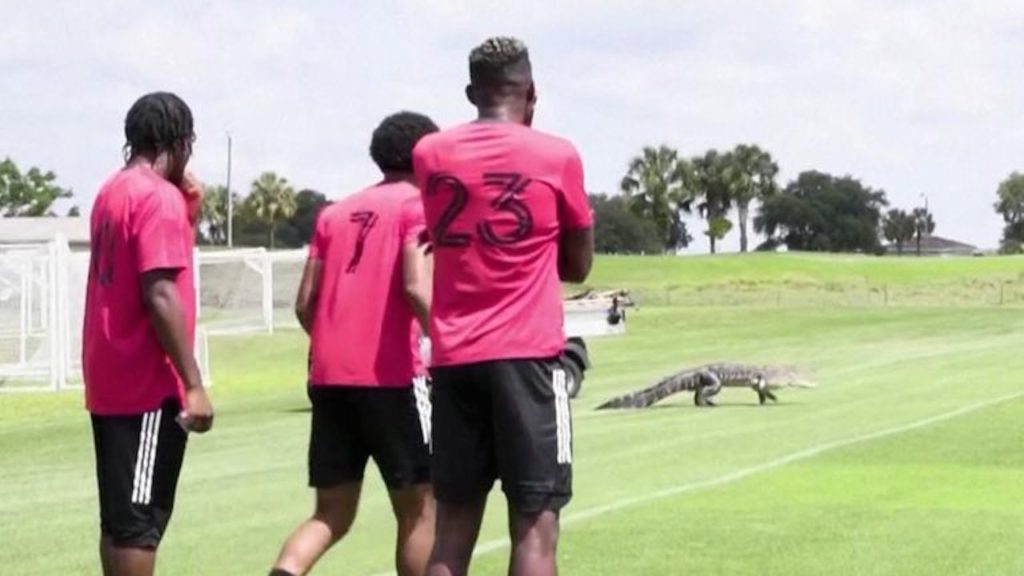 An alligator walked casually across the field where the Toronto Football Club was practicing this morning. The team stopped the session to watch as the medium-sized alligator made its way across the far end of the field. Alligators aren’t something the team is used to seeing in Toronto, but the club had to relocate to Florida this past year due to the pandemic.

The Toronto FC joined the Raptors and Blue Jays in Florida at the start of the season and plans to stay there until pandemic numbers in Toronto decrease. Games and practices will occur at the Omni Resort at ChampionsGate for the beginning of the season, which started on April 17.

The Omni Resort at ChampionsGate field is not new to the team, as past practices and games have been held at this location. The border between Canada and the United States remains closed with numerous sports restrictions preventing professional teams from practicing and playing games at BMO Field.


The aforementioned alligator didn’t seem bothered by the players and made its way across the field without incident. Alligators are common in Florida, especially near the Omni Resort at ChampionsGate, where a nearby golf course is home to watery swamps inhabited by the large reptiles.

There’s no word yet on when the teams might return to Toronto, but fans can stream the games from Florida online or on TV. TFC battles Mexico’s Cruz Azul on Tuesday at Raymond James Stadium in Tampa (home of the buccaneers) sans spectators. The game begins at 10 p.m.