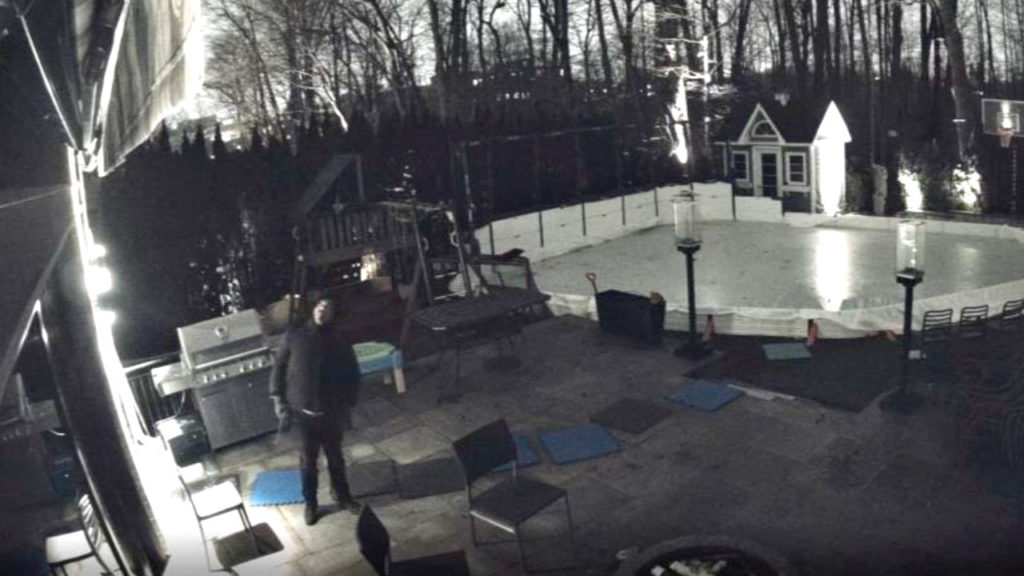 A midtown Toronto family is in shock after witnessing an attempted break-in at their home.

“Yesterday we had an attempted home invasion at 10:20 p.m. on Blyth Hill Road,” wrote the owner of the house, via email. “The perpetrator came in from Sherwood forest and made a brazen attempt to break the door in and tried to break the glass.”

The incident occurred later in the evening with the entire large family with a number of kids at home. According to the homeowner, a high-security door and break-proof glass kept the perpetrator at bay.

Toronto Police Service confirmed the incident and an investigation is underway.

“We are very fortunate this person and their accomplices didn’t gain access. We have a triple-pane tempered glass with 3M anti-glass break film on the windows, 4k night vision cameras and full door integrated multi-point stainless locks on the doors,” he said. “It was actually surprising to see that five full minutes of trying to bash our door systems in with his shoulder, and a steel crowbar was fruitless. Even hitting the window with a two-hander with the crowbar didn’t penetrate the glass. I think this has made the kids feel safer, if entry was gained the sense of security would have been lost.”

When the perpetrator saw people in the house, he left, but he took his time.

“When he saw my wife and my boys coming to the door, he didn’t run he just walked back into the forest,” he wrote. “He was on his phone the whole time with others, assuming waiting in the forest and a driver. The police were at the house in less than four minutes with a 911 call and had a K9 that traced the person from our yard to Bayview where a car presumably was waiting for him.”

Although no entry to the home was gained by the perpetrator, it left the family shaken.

“The five- and 10-year-old were very shaken by this event, the five-year-old in particular. We love the area and would not think about living anywhere else,” he said. “Crime happens everywhere, we are in a bit of a bubble in this community due to our relatively low crime rate however it’s on the rise as it is everywhere. We all need to be vigilant and use whatever resources we have to protect our families and assets from crime.”

A theory presented by the homeowner suggests that the area is being targeted thanks to its easy access to the Sherwood Forest trails that provide an easy escape route for perpetrators.

“This is the second home on the street in the last 10 days where this occurred,” he added.

Toronto break-ins are up six per cent over the last year.