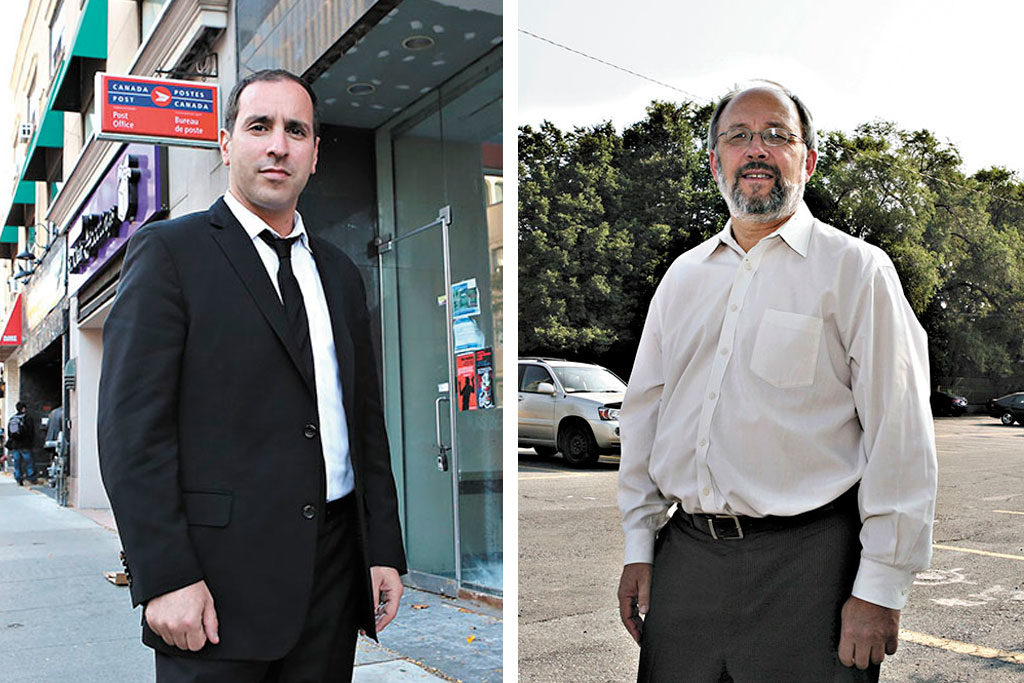 With the recent news that Toronto City Council will be slashed from 44 councillors to 25, residents in some of the city’s most progressive neighbourhoods have a tough decision come Oct. 22. Ward 12 St. Paul’s incumbents are Josh Matlow and Joe Mihevc, longtime friends who spent their political careers with similarly progressive agendas. They now find themselves head to head for the same council position.

“Josh is going to run his campaign. I am going to run my campaign,” said Mihevc. “As I sometimes put it, this is Doug Ford’s version of The Hunger Games, and in these kinds of situations, relationships are obviously severely tested.”

The two incumbents have always looked out for the interests of their community.

“I’ve done lots of work in public health, with supervised injection sites and nutrition awareness,” said Mihevc, who was elected in 2000.

“I’ve done lots of work in community development, as well as dealing with child care and senior issues and tenant issues.”

Mihevc was clear that affordability of housing and recreational and public services will be a top priority. Matlow has road safety among his primary concerns.

“As I sometimes put it, this is Doug Ford’s version of The Hunger Games, and in these kinds of situations, relationships are obviously severely tested.”

“My main focuses continue to be on road safety, ensuring that infrastructure and services keep up with the pace of growth, leading the charge for the subway relief line and neighbourhood safety,” said Matlow, who has held his position for eight years.

However, not everyone is impressed with their achievements. The members of Oakwood Vaughan Neighbourhood Action Partnership (OV NAP) are hoping that the person who gets elected will meet all their concerns.

“We are not able to make political statements about candidates,” said Lyba Spring, co-chair of OV NAP. “We can say, however, that the city made commitments to us in 2015, and not all of them have been fulfilled.”

Shortcomings they cited include the need for more active involvement with neighbourhood youth and better use of existing neighbourhood space. But other community groups disagree.

“Councillor Matlow and his staff have always been accessible, supportive and helpful toward our association,” said Brian Maguire, chair of the Forest Hill Homeowners’ Association. “We believe, therefore, that he should be re-elected in the new ward.”

It’s clear the race for councillor in St. Paul’s will be very close.

“My only focus is winning this election, so that I can do the work the I love for my community,” said Matlow.