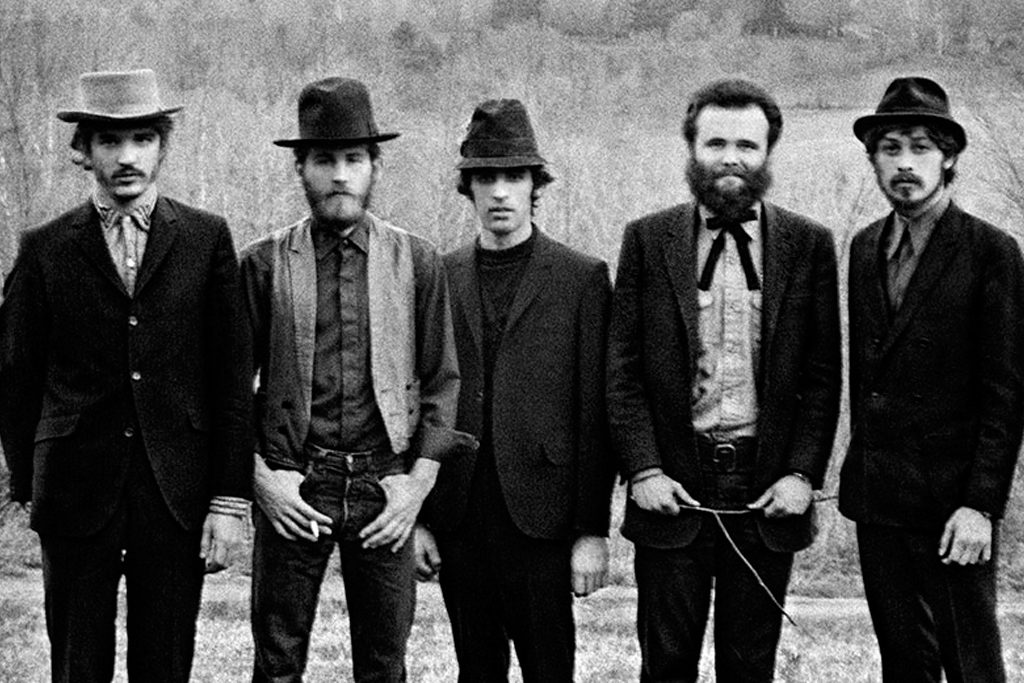 So… Your film is opening TIFF. Thoughts?

Well, for a while, I was saying it’s a dream come true, not exactly accurate because I never dreamed this was possible. This has exceeded every possible expectation I’ve had. And I am just so humbled. I cannot tell you how extraordinary it is. A kid from Toronto, I got this huge opportunity, and I worked really hard to make this film as good as I could for Band fans everywhere. So to be honoured with this, to be the first Canadian documentary to open the Toronto film festival? I am beyond words.

Were you a fan of the Band before this project came along?

I grew up listening to the Band. Their music was the soundtrack to my life. I just knew they were Canadian and an iconic band. So that’s what motivated my initial interest and after Robbie’s [autobiographical] book came out, I just thought it was such an amazing story. His story reads like fiction. It’s absolutely remarkable. This half-Jewish, half-Mohawk kid who envisioned this life for himself.

What did you find appealing about their music?

It seemed like it came from another place, another time. I recognized that it told stories. The music itself, I didn’t know what the blues were, or gospel or ragtime — all the foundational music that the Band drew from. It was just a sound I’d never heard before that I was very interested in. It was really compelling. When I was in high school, I turned “The Night They Drove Old Dixie Down” into a comic book for an art project at Etobicoke School of the Arts.

And how did you land such a plum gig?

I was fortunate enough to be able to be in the conversation to direct the project. And I think the producers of the film acknowledged my passion and energy for the project that I brought to the table. When I met with Robbie, he later said that he saw a version of his younger self in me. I think he was speaking to the passion and energy and the work ethic, which brought him to where he was, and motivates me.

It seemed like a very interesting time in Toronto’s history.

The Toronto connection was just such an interesting time. The world of Toronto that I grew up in was very different from the Toronto that Robbie grew up in. We often think about Toronto the Good, and it being really clean and safe, but the circles Robbie was rolling in back then was the gritty underbelly of the city. The clubs along Yonge Street — the Coq d’Or and the Brown Derby — were not the fancy pubs, and that’s really where he cut his teeth and learned to play.

Did you find other musicians more than happy to contribute?

Everyone was happy to participate in the project, not just to honour Robbie but also just because they had such a profound reverence for what the Band did and the songs Robbie wrote. Whether it was Eric Clapton telling me about how he travelled up to Woodstock [New York] where the Band was living to ask them if he should break up Cream and join the Band — that was pretty incredible — or Bruce Springsteen saying how on his first album on his incredible song “Blinded By the Light” he was reaching for a Band vocal. He wanted to sound like Richard [Manuel] on that song.

Music fans will be music fans, and it seems some have never let the feud between Robbie and Levon Helm drop. Did you address that in the film?

I think people will have to make up their own mind on that. Part of this feud that exists that people seem to have this notion of, I think Robbie is often mischaracterized. And for certain fringes of the Band’s fandom, he’s almost demonized, and that’s something I’ve never understood. All five of those guys were fundamental to the music. If you took one part out of the equation, you wouldn’t have it. That’s why I’ve never understood why some people have so much animosity. In a hundred years, people are not going to be speaking about whatever the conflict was over. They’re going to be singing “Dixie” around a campfire.

What do you hope people take from the film?

It’s an extraordinary ride. It’s this rambling, rock ’n’ roll film that is rooted in universal themes of love, friendship and this idea that being in a band is really hard. I hope people who watch the film really just enjoy the story and it’s able to foster an even larger fan base for the Band and introduce their music to a new audience.