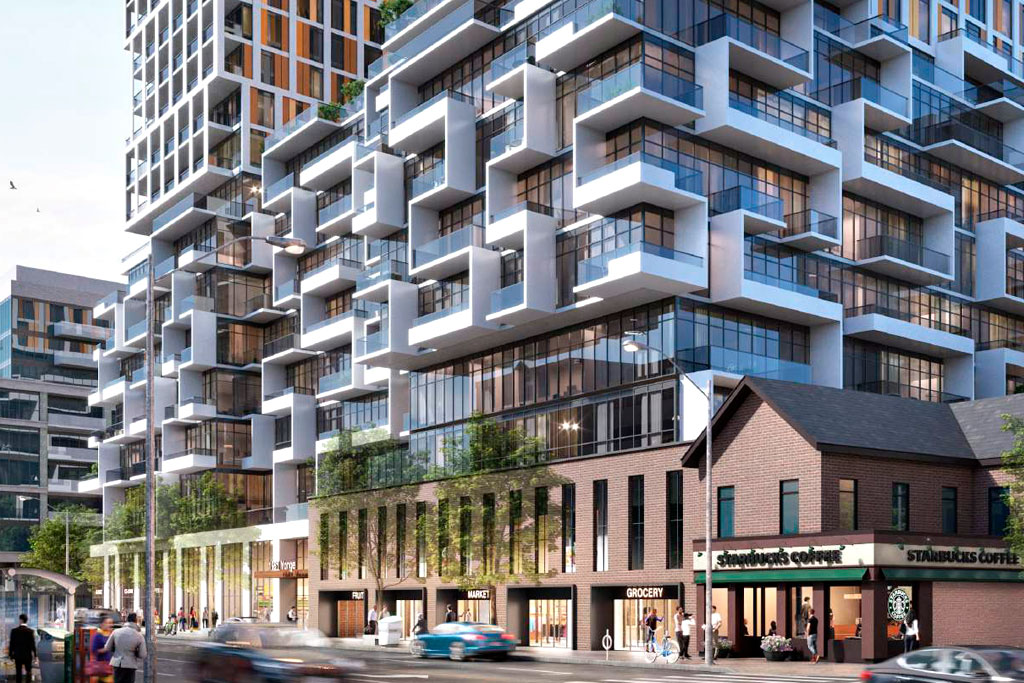 A plan to develop the northeast corner of Yonge Street and Davisville Avenue has been expanded, and the revised plan is, a local councillor said, a result of provincial changes he says favour the development industry.

Last fall, planning consultants Bousfields submitted a zoning bylaw amendment application to the city on behalf of Times Group Corporation to develop a 0.57-hectare property at the northeast corner of Yonge Street and Davisville Avenue. The rezoning would permit the construction of two towers of 30 and 45 storeys in height, containing 821 residential units and connected by an eight-storey podium.

“The greediness of this developer’s proposal is not only the fault of the developer. The signal that they received to come in with such an excessive proposal was created by the Ford government,” said city councillor Josh Matlow.

The application covers an area of land stretching from 1913 to 1951 Yonge St., as well as 22 Davisville Ave. and 17 and 21 Millwood Rd., including six existing buildings, five of which are listed on the City of Toronto’s Heritage Register.

An earlier rezoning application for the area was filed with the city in March of 2017. The revised application features taller towers and has been expanded to incorporate additional properties.

Councillor Josh Matlow has concerns about the proposed development’s height and massing, its shadow effects on the surrounding area, the absence of affordable housing and the development’s impact on local infrastructure.

“In the Davisville village neighbourhood, the heights of the buildings, due to the government’s changes, doubled overnight. That’s what happened,” Matlow said. “They took out a number of the requirements for quality of life provisions that I fought for and the community fought for.”

“We will use every tool that the law provides under the Ontario Heritage Act. Right now we are trying to convince the developer to be respectful of the heritage listing that is there today,” said Matlow.