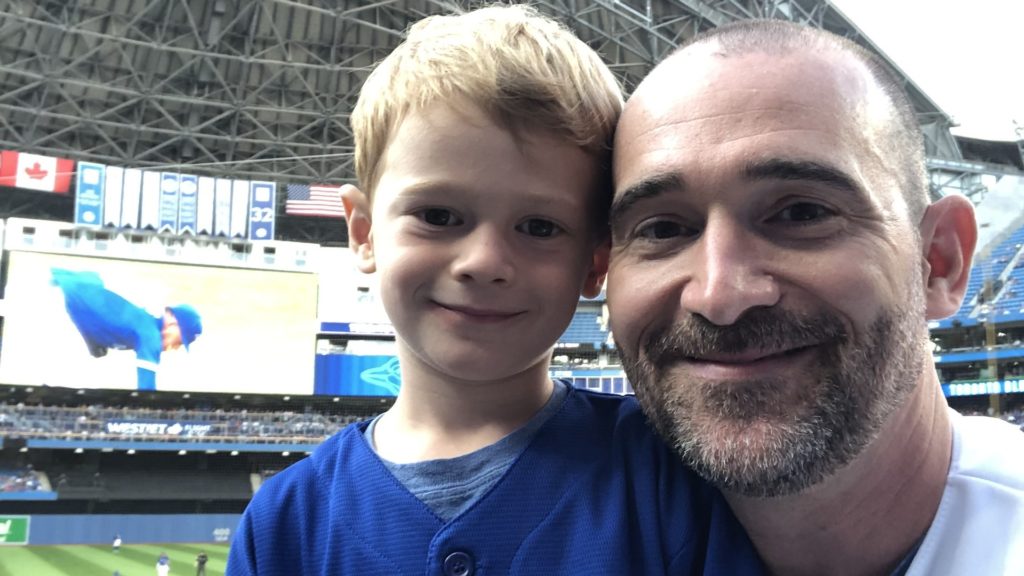 Ontario dad Marc de Breyne wants to share his love of sports with his children, but what he calls “incessant” ads for gambling that often feature celebrities including Wayne Gretzky and Gerry Dee are making him reconsider letting them watch or listen to any games with him at all.

“It’s one thing for there to be commercials, it’s another for them to be incessant, because then it’s really driving home this notion that it’s totally cool and everyone’s doing it,” says the Toronto father of two children, aged four and six. “It’s so repetitive, it’s like brainwashing,” he adds.

After the federal government last year legalized single event sport betting, provinces were free to begin creating their own rules governing the practice and how it is promoted. On April 4, 2022, Ontario launched its new regulated online gaming market, but since then, critics say, ads for sports betting have reached alarming levels — and, some argue, with troubling consequences.

Hôtel-Dieu Grace’s program runs 46 weeks out of the year, treating six clients at a time. Participants learn coping strategies to help them deal with their addictions and avoid future relapses. The new wave of ads, however, means those exiting the program, which is covered by the Ontario Health Insurance Plan, face unprecedented challenges today.

“What people don’t realize is that with a behavioural addiction such as gambling, just being exposed to the stimulation reactivates the neural pathways in a gambler’s brain,” Gabriele explains. “That causes a massive cascade of dopamine in their brain… so that they’re pursuing gambling thoughts, gambling planning [and] gambling behaviour.”

In October 2018, Noah Vineberg completed Hôtel-Dieu Grace’s residential program and has abstained from gambling since August that same year — but he doubts he’d have been as successful if he were being bombarded with betting ads during his first year of recovery.

“I’m very, very grateful that I landed by abstinence and came out of that program when I did,” the Ottawa resident tells Post City. “My heart really goes out to the people who come out of the program now; they’re getting banged over the head multiple times daily and it’s tough to avoid,” adds Vineberg, who says he gambled for 41 of his 48 years of life and sought serious institutional help after the death of his father and his third — and worst — relapse.

In the months since online gambling laws changed in Ontario the ads are everywhere: every other ad on TV, Instagram, everywhere. But I still haven’t seen a single PSA about gambling addiction.#onpoli

He doesn’t understand why broadcasters are barred from running cannabis ads, for example, but Canada and Ontario have opened the door to gambling promotions. “For whatever reason they’ve chosen this one vice,” says Vineberg. “But it could very well end up being the biggest.”

Like Vineberg, de Breyne says stricter rules are needed to curb the influx of ads. “Maybe the gambling ads should start at, like, 9 p.m.; maybe there’s a happy medium,” says de Breyne. When it comes to online streaming, de Breyne wants broadcasters to provide more parental-control options so he and others can choose what kinds of ads they’re exposed to.

Concerns about celebrities endorsing and appearing in ads for sports gambling have been raised in Ontario and elsewhere, with critics worried that these ads appeal to young viewers vulnerable to addiction. The U.K. decided to ban gambling ads featuring celebrities and influencers popular with those under 18 back in April in a new ruling designed to protect children from the betting market.

Ultimately, Gabriele would like to see gambling treated like tobacco — no ads, anywhere. “I mean, look what’s happened with cigarette smoking. It’s kept behind closed doors, behind plain walls, and if people want to smoke, they know how to access it, but — it’s not in your face,” she says. “When you put it on TV, you can’t regulate who’s being exposed.”

If there must be betting commercials, Gabriele says, every single one should be followed by a separate public service announcement on the dangers of gambling. “It needs to be right in your face: this is the reality, and this is how it can destroy your life,” she says. Sports commentators, she adds, shouldn’t be allowed to refer to gambling either, she adds.

The provincial regulator the Alcohol and Gaming Commission of Ontario says it turned to responsible-gambling experts and considered international best practices to develop its regulatory framework.

“Ontario is one of the first jurisdictions in the world to ban the mass advertising of gambling inducements such as bonuses and free plays,” reads a background statement from the AGCO to Post City.

“Our goal is to make sure gaming is provided in a way that minimizes potential harm and promotes a responsible gambling environment,” the statement continues. “Our standards are intended to address the full spectrum of responsible gambling, from prevention, awareness, early-intervention and supports.”

The AGCO did not address Post City’s question about whether the regulator has any plans for more stringent rules, but Vineberg believes it’s only a matter of time before we see a pullback in gambling advertisements — and it may not have to do with regulators at all.

Any celebrity’s carefully managed brand could take a hit if another high-profile individual comes out and says they developed a gambling problem after seeing one of their ads. “The minute that comes out, and their brand just got tainted, the reckoning will come,” he says. “There will be a change at that point.”

For anyone experiencing problems related to gambling, Vineberg recommends considering a residential program like Hôtel-Dieu Grace’s, where you’re removed from your normal environment and can focus on yourself.

Staying in touch with those close to you and being open about when you’re tempted to gamble is crucial, says Vineberg. “The advice that I give that person is to never stop talking,” he says. “If you walk by the machine, and it’s doing that bell sound where somebody wins and it caught your attention, text somebody, say, ‘Hi,’ break that moment,” he advises.

Open discussion, Vineberg explains, holds him accountable and makes it more difficult to lie about any potential relapse. He also records thoughts and feelings in a journal, a practice he began at Hôtel-Dieu Grace and continues to this day.

“The journaling that Noah talked about is so vitally important because in recovery, what you want to do is recover your authentic self that was completely obliterated through the course of the addiction,” says Gabriele, who suggests finding “purposeful and meaningful activities” to participate in and leading a healthy lifestyle as coping strategies, too.

Gabriele also agrees that communication is key. “That is so vitally important because by nature, addiction isolates a person from . . . everyone that they love and the things they find most sacred in life,” she says. “It completely deteriorates their connection to the most meaningful people and things in life.”