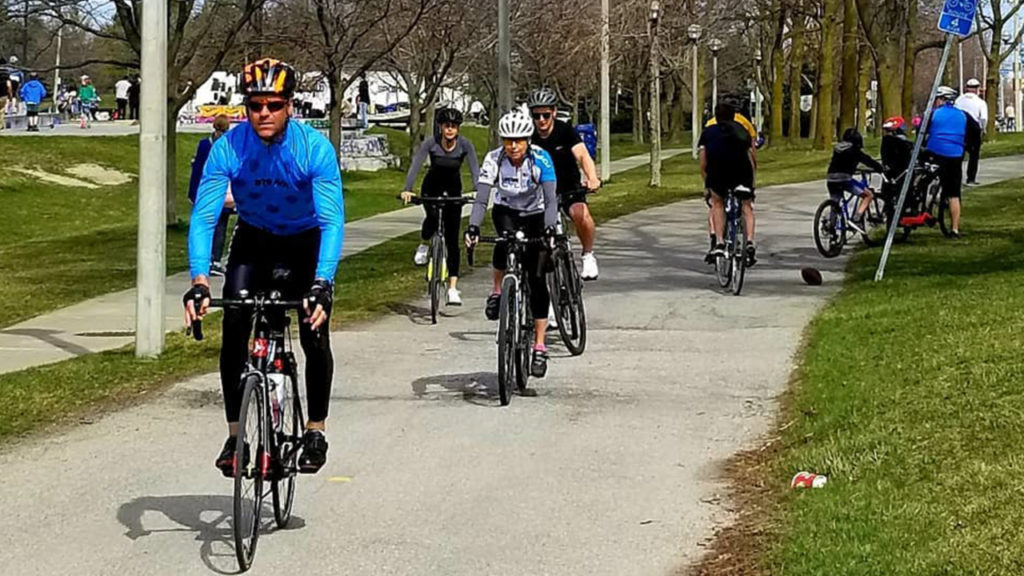 A Toronto cyclist, Saba Ahmad, who was fined $125 for speeding when she was biking through High Park is taking the city to court.

In the summer of 2021 after dropping her kids off at daycare, police accused her of exceeding the 20 kilometre speed limit, clocking her in at about 36 kilometers an hour.  Abha rides a commuter bicycle and told CTV News Toronto she was not speeding at all, simply just cycling the speed she naturally picked up through typical pedaling and the force of gravity.

Ahmad — who also happens to be a lawyer  — is fighting back against the charge and according to CTV News Toronto, “filed a constitutional challenge to a rule that limits the speed of any vehicle to 20 kilometres per hour.”

She purchased radar gun and tested herself, other cyclists and even her seven and 10-year-old children who all far exceeded the 20 kilometer speed limit posted in the High Park bike lanes.

Ahmad wrote in an affidavit as reported by CTV News, “I believe the law as enacted puts my life at risk, by preventing me from operating my bicycle in a safe manner, and in fact requiring me to operate my bicycle in an unsafe manner. Complying with the law is not possible and attempts to comply with it put cyclists in danger.”

She went on to say that the speed she had been going, about 36 kilometres, is necessary in order to safely bike over varying terrain.

The Toronto Police have increased patrol in this area, with Ahmad just one of hundreds of other cyclists who have been caught and ticketed for cycling too fast in the area. The police cite complaints about the cyclists and their speeds from other individuals in the park as the reason for the upped security.

Initially, the prosecutor in Ahmad’s case was asking for to dismiss the charges entirely on the grounds that it lacked any real substance but Ahmad told CTV News that she recently received word the case would continue and wouldn’t be dropped.