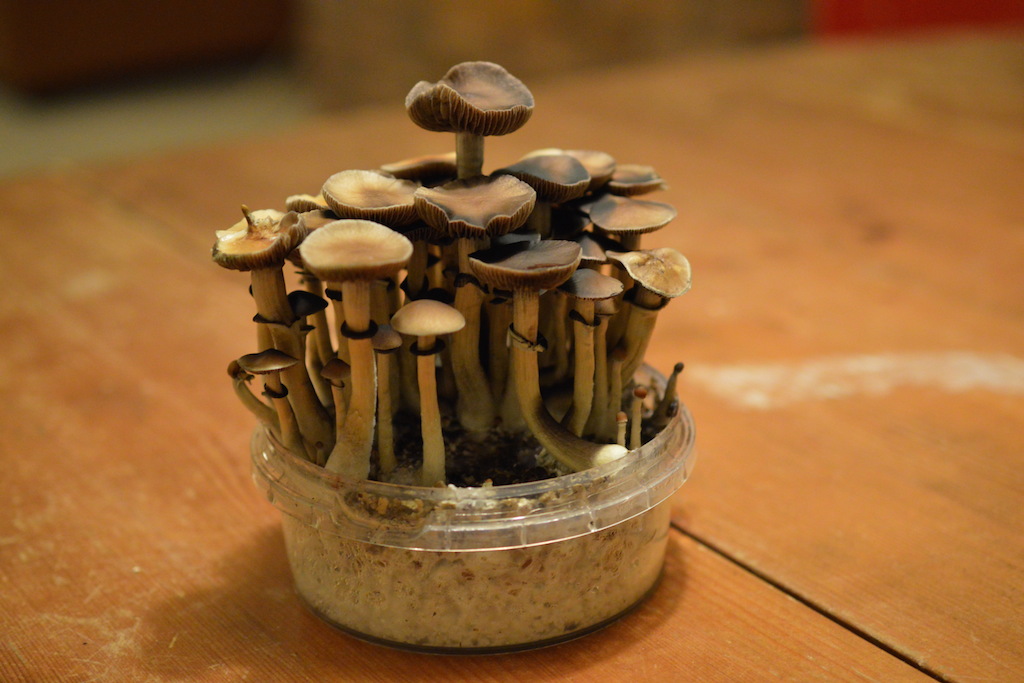 When you think of magic mushrooms, you might not think of them as a solution for mental health and addiction, but it may be headed in that direction.

New Leaf Canada, a Toronto-based cannabis company, is waiting on approval from Health Canada to open a psilocybin research facility in Southern Ontario where they plan to conduct research and clinical trials on the mental health benefits of magic mushrooms.

The company announced construction on the facility will begin in the next two months, and after its completion, it will be inspected for approval by Health Canada.

The facility must obtain a Controlled Drugs and Substances Act (CDSA) licence from Health Canada before producing psilocybin and psilocin, a hallucinogenic drug sourced from magic mushrooms, and running clinical trials.

“The goal with our research is to facilitate clinical trials and extraction methodology around the [magic mushroom] molecule so that we can do precise dosing,” says Chris McCullogh, Psirenity CEO.

McCullogh said that the New Leaf facility, which its subsidiary Psirenity will manage, is working towards creating an alternative to pharmaceuticals for mental health issues and wellness.

If the company gets approval from Health Canada, McCullogh says they hope to launch a clinical trial in two to three months.

“In Canada, we’re working on a condition-led clinical trial of primarily frontline workers and veterans with a treatment desire indicator of PTSD, anxiety, and drug-resistant depression.”

The purpose of this trial would be to treat these conditions with controlled psychedelic drugs such as psilocybin and psilocin.

“We’re working to help people achieve optimum brain health and wellness to help elevate a person’s mental state,” said McCullogh. “We have to just continue to work closely with the governing bodies and ensure that we’re part of the advocacy and education.”

McCullogh says they should hear back on their approval from Health Canada in the next 60 to 90 days.

So-called magic mushrooms have been illegal in Canada since 1974, and since then, only a few exceptions have been made for therapeutic use by people with terminal illnesses such as cancer.

The use of micro-dosing and psychedelic therapy has become more mainstream in Canada in recent years.

Health Canada has also granted a handful of exemptions to various medical health professionals and social workers to use and possess psilocybin in the last year, which has allowed some therapists to further their use of psychedelics in therapy.

Ronan Levy, executive chairman of Field Trip Health, a psychedelic therapy clinic in Toronto, explains that “psychedelic-assisted psychotherapy is the use of psychedelic drugs and molecules, to supercharge conventional approaches to therapy.”

“Those conventional approaches take a lot longer, whereas you can go a lot deeper, further, and faster when you pair therapy with psychedelics,” Levy explains.

In these settings, he says a therapist will guide a patient through a “psychedelic trip” in a safe and controlled environment and unpack the experience afterwards.

Psychedelic research is blossoming in the medical and scientific community as its effects on mental illnesses such as depression, anxiety, post-traumatic stress, obsessive-compulsive disorder, and addiction are being explored.

A 2020 John Hopkins study surveying a small group of adults showed that two doses of psilocybin paired with therapy significantly reduced depressive symptoms, and half of the participants were in remission after one month.

Cannabis was legalized in 2018 in Canada, and while it can be used for pain management and medicinal purposes, it is commonly used as a leisurely substance.

Levy recognizes that, like cannabis, psychedelic mushrooms do carry some stigma.

However, he says the difference is that cannabis can be used for recreational use at home, whereas legal psychedelics are strictly used for medicinal purposes.

“The difference is that psychedelics are part of a therapy process, and they’re done in a controlled environment with a therapist present,” Levy says.

“The research on psychedelics, which is just far more advanced than it is with cannabis, just shows such incredible efficacy.”

McCullogh echoes this thought and goes on further to say in Psirenity’s context that he doesn’t see any parallels between cannabis and psychedelics.

“I don’t see that comparison at all. For Psirenity it’s not recreational. It’s not for leisure activity. It’s to try and allow people to become their best medical selves,” he says.