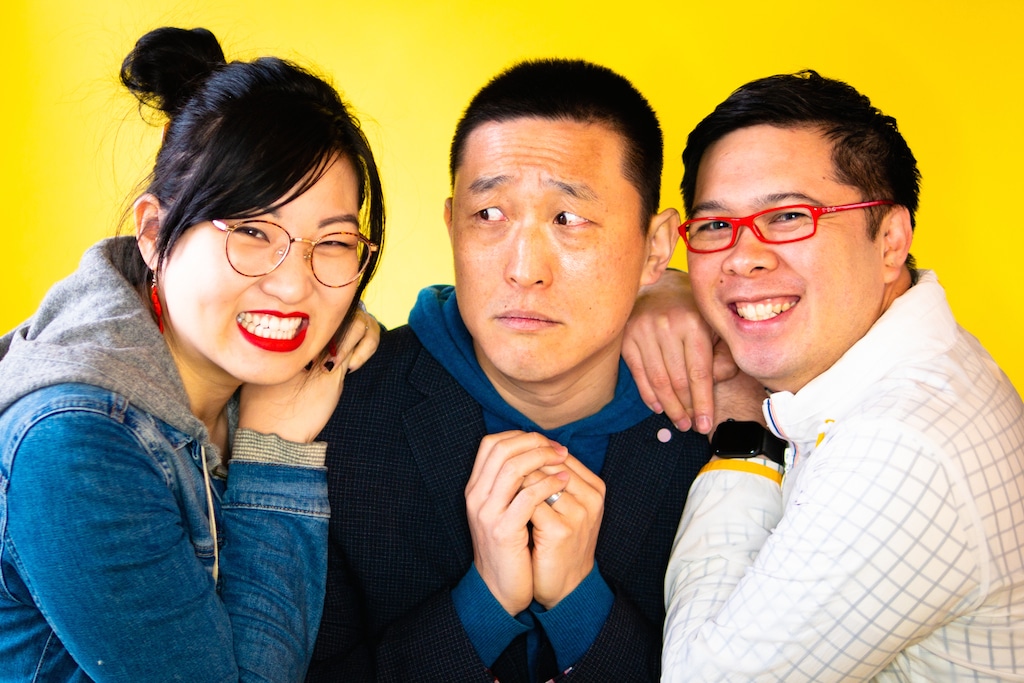 Over 10 years ago, Leonard Chan was basically swimming in sewage after a pipe burst while on the job as an environmental engineer. Being up to your chest in sewage, he says, really put things into perspective for him and led him to his current career in comedy.

“Shortly after the incident, I took off all my clothes, sat in my car and just cried for a little while,” he says with a laugh. It was then that Chan started thinking about pursuing something more creative.

That decision led Chan to his new career as a comedian. He has written for CBC Comedy and The Beaverton, and performed at comedy festivals in Halifax, Winnipeg and Montreal, including Just For Laughs.

As a kid, Chan wrote short stories and even a few novels.

“I just like language. One of my favourite things to do is write. I just never considered being able to make a career out of it,” he says.

So in high school at Crescent School, Chan picked practical courses that corresponded with an engineering degree because he thought that, with engineering, there would at least be room for some creativity.

“As I quickly learned in school, creativity in engineering is not a good idea,” he says. “Because if you get creative, people die. So you kind of have to do things the way they’re meant to be done.”

Chan quit engineering shortly after the sewage debacle and after writing for a bit, tried his hand at comedy. His brother-in-law was hosting a comedy show in Vancouver and Chan invited himself to perform in it.

It was an impulse decision on Chan’s part, and he scribbled down a four-minute set the night before and went in with that prepared.

“Prior to that, you know, my vision of what open mics would be was, like, a dingy basement with a bunch of really sad guys talking about their penises,” Chan says.

But that night, a bunch of more professional comics dropped in, including K. Trevor Wilson, who Chan had to follow.

Eventually, Chan entered and won the Flat Tire Comedy competition, and from there the opportunities continued. The producer of the competition, Chrissie Cunningham, asked him to co-produce the show.

Chan says that as he got more comfortable performing, and experienced more of the comedy world, he started talking more about racial issues in his comedy.

“Asians are not generally assumed to be funny, so it worked against me. When I started, it was very rare that you get more than one Asian on a show,” he says. “A booker was telling me, ‘We can’t have too many Asians because you all talk about Asian stuff,’ ” Chan recalls.

That’s why Leonard Chan’s experience doing RICE, an Asian comedy showcase run by Vong Show, has been so different.

“We were able to talk about things that transcend race. We could talk about anything,” says Chan.

The next show, hosted by Ron Josol and featuring Vong Show, Cassie Cao, Jennifer Hsiung and Leonard Chan, is the Chinese New Year Special on Jan. 24 at Glenn Gould Studio.