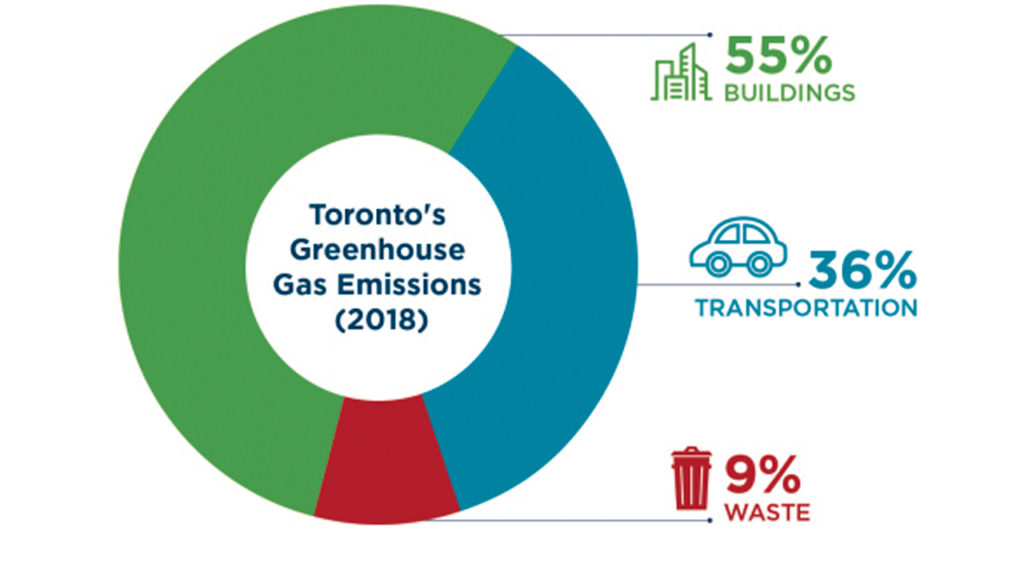 The effects of climate change are being felt across the nation and across the globe. The Cop26 Summit is not the only place where action on climate change is being discussed. In 2019, Toronto City Council unanimously passed a motion declaring a climate emergency. The motion set the framework for the actions that will be required to reduce greenhouse gas emissions so that the global temperature rise stays below 1.5 degrees Celsius.

The action plan arrives for the December city council meeting and will outline what the city, and each of us, will need to undertake to reach the stated goal of net zero emissions by 2050.

Since 57 per cent of greenhouse gas emissions in the City come from buildings using natural gas, the plan will need to address its widespread use in most of the buildings and homes.

The current goal is to phase out natural gas by 2030 and ensure all new buildings are constructed to produce near zero greenhouse gas emissions. The enormity of phasing out natural gas cannot be understated and could result in significant increases to the average home’s electricity bill and rolling brown-outs.

Waterfront Toronto had a vision to build a modern city and partnered with Google on a plan to build the city of the future. Sidewalk Labs, the subsidiary of Google, was hired to build the plan but got mired in controversy and closed up shop. But one of those ideas, which was largely overlooked, was the plan to build a thermal power grid that would rely on clean energy and had the potential to power an area much larger than the development site.

The waterfront still needs to be developed and there are current plans underway. This is the time for the City to figure out how to power those developments in a sustainable way that could lead the way forward to net-zero emissions.

There are many actions that we will all need to take over the next decade to reduce global emissions.

Designing and building zero-emissions homes is something that the City can contribute to since Toronto is the fastest growing city in North America.

Hopefully the City’s report will include some boldness and pragmatism alongside the platitudes.