One dead, one injured following explosion at Toronto chemical plant - Streets Of Toronto
Skip to content 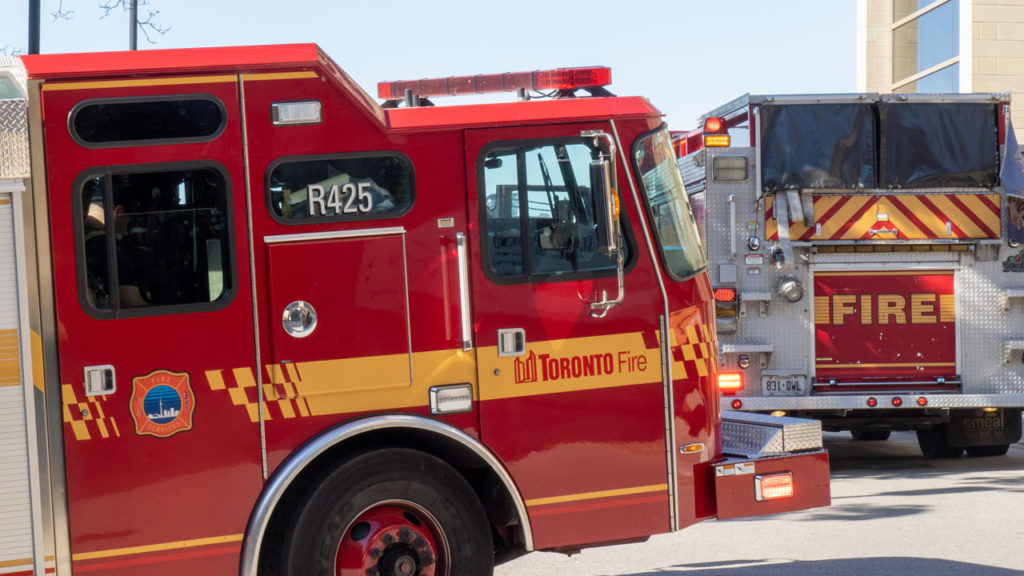 Toronto Police Services has reported an explosion at a chemical plant in the Toronto neighbourhood of Leaside resulting in at least one person being killed and another injured.

The explosion occurred at approximately 9:50 a.m. in the area of Wicksteed Avenue and Beth Nealson Drive in the industrial business park area of Leaside to the east of Laird Drive and south of Eglinton Avenue.

It is reported that the explosion took place at 225 Wicksteed Ave., which is the address of Siltech Corporation.

TPS reported that the plant has been evacuated and that the chemical spill has caused a fire. Roads and railway in the area are closed and emergency services are on the scene.

According to a report on CP24, firefighters are using foam to battle the blaze, resulting in thick black smoke filling the skies.

“These types of fires are a lot more difficult than what the public is used to because you have to pick a specific extinguishing agent in relation to the chemicals that are on fire,” Acting Fire Chief Jim Jessop was quoted as saying to reporters.

Due to the nature of the incident, it will be classified as an industrial accident and investigated by the Ministry of Labour, according to TPS.