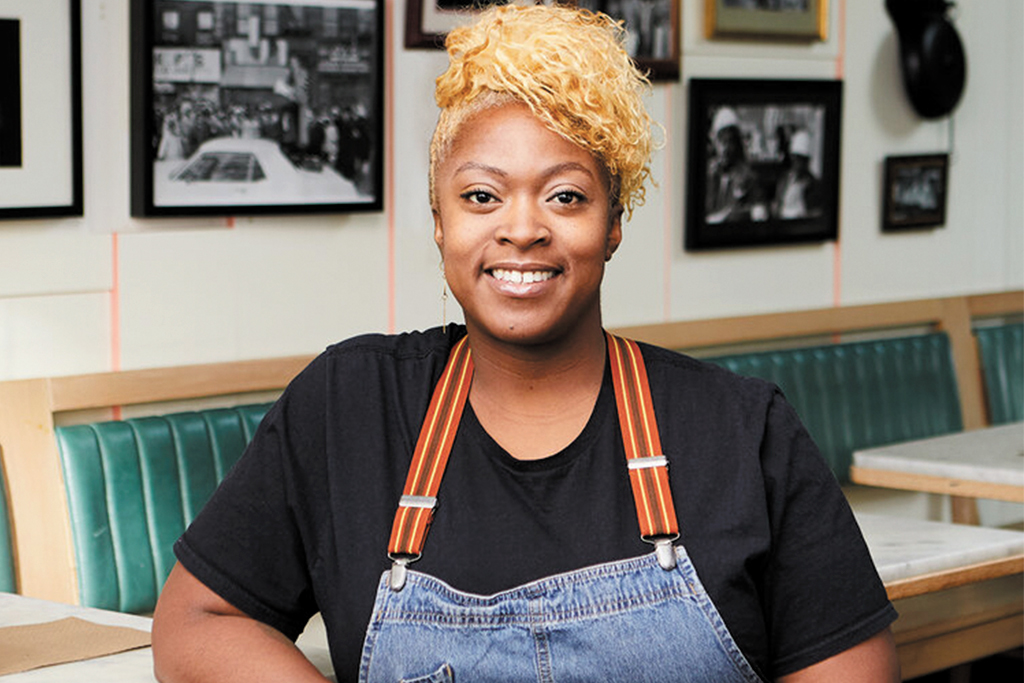 The pop-up event includes a nine-course dinner, a copy of Barr’s new book, an excerpt reading from the author, and a book signing. Portions of the proceeds will go to Not 9 to 5, a non-profit global leader in mental health advocacy for the food service and hospitality sector.

Written with Suzanne Hancock, My Ackee Tree: A Chef’s Memoir of Finding Home in the Kitchen, is part memoir, part cookbook. Barr paints a portrait of her experiences battling stereotypes as a Black female cook, to becoming a culinary star in an industry she depicts as being beset by dated practices and landlords with too much power.

Touted as one of Indigo’s “Top Ten Non-Fiction Books for April,” writing a memoir was both a demanding and rewarding experience for Barr.

“The book has been one of the most mentally and emotionally challenging ventures I’ve ever attempted in my life but also one of the most fulfilling,” she said. “I have bled my pain, my joys, and my most vulnerable cherished memories into this book. I hope the reader is able to capture some sense of my soul and be inspired to go on their own delicious journeys with gusto.”

Known as one of Canada’s most respected chefs, Barr is the former owner of popular brunch spots Saturday Dinette and True True Diner and is the founder of the Dinette’s Program, which trains young women of colour to help them gain culinary skills and life experience in the kitchen. She’s also a television personality, having appeared as a resident judge on the Food Network series, Wall of Chefs, and had a starring role in the documentary film, The Heat: A Kitchen (R)evolution.

Known for her take on classic comfort foods using plant-based ingredients, the collaboration with Queen West’s, Osteria Du made sense for Barr as their team of chefs share mutually aligned values for social advocacy.

During the pop-up, guests will be able to sample signature dishes from Barr, including her Jerk Chicken Panzerotti and Rosemary Socca with Lavender Ricotta which will be combined with Osteria Du favourites such as Papperdelle Bolognese and Fritto Misto.

Tickets for the pop-up are $120 and can be purchased here.